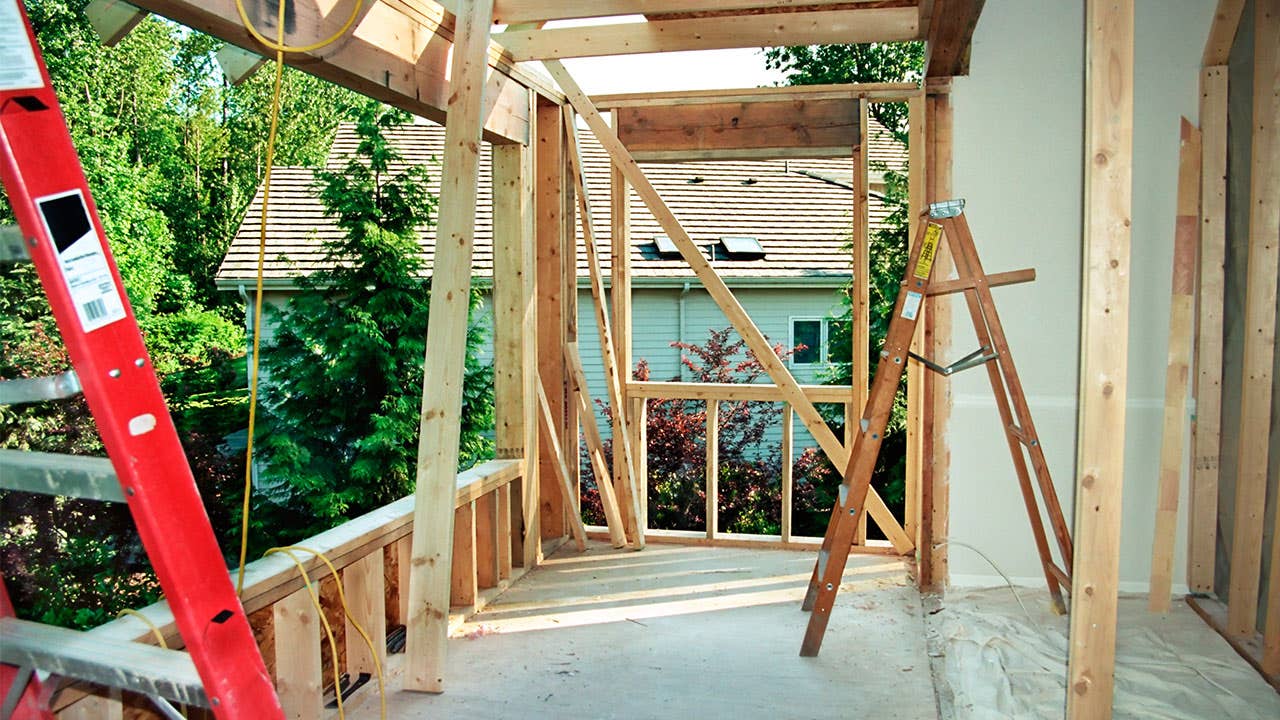 When properties are “flipped” for a quick profit, the sellers usually make out OK. But what about the buyers? How can they be sure they’re not buying a flop?

To find out, we spoke to Reuben Saltzman, a home inspector with Structure Tech near Minneapolis; Tyler Karu, interior designer/house flipper and founder of Landing Design & Development near Portland, Maine; and Justin Pierce, an ex-Marine turned flipper and president of Snow Goose Homes in Woodbridge, Virginia.

The sooner you can determine whether your fixed-up home is the treasure it appears to be or a dust heap in disguise, the better your chances of backing out or having the flipper pay to make things right. Flippers, after all, are highly motivated sellers.

Here are seven warning signs of a failed flip, according to our real estate experts.

1. Flaws in the new flooring

If you want an immediate assessment of the overall quality of a flip, just look down — at the flooring. Saltzman says poor workmanship on new flooring is a warning sign.

“If they’ve got flooring butted up to base molding and butted up to doorjambs,” he says, “that’s a big red flag, or at least a big yellow one.”

The proper method is to remove the base molding and cut out the bottoms of the doorjambs and lay the flooring beneath them.

Pierce uses this same test to assess the work of his contractors.

“If it just doesn’t look right, particularly at the trim, that’s going to be the most obvious to a potential buyer,” he says. “Carpet is going to be hard to tell, but hardwood? It’s kind of hard to screw up hardwood, but it would be obvious if they did.”

2. Careless workmanship in the kitchen

“There is this kitchen triangle design that traditionally works for cooking,” she says. “When appliances aren’t laid out correctly, that’s the first thing I notice that may have been done to stick to a budget. They’re using an existing layout just to save money.”

Gaps between backsplash and countertops and new doors poorly installed on old cabinets also are signs of poor workmanship.

But Saltzman is more concerned by what he can’t see. He opens the cabinet beneath the kitchen sink.

“You have your garbage disposal, dishwasher connection, sink drains, water lines and the electrical for the disposal and dishwasher — a lot of basement-y kinds of things right underneath the kitchen sink.”

Pierce’s advice to potential buyers? “Don’t be distracted by the kitchen bling.”

“They definitely do,” Saltzman says. “People do their own wiring, they don’t know how to do it to code, and they often have too many lights or outlets on a single circuit.”

He recalls a house-flipping scenario where the garage and kitchen lighting had been wired on the same circuit. “We had the lights on and when we hit the garage door opener, that was enough to overload the circuit and trip the breaker without even having anything plugged in,” he says.

“A lot of that has to do with framing and decisions that were made after the framing went up,” she says.

When in doubt, she replaces the whole works.

“We have codes to prevent potential hazards to the house and inhabitants. Although it can run over $10,000 to rewire a home, that’s one area where corners should never be cut,” she says.

One common makeover misfire might be overlooked on a casual walk-through. Beware of interior or exterior doors that:

The same malady can misalign windows, too.

“Whether it’s through weather or the house settling itself after you’ve completed a lot of work, things can shift by millimeters and cause the house to not function as well,” Karu says.

The problem also can be caused by a common contractor shortcut: replacing a door but not the existing jamb.

“That shortcut is actually a lot more complicated,” Karu says. “A lot of times, it’s actually easier to replace the entire door and jamb so that everything lines up.”

But Pierce says sloppy or rushed work can mess that up, too. What’s a potential flip buyer to do?

“If someone is really serious about this, take a level along with you and put it on the doors and door frames to see if they square up,” he says.

As a trained interior designer, Karu knows how to mix metallic finishes on faucets, lighting, doorknobs and cabinet pulls.

“It’s all done very thoughtfully with a design plan in mind. You would certainly notice that the metals are not the same, but it would look right and appropriate, and the finishes are not cheap,” she says. “It’s not like they’ve mixed an inexpensive lacquered brass from the ’90s with a brushed nickel door handle.”

Unfortunately, house flippers are notorious for choosing price over appearance.

“A lot of times, what you see in a flip is, people were able to get hardware on sale and lighting on sale and plumbing fixtures on sale, and none of it matches,” she says. “But they don’t care because it was all purchased on sale.”

Pierce says tricking out the bling has its downside. “When people just throw expensive fixtures in there that aren’t installed right … then it looks like you’re covering something up.”

Get your home looking great with a home improvement loan.

A properly functioning heating, ventilating and air conditioning, or HVAC, system is the heart of a comfortable home.

Unfortunately, when a house-flipping team turns a residence into a construction zone for weeks or months, the damage that drywall dust and other airborne debris can do to the home’s HVAC system would make you cry, Saltzman says.

Unless they inspect beneath the surface, prospective buyers may mistakenly believe that everything has been redone. “It hasn’t been completely redone; they redid the cosmetics,” Saltzman says.

Flippers can be flippant when it comes to safety rails and other safety features that are in the home they’ve acquired.

“Safety features are definitely regulated by code, but code goes to the initial installation of something,” Saltzman says. “If something met code at the time it was done, it still meets code today, even though it wouldn’t meet the code of a new install.”

The results can be hazardous. Inspector Saltzman has seen flippers reattach safety handrails into nothing but drywall, for example.

Karu says house flippers have a moral and financial obligation to make their flip safe.

“You are responsible for maintaining the safety of a home; that’s what codes are for,” she says. “It’s got to be safe because you’re liable for at least a year for the safety of the people living in the home after you finish it.”

Consider getting a personal loan to finance a home improvement project.