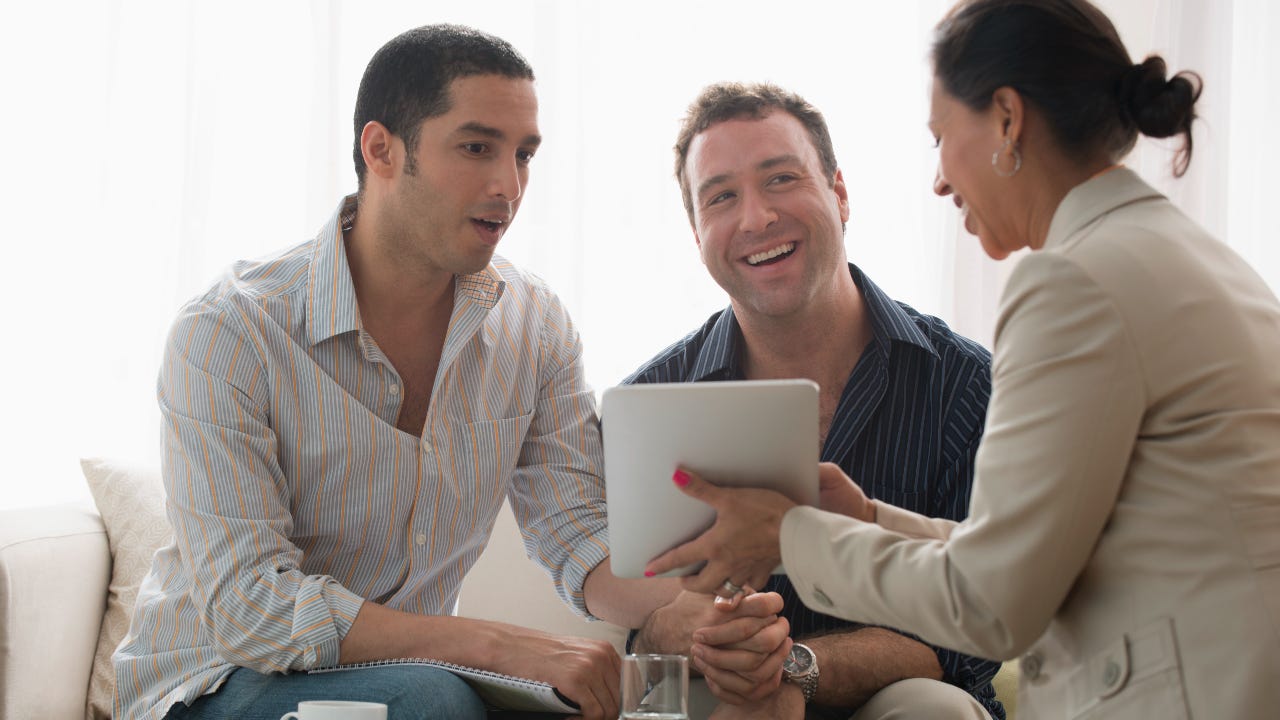 As a 30-year-old mortgage reporter, I’ve been a resource to friends who all seem to be buying houses these days. It’s a blessing that goes both ways, because while I have knowledge to share, my friends also run into homebuying issues that become stories like this one.

A few weeks ago, two friends sent me this message:

“Our third house option from Sunday seems to like our offer but apparently doesn’t want to work with [our mortgage lender] because of some apparent bad experience with them in the past…but the selling Realtor was like, ‘Oh my daughter does mortgages.’ MAD SUSPICIOUS.”

It sounded sketchy, but I realized I wasn’t sure if it was actually an acceptable reason for my friends’ offer to get turned down. So, I decided to find out. Buyers beware: This story is going to disappoint you.

Why home sellers can reject your offer

Sellers have a ton of leeway in deciding who to pass their property to.

“Nobody has a contractual right to buy anybody’s house. If someone doesn’t want to sell it to them, they don’t have to,” says Larry Platt, a partner at Mayer Brown law firm in Washington, D.C., in the financial services regulatory and enforcement practice. “You can’t engage in unlawful discrimination, but not all discrimination is unlawful.”

The Fair Housing Act is the primary legislation that deals with housing discrimination. While it prohibits sellers from refusing offers based on a number of protected classes, it gives them considerable discretion in plenty of other ways.

“You couldn’t refuse to sell a house because they were Black or a woman or a member of a protected class,” Platt says. “Other than that, a seller doesn’t have to sell to anybody they don’t want to. They can even discriminate on legal bases: ‘I don’t like you, you bothered me.’”

Even so, my friends’ situation was a strange one from a Realtor’s perspective, since Realtors are required to pass along and advise their sellers about all legitimate offers.

Shanta Patton-Golar, regional vice president at the National Association of Real Estate Brokers and an agent with ERA Brokers Consolidated in Las Vegas, says sellers rarely have their own opinion about different mortgage lenders, but their agents are likely to have more experience with different institutions and are permitted to advise their clients about how they operate.

“Not all lenders are created equally and sometimes you do have an approval letter that’s not worth the paper it’s printed on,” Patton-Golar says.

Can buyers be pushed to use another lender?

“There is a practice in the marketplace that a seller can require you to be preapproved by their choice of lender just to make sure that the lender they trust can also vouch for the fact that this person is financeable, but they cannot require them to obtain a loan by that person,” Patton-Golar says.

But, she adds, it can be a violation of the Realtor’s Code of Ethics for an agent to be too aggressive about pushing buyers to another lender, not only because it can make things unnecessarily difficult for buyers, but also because it may prevent sellers from fully understanding and accepting legitimate offers.

“The National Association of Realtors [NAR] Code of Ethics does not allow us to speak ill, or sway a buyer one way or the other,” Patton-Golar says. “That’s a really slippery slope, and for this particular agent, for them to push for a lender that they had investment in is a definite no-no.”

What recourse do buyers have if they think their offer is being unfairly rejected?

NAR confirmed in a statement to Bankrate that sellers, not their agents, are ultimately responsible for accepting or rejecting offers, and sellers are not covered by the Realtor Code of Ethics. However, a Realtor (an official NAR member) can be disciplined by the organization if they don’t give buyers a fair shake.

“If any advice given to the seller was motivated by self-interest and not in the client’s best interest, it may violate the code,” a NAR spokesperson told Bankrate. “Beyond the ethical concerns this scenario presents, it may also pose a RESPA issue if the agent receives a kickback or referral fee for his referral to his daughter’s company.”

RESPA, the Real Estate Settlement Procedures Act, governs the fees around a real estate closing and prohibits unfair charges and kickbacks from being part of those transactions.

Because sellers have so much leeway, however, it can be difficult to prove RESPA violations, or even NAR Code of Ethics infringements. In my friends’ situation, for example, the seller’s agent may have avoided a RESPA violation because he disclosed that his daughter worked for the lender he was recommending, so long as he wasn’t getting a kickback.

The market remains cutthroat in most areas and buyers need to be ready for a competitive slog to the finish line. I watched as my friends came to grips with the fact that they’d have to offer more than the asking price on pretty much every property they wanted, and adjust the parameters of their search to include properties that would have been off the list at the beginning.

Being flexible in this market is important, including offering compromises like longer closing timelines or lease-back provisions to sellers who themselves still have to find a place to move to.

Many buyers are still waiving contingencies, but Platt says that strategy brings potentially a lot of extra risk.

Instead, it’s a safer bet to make sure your financials are in order — including a preapproval letter from a reputable lender — and that you’re ready to move quickly and aggressively on properties you like. Your Realtor should be able to recommend a lender they like working with, and Bankrate’s reviews can help guide your search.

Outside of the bounds of Fair Housing, sellers can turn down an offer for almost any reason. They don’t necessarily have to take the most cash if there are conditions they prefer from other, less-flushed buyers. It can be frustrating to watch as property after property goes to someone else, but in this seller’s market, buyers have little recourse other than to keep their chins up and keep trying.

Ultimately, my friends didn’t get the house where the seller’s agent suggested another lender, but they did have an offer accepted on another property soon after. I’m already picking out paint colors for their guest room, which I intend to make something of a second home as repayment for all my wonderful advice — assuming their upcoming appraisal is favorable.