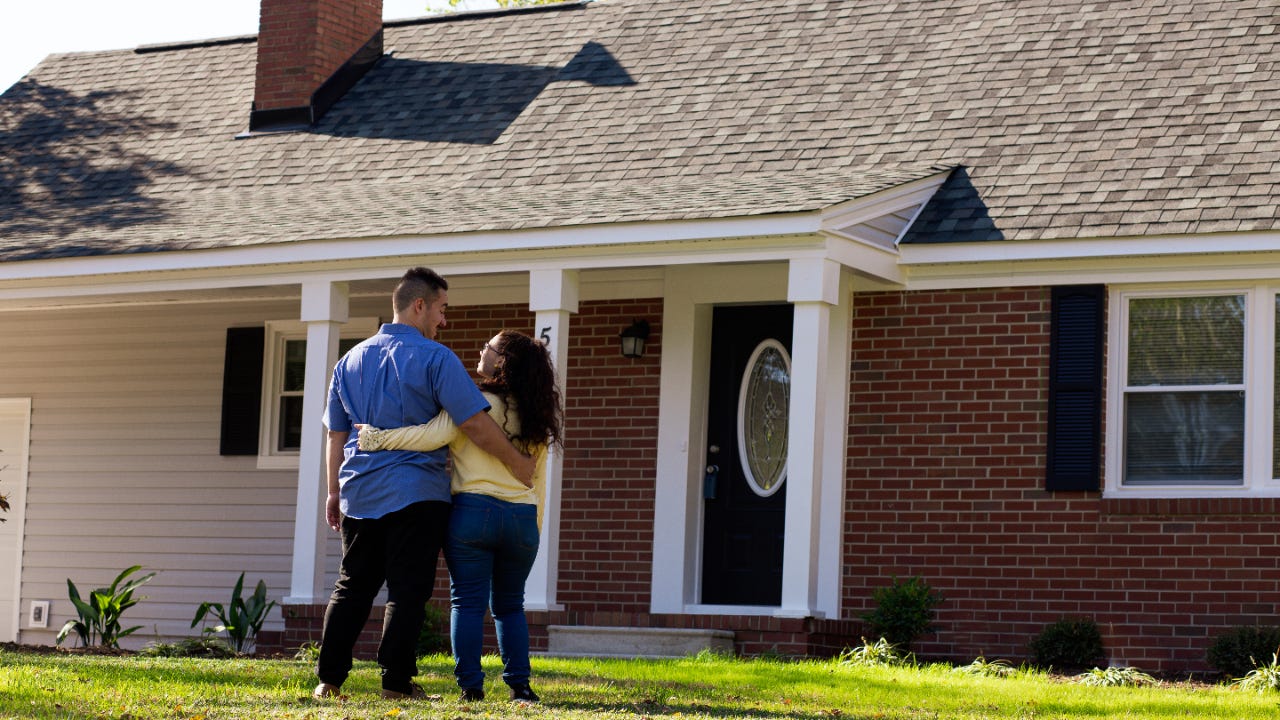 First, let’s dispense with the obvious: There’s a long history of racial and ethnic discrimination in the mortgage and real estate industries.

Historically, nonwhite people have been barred from certain (usually “more desirable”) neighborhoods, and have long been viewed, generally, as “riskier” by lenders.

In every bracket from 0 percent through 5.99 percent, White borrowers held mortgages at higher shares than Black or Hispanic homeowners. However, Black and Hispanic borrowers were much more likely to hold mortgages in the most expensive category — 6 percent interest or more.

Black and Hispanic borrowers were also more likely than White homeowners to not know their mortgage interest rates.

In general, these statistics mean that nonwhite homeowners are more likely to be paying more mortgage interest, and are probably less likely to refinance.

Bankrate’s poll surveyed 1,325 homeowners who have a mortgage. Among respondents, 979 were White, 99 were Black, 161 were Hispanic and 85 said they were part of another demographic.

During a panel Wednesday on racism in the housing and mortgage industries at the business journalism association (SABEW)’s annual conference, Edward Golding, executive director of MIT’s Golub Center for Finance and Policy, said that housing-related expenses are a major contributor to the wealth gap between Black and White families.

“Black homeowners each year pay about $1,800 more for their mortgage and another $400 more on their property taxes,” Golding said. “That adds up.”

He added: “That difference, if you didn’t have to spend that extra, if you had just invested it in a savings account, you would have about $65,000 more in savings” by the time you retire. “That’s about half the differential of Black families at age 65 and White families at the same age.

In past generations, discrimination against nonwhite homeowners was more explicit, but with more legal protections in place against outright discrimination by lenders and sellers, the reasons that Black and Hispanic borrowers tend to have higher mortgage rates can be more subtle.

Part of the explanation is that nonwhite borrowers are more likely to be worse off financially.

“Especially after COVID-19, because of the tightening credit, it became more difficult for those with lower FICO scores to refinance their mortgages to take advantage of the lower rates,” said Jung Choi, a research associate at the Urban Institute. Black and Hispanic borrowers are more likely to have lower credit scores and incomes than White borrowers, she said.

Lenders should be offering generally similar rates to borrowers based on their personal financial statistics without taking race or ethnicity into account, Choi said. But, it can be hard for buyers to know how lenders have arrived at their mortgage quote and how different factors were weighted in the lender’s calculations.

“You have neighborhoods that have low wealth; it’s a straight line to redlining,” Rose said.

“The appraisal system as it’s implemented keeps the specter of redlining in Black communities in America,” he added. “How do we offer credit without having to rely on these old systems?”

Both panelists said policy and legislative changes will be needed to overhaul the system to be more broadly equitable.

The most important thing you can do

The key thing is to shop around and compare lenders.

“Your ability to search for multiple lenders and negotiate with the lenders, say Lender A gave you a rate and Lender B gave you a different rate, there is room for negotiation,” Choi said. “Getting a lower rate is possible if you do more searches and if you negotiate.”

If you think you’re being quoted unfair rates, it’s important to compare your offers to others given to people in similar financial situations. Yes, mortgage rates are hovering around 3 percent on average right now, but if your credit score and income are low, and your loan-to-value ratio is high, you’re unlikely to get such a good rate.

Especially if you’re unfamiliar with the refinance process, it’s a good idea to work with a mortgage broker or other professional adviser who can help you navigate the terrain.

Although it won’t affect your mortgage interest rate, homeowners should also be prepared to appeal their property tax assessments if they think they’re being overcharged. Nonwhite homeowners tend to have higher tax burdens than White homeowners do, and because taxes are usually paid as part of your mortgage payments, that means higher monthly charges.

Nonwhite borrowers are more likely to have higher interest rates on their mortgages than White homeowners, but it may not come down to racial and ethnic biases alone.

According to the Urban Institute, the gap between median mortgage rates for White and nonwhite borrowers is fairly narrow, and some of the difference may be attributed to higher rates of economic distress for nonwhite borrowers, as well as fewer refinances among nonwhite homeowners

While broad changes to housing finance regulation may be needed to completely eliminate racial interest rate disparities, there are ways for nonwhite borrowers to benefit from lower mortgage rates.

If you have a high interest rate on your mortgage, reach out to a professional to see what your options are for refinancing and to guide you as you shop around for lenders.

You can also look for ways to boost your credit score, which will help you get a better offer when you apply for your loan.