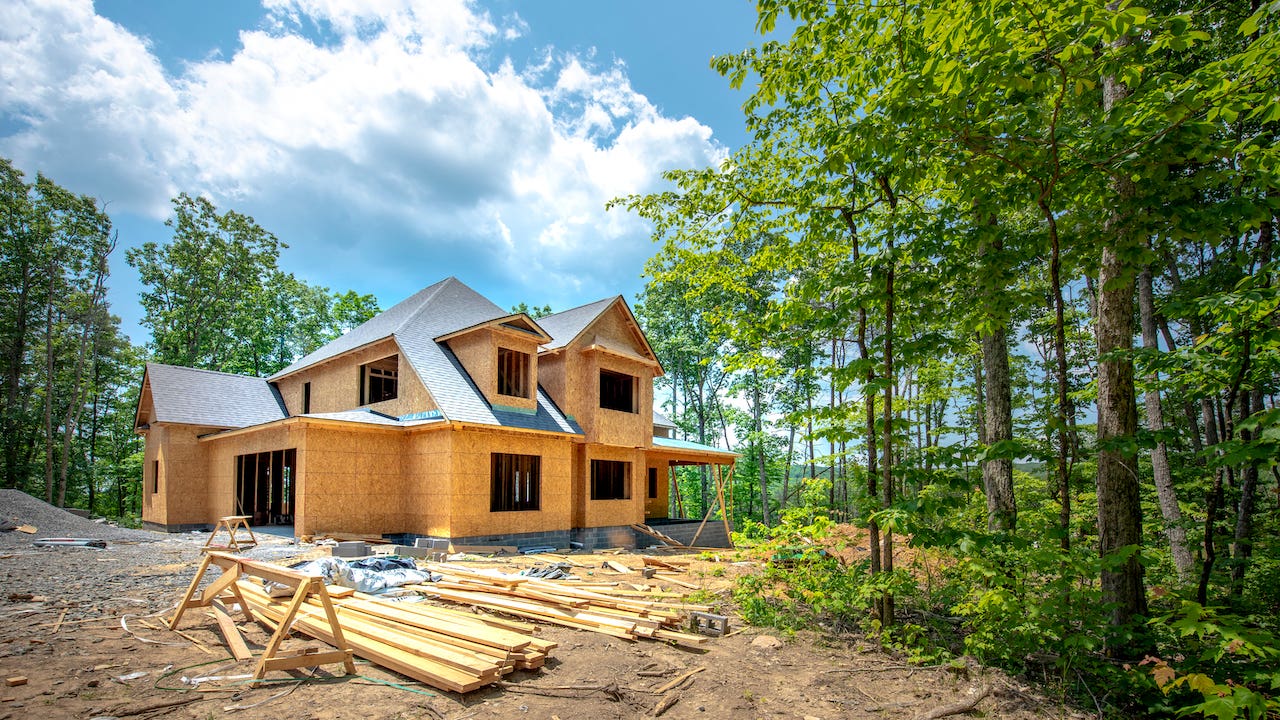 Home prices can’t keep going up forever. Can they?

During the COVID-19 contagion, Americans proved willing to pay a premium for homes — so much so that home prices shattered all records. Spurred by historically low mortgage rates, lack of inventory and a pandemic-inspired nesting instinct, buyers keep bidding up home prices.

The median price of an existing home has topped $350,000 for the first time. The median price of new homes just eclipsed $400,000. This boom is a boon for sellers and a challenge for buyers, who increasingly must stretch their housing budgets.

For the first time, the median price of newly built homes sold in the U.S. topped $400,000 during a three-month period, according to the latest quarterly data from the U.S. Census Bureau and the Department of Housing and Urban Development.

A number of factors are driving rising prices of new homes. For starters, builders in the past decade have shifted away from starter homes, focusing instead on more expensive — and more profitable — houses.

Meanwhile, builders have coped with a shortage of available land, a shortage of workers and spikes in the prices of lumber and other materials by — what else? — raising prices.

Prices of existing homes topped $360,000 in June and have pulled back a bit since then, according to the National Association of Realtors. Still, September’s median price remained above $350,000 — and 13 percent higher than its year-ago level.

Double-digit appreciation is great for sellers, but it’s not helpful for buyers. “First-time buyers are hit particularly hard by the historically high home prices as they largely do not have the savings required to buy a home or equity to offset such a purchase,” says Lawrence Yun, the National Association of Realtors’ chief economist.

When will prices cool?

Housing economists say this boom is about to run out of steam. The Mortgage Bankers Association expects annual appreciation to cool to 5 percent by the end of 2022. The National Association of Home Builders has a similar outlook.

A variety of factors — including rising mortgage rates and increased production from builders — could slow the appreciation of residential properties.

For buyers, fear of missing out on the housing boom has spurred all sorts of new and different home-buying habits. Bidding wars became common. Many buyers agreed to waive contingencies around inspections and financing.

In an intense seller’s market, moving aggressively is crucial. But with cooling in sight, there’s no harm in waiting a bit, says Eli Baracha, a housing economist at Florida International University.

“It feels like we are at an inflection point,” Beracha says. “Exactly when we will reach the current peak in the housing market is hard to tell. It might be wise for many people to consider renting and reinvesting the money they would otherwise have spent on ownership in the nation’s most overpriced markets. You don’t want to be among the last to buy at your local market’s peak because it may be a long time before you can resell your property for a substantial return.”

“For prospective buyers, making the biggest financial decision of your life under duress is not a recipe for success,” McBride says. “If you find yourself bidding at the very limit of what you can afford, putting in an offer sight unseen or after a five-minute walk-through, or being pressured to forgo a home inspection, you’re likely better off walking away. There are worse things than staying where you are or renting for another year or two until you can purchase in a more balanced and sane market where you can do the necessary due diligence.”

How to avoid overpaying

If you’re shopping for a home, here’s how you can avoid overpaying: