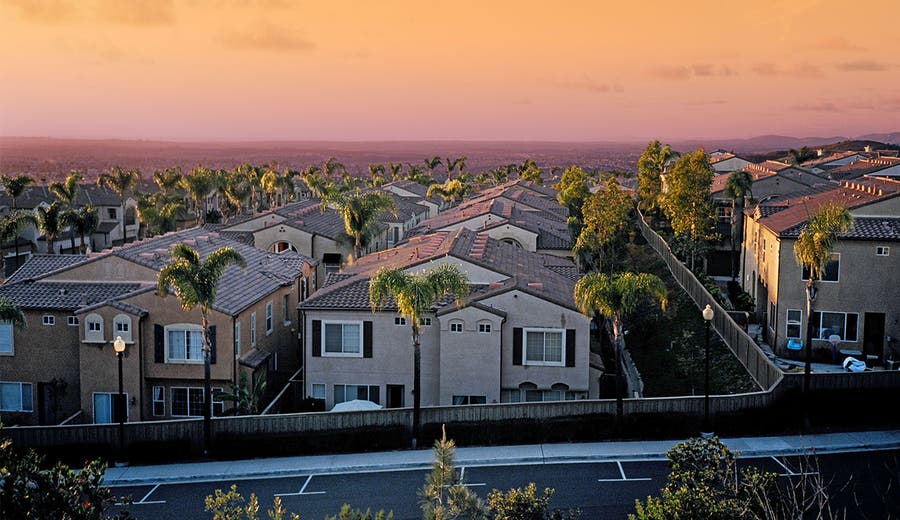 For millennials who are ready to become homeowners, finding an affordable house in a great community can be challenging. With housing inventory historically low, real estate in major metro areas is at a premium. It’s no surprise, then, that young buyers are moving to the suburbs, according to the 2017 Home Buyer and Seller Generational Trends Report by the National Association of Realtors.

Among millennials surveyed, 57 percent bought a house in the suburbs, spending an average of $205,000. Meanwhile, only 12 percent bought in an urban or central city. Affordability, convenience to work and neighborhood quality were among the top requirements for these buyers.

One of the oldest inland cities in the country, Lancaster boasts unique features such as the country’s oldest continuously running farmers market. It’s also home to an established arts community and a network of independently owned businesses.

There are a number of homes available in Lancaster, including new construction. There were 200 new housing units built in Lancaster in 2017. This year, the city is on track to add 125 more, according to Marshall Snively, president of Lancaster City Alliance.

“In the last 10 years, we’ve had more than $1.5 billion in public and private investment, including residential development, and more is on the table,” Snively says.

Nestled between Harrisburg and Philadelphia, Lancaster is a good option for people who want to work in one of these larger cities but own in a more affordable location. Residents can take a train to Harrisburg in less than 35 minute, and trains into New York City take about two and a half hours.

Local businesses abound, so many residents don’t have to look beyond the city for jobs. Medical center Lancaster General Health has a network of 300 physicians and more than 3,600 employees. Fulton Bank, one of the region’s most prominent financial institutions, is headquartered in Lancaster.

The city has a strong arts culture, which supports a variety of vintage and antique stores, as well as outdoor markets and performing arts. Gallery Row downtown consists of three blocks of galleries, restaurants and retail.

You can own a home in Columbus without breaking the bank. Even in some of the more expensive neighborhoods, like Harrison West, you can find three-bedroom, two-bath homes for under $250,000.

Columbus offers amenities for just about everyone. Kayakers can enjoy Columbus’ waterways, like Big Darby Creek, Griggs Reservoir and the Scioto River. There are also miles of bike trails and thousands of acres of parkland to hike.

Nightlife includes comedy clubs and live music venues as well as hundreds of restaurants. Additionally, there are many large-scale attractions, like the Center of Science and Industry as well as the Columbus Zoo and Aquarium.

For people who work in any of these areas, Garner offers more affordable housing than some of the other nearby communities.

Garner’s business landscape is a mixture information, utilities, retail and public administration. Companies like Butterball and Direct Distributors are headquartered in Garner. The median household income in Garner is $59,812, above the national median of $57,617, according to census data.

Garner also has a mix of chain stores, shopping plazas and locally owned businesses. Local watering holes, like The Beerded Lady, offer a place for residents to see live music.

St. Petersburg has rejuvenated its downtown, which is home to a mixture of business offices, residential property, restaurants and entertainment.

The Gulf Coast city boasts more than a dozen companies that employ over 1,000 people, including HSN, Raymond James Financial and Jabil Circuit, in addition to many other mid- and small-sized companies.

Mayor Rick Kriseman, who was just recently awarded the 2018 Small Business Advocate award by the the U.S. Conference of Mayors for his commitment to small businesses, said that creating opportunities for young people is a top priority for St. Petersburg. The city’s Grow Smarter initiative developed by the city and the Chamber of Commerce to assess, develop and create programs to grow the local economy is an example of that focus.

“We are working hard to ensure we are an inclusive and welcoming city where people of all ages can grow and thrive,” Kriseman says. “We are specifically aiming to bolster and support our population of young professionals, as their skills and interest align well with our Grow Smarter economic development strategy.”

St. Petersburg is home to world-class museums, such as the Salvador Dali Museum and the Fine Arts Museum, as well as chefs honored with James Beard awards, including Lauren Macellaro of The Reading Room.

The city hosts events like the Firestone Grand Prix and is home to the Tampa Bay Rays baseball team.

West Des Moines borders Des Moines to the west, about 8 miles from Des Moines International Airport. This small city reaps the benefits of the booming financial and publishing industries in Des Moines while retaining a grass-roots community.

“What we’re seeing is that a lot of young people are buying in our older neighborhoods,” says Clyde Evans, director of economic development for West Des Moines. “They’re fixing up houses from the ’60s, ’70s and ’80s. It’s affordable for them to do that here.”

West Des Moines has a variety of restaurants and shopping destinations, including Jordan Creek Town Center and Valley West Mall. There are also microbreweries for beer connoisseurs, like locally owned Twisted Vine.

The 632-acre Raccoon River State Park offers an array of activities like fishing, boating and even swimming along the 500-foot beach, which is part of Blue Heron Lake. There’s also an extensive network of almost 50 miles of greenway trails, park trails and side paths.