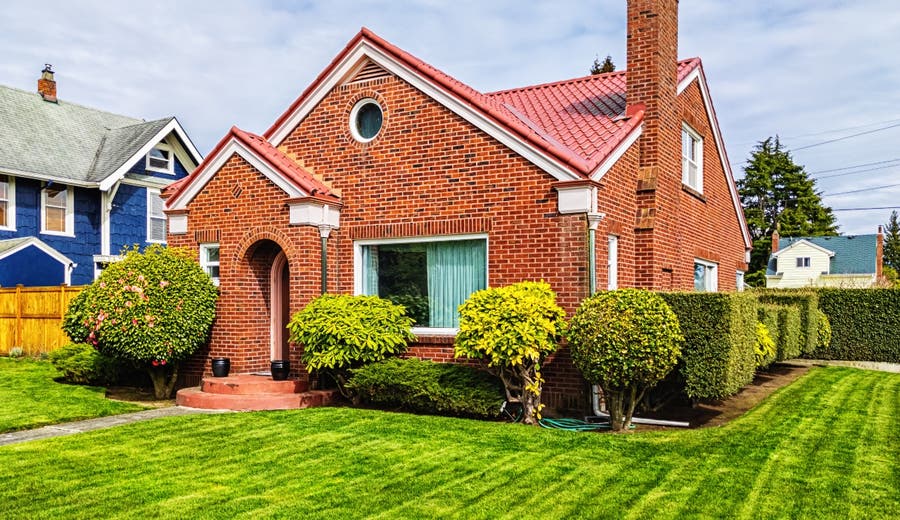 When you’re thinking about buying a home, you need to come up with all kinds of money — a down payment and cash for closing costs, to name a few of the expenses. You’re probably going to need to hand over a chunk of earnest money, as well.

What is earnest money?

Earnest money is an upfront payment, also known as a deposit, that demonstrates your intent to buy a home. By paying earnest money, you’re showing that you’re serious about the purchase.

When you make an offer on a property, the amount you’re willing to immediately pony up as earnest money shows just how much you want to make the deal work. There’s a long road ahead after your initial offer — home inspection, appraisal, financing approval and more — so the earnest deposit shows that you’re committed to that process and the purchase.

When you submit your offer, the purchase agreement will likely include a field for the amount of earnest money you plan to deposit and a date that the money is due. That date is typically shortly after the offer is accepted, often within a day or two. You may need to obtain a cashier’s check, rather than writing a personal check, to pay the earnest money deposit.

Who keeps the earnest money?

Earnest money is held in an escrow account, with the real estate contract stipulating who manages it, according to James Erwin, founding partner of Chicago-based Erwin Law and an expert in real estate and entrepreneurial business.

“Typically, in residential deals, it is held by the listing brokerage,” Erwin says. “Sometimes, it may be held by the buyer’s broker or by the seller’s attorney in the attorney’s IOLTA client trust account.”

The earnest money in escrow is either applied to the buyer’s closing costs when they’re due, or returned if the deal sours, Erwin says.

Most real estate contracts contain contingencies that play a pivotal role in whether you get your earnest money back. The most common contingencies, according to Erwin, are inspection and financing.

There is also an appraisal contingency, which can help you get your money back if your lender decides that the property is worth less than what you agreed to pay for it.

There are other contingencies that a buyer can include related to their ability to enjoy the property, too.

“A good example would be making a contract contingent on a buyer’s ability to install a pool or structural addition,” Checko says.

Don’t be fooled into thinking that earnest money doesn’t come with risks, though. In some cases, a buyer might not be able to get her deposit back.

“These include contracts which call for ‘hard’ or non-refundable earnest money, situations in which all contingencies have expired or none exist which apply to the facts, and situations where the seller can point to buyer’s own conduct for failure of a contingency, [such as] failing to reasonably pursue steps needed to get financing approval,” Erwin explains.

There are no laws that mandate an earnest money deposit, but making one is somewhat of an unofficial rule in real estate.

“It’s not technically required but is viewed as a demonstration of commitment from a potential buyer,” Checko says. “For that reason, it’s almost always submitted.”

How much earnest money should I put down?

Earnest money generally equals 1 percent of the offer price, according to Checko, but can vary based on whether there are multiple offers — a common occurrence in many of the country’s fastest-moving housing markets.

“Sometimes a competitive environment necessitates a stronger message,” Checko says. “Earnest money is largely ceremonial because it’s protected by several contingencies, but if you want to show sincerity when competing with other offers, it’s good to make it more significant.”

How to protect your earnest money deposit

To make sure that your earnest money is safe and that you’ll be able to get it back if the transaction falls through, pay attention to two key factors: contingencies and timing.

“The way to protect the earnest money is to have proper contingencies, and then act within the required time blocks to release them or terminate the contract and call for a refund,” Checko says.

Another thing to be wary of: wire fraud. More and more cases are cropping up of homebuyers who receive an email, seemingly from their title company or real estate agent, with instructions to wire their earnest money deposit to the account of a cyber criminal.

More often than not, once the funds are wired, they’re unable to be recovered, and the buyer loses thousands of dollars.

The key to avoiding fraud is to be vigilant when receiving emails related to your real estate purchase. You should check with your title company, as well, to see what policies they have in place to guard against fraud.