Nonwhite homeowners today tend to hold property valued lower than that of their white counterparts. Across the country, majority-minority neighborhoods are cheaper to buy into, but that also means the residents there build less intergenerational wealth over time, which is just one factor that compounds existing racial inequities.

As new technology plays a greater and greater role in home appraisals, and as a huge proportion of current appraisers reach retirement age, stakeholders across the industry have to take steps to make sure the ongoing legacy of racism doesn’t stay baked in for another generation.

What is digital redlining?

There are a few ways to describe digital redlining, but understanding the history of physical redlining is a crucial first step.

In short: Through the early and mid-20th century, official government policy made it more difficult — often impossible — for nonwhites to buy homes or secure mortgages because the Federal Housing Administration deemed property in majority-minority neighborhoods too risky for loan underwriting. The term “redlining” comes from color-coded maps the FHA used to classify the lending risk in neighborhoods, but now is used colloquially to describe all kinds of systemic discriminiation against nonwhites.

Many real estate developments, especially in the decades following World War II, also prohibited nonwhites who could afford a home from buying one.

Today, digital redlining can mean not just the ways technology perpetuates low property values in historically redlined neighborhoods, but also other ways that all kinds of tech can be subtly or overtly discriminatory.

“Redlining, historically, created a disparity in valuation in majority-Black neighborhoods,” says Mark Alston, public affairs chairman of the National Association of Real Estate Brokers (NAREB). “If you have a perfect appraisal in a majority-Black neighborhood today with perfect comps and no bias on the part of the appraiser,” it’s likely still going to be valued lower compared to a similar property in a majority-white neighborhood because of that historical bias.

Desktop appraisals, which allow appraisers to estimate a home’s value without visiting the property — a practice that gained much more traction during the pandemic — and automated valuation models (AVMs) are becoming more common. Earlier this spring, Fannie Mae made desktop appraisals a permanent option for appraisers valuing single-family primary residences.

These methods could potentially help take some bias out of the equation — and help fill the gap as more appraisers retire — but technology alone is not the answer, and has limitations.

“In some of the underserved communities in this country, you have some prosperous areas,” Alston says. “What’s the algorithm’s sensitivity to that area? The lack of transparency is really a problem.”

AVM accuracy also varies widely based on how many comps are available at the time the appraisal is run.

“The number of property sales in the local market area can affect how much the AVM provider knows about current property values in that market,” according to CoreLogic. “Generally, the more property sales, data and information available about properties in an area, the more accurate the AVM estimate is likely to be.”

Beyond the amount of available comps, if those recent sales are in a historically redlined area, AVMs often contribute to the problem rather than curb it.

What else can be done?

Making appraisals fairer for everyone will depend as much on adopting new technology as diversifying the ranks of appraisers themselves, Alston says. According to Bureau of Labor Statistics data, nearly 98 percent of active appraisers are white, and only about 30 percent are women.

The Biden administration this spring released a proposal, the Plan to Advance Property Appraisal and Valuation Equity (PAVE), which suggests a number of appraisal reforms, including:

Also, in the fall, the U.S. Department of Justice announced an initiative to combat redlining, which includes stepped-up oversight of lending institutions that discriminate against minority borrowers.

Those broad steps are easier said than done, however, Alston says.

“I don’t know what the salves are other than diversifying the appraisal field,” Alston says. “I think you have to do that first, and then we have to talk about redress. If I cement in that lower valuation, I cement in the disparity and the redlining has its intended effect forever.”

There’s no easy fix that can level the real estate playing field overnight, but experts say work can be done to start addressing some of the existing disparities.

“This is actually an incredible opportunity. The quote ‘Never let a good crisis go to waste’: We’re finally looking at some of these long-standing issues right in the face,” Chen says. “As we look at both the challenge of decreasing bias and increasing diversity in the profession, both of these problems can be worked on with the same solutions.”

Lower property values make it harder for nonwhite and especially Black homeowners to build familial wealth, so finding ways to address the disparity is crucial to helping nonwhites achieve greater economic stability. If industry stakeholders don’t take active steps towards making appraisals fairer, existing biases will never be addressed and could be further perpetuated by new technology. As the appraisal process adopts more automation, it’s critical to ensure those new practices are implemented in an equitable way. 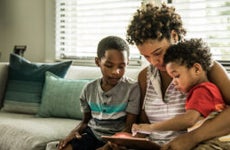 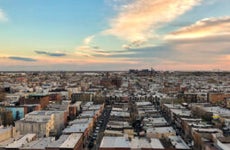 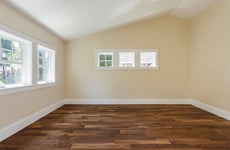