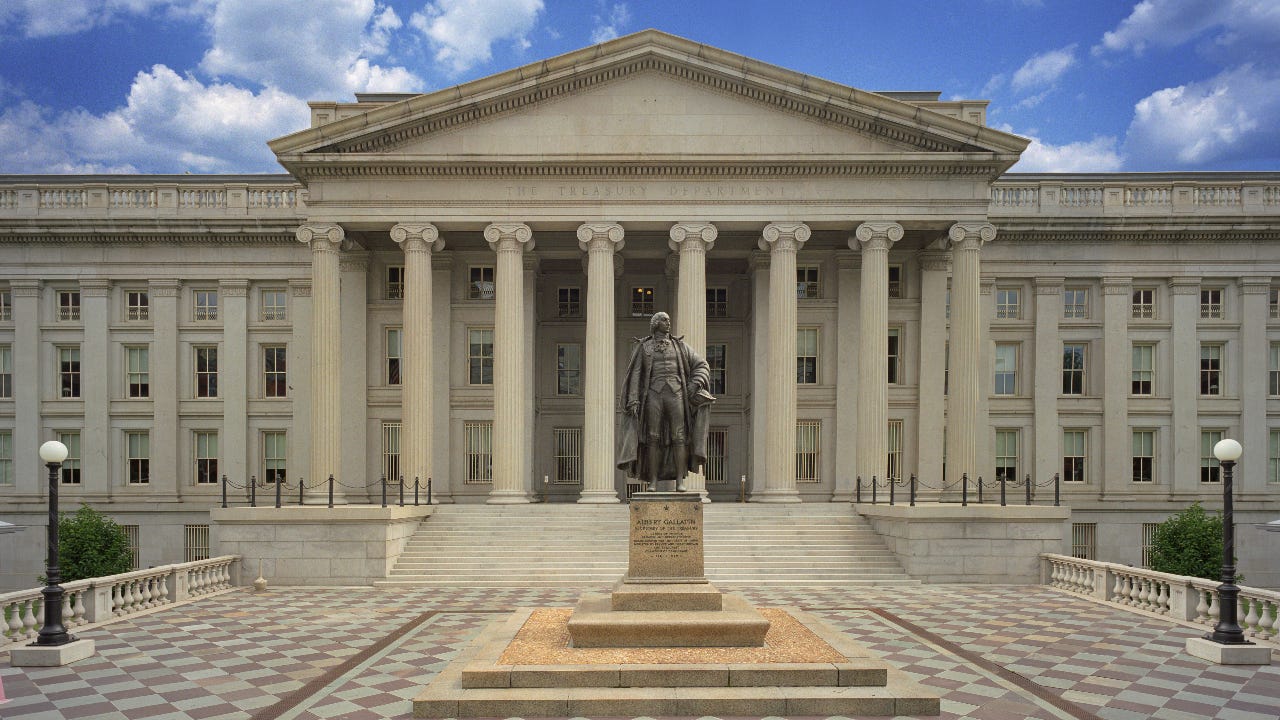 Treasury bonds pay a fixed interest rate on a semi-annual basis. This interest is exempt from state and local taxes. But it’s subject to federal income tax, according to TreasuryDirect.

Treasury bonds are government securities that have a 30-year term. They earn interest until maturity and the owner is also paid a par amount, or the principal, when the Treasury bond matures. They are marketable securities, so they can be sold before maturity – unlike U.S. savings bonds, which are non-marketable securities and are issued and registered to a specific owner and can’t be sold in the financial market.

Where can you buy Treasury bonds?

T-bonds are also bought through banks, brokers or dealers by either a competitive or non-competitive bid. In a competitive bid, you specify the yield that you’ll accept and you may or may not get the bond you want. If you do receive the Treasury bond, it may be less than the amount you requested.

What do Treasury bonds pay?

A 30-year U.S. Treasury Bond is paying around a 1.25 percent coupon rate. That means the bond will pay $12.50 per year for every $1,000 in face value that you own. The semiannual coupon payments are half that, or $6.25 per $1,000. If you have a TreasuryDirect.gov account and use it to buy and hold U.S. Treasury securities, the coupon interest payments are made directly into your bank account.

The coupon rate stays fixed for the life of the bond. If the coupon rate is higher than the yield, that means the bond is selling at a premium, according to McBride.

Who should be looking at Treasury bonds?

Treasury bonds might be a good fit for someone who seeks safety, because Treasury securities are backed by the “full faith and credit” of the U.S. government, according to the U.S. Securities and Exchange Commission.

If you’re heavily invested in stocks, Treasury bonds may be an option to diversify your portfolio.

“So when the stock market goes down, you’ll often see investors flocking to the safety of Treasuries,” McBride says.

People are looking for the safety that bonds provide, and aren’t as concerned with the yield.

“Treasury yields below one percent and in some cases very close to zero is evidence that investors seek Treasurys more for the return of their money than the return on their money,” McBride says.

If it’s backed by the government, what’s the risk?

While they are relatively safe investments, the primary risk is that inflation will erode your returns over the years. When you get the bond’s face value back, it won’t have the same purchasing power that it did 30 years earlier.

If you’re looking at a time horizon of five years or less, CDs might be a better place for your money. The top five-year CDs offered an annual percentage yield (APY) of around 1.75 percent APY as of May 26.

“Investors should plan on inflation over the next 30 years averaging around three percent,” McBride says.

McBride says that in three decades, $1,000 will only have the buying power of $476, if inflation averages 2.5 percent over that period.

“So, this is not something that’s going to grow your buying power or your wealth in any meaningful way,” McBride says. “And you’ve got tremendous interest-rate risk if, for some reason, you need to sell prior to maturity.”

In that case, you’ll get more or less than the face value of the bonds.