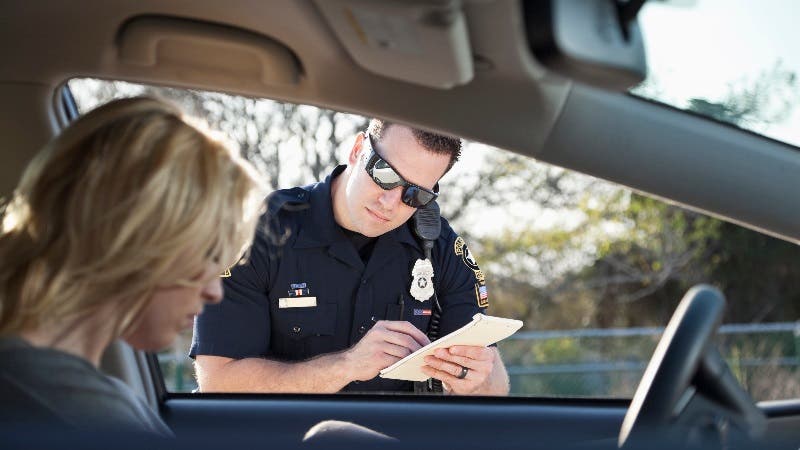 Driving under the influence of alcohol or drugs is dangerous to your safety and that of others. The impact lasts well beyond the event — even if you don’t get into an accident, getting arrested and charged with a DUI can cost you thousands in legal fees, higher insurance premiums and could even jeopardize your job.

It is estimated that one in three people will participate in a drunk driving crash in their lifetime. According to the Federal Bureau of Investigation, for every drunk driving arrest that is made, there are an estimated 500 to 2,000 drunk drivers who go unpenalized.

Drunk driving is prevalent in our society, and getting caught intoxicated behind the wheel can have grave consequences in terms of risk and after-DUI insurance rates.

How much does insurance go up after a DUI?

A DUI is a serious crime. Insurers consider those convicted of a DUI as high-risk drivers and, therefore, more expensive to insure. That’s why DUI insurance costs will be higher. On a low end, you can expect your annual full coverage premium to go up around $800 a year, on average. But on the high end, your costs can jump as much as $3,000 per year. The penalty varies depending on your provider, as well as your previous insurance premium. Here is what to expect for insurance rates after a DUI, for a range of insurance companies across the nation.

Financial implications of a DUI

A report from the NHTSA found that 36,750 people died from drunk driving accidents in 2018. In addition to the bodily injury risk, driving under the influence comes with severe financial penalties — to deter individuals from getting behind the wheel impaired.

The costs of a DUI can be expensive for years. NOLO, an online library of consumer-friendly legal information, surveyed how much a first-time DUI cost its readers.

A DUI will cost thousands of dollars over several years in fees, fines, testing, and car insurance premiums. According to Esurance, the Alaska DMV estimates that a DUI costs the convicted driver almost $25,000 over five years. Anticipate the following comprehensive costs associated with a DUI:

Can the insurance company drop you after a DUI?

An insurance company has every right to deny you coverage when you have a DUI on your record.

If you have multiple violations and a DUI, an insurer may find it’s too risky to insure you. They may also drop your coverage if they suspect that you will cause expensive insurance claims in the future.

In some states, an insurer can’t legally cancel your coverage after a DUI, but they can choose not to renew you. The Automobile Insurance Plan Service Office (AIPSO) provides an online directory with information on each state’s requirements. This will help you find a provider that will give you coverage despite your record.

How to lower auto insurance rates after a DUI

Insurance rates jump up at least $800 per year after a DUI. Consider the following ways one can lower DWI insurance rates.

Not all states treat DUIs the same, so research your state’s requirements regarding DUI and DWI charges. Many states provide high-risk drivers help and support through non-standard insurance programs from companies like Geico and Progressive.

Each insurer measures risk differently. Shopping around and comparing car insurance companies could help you find cheaper auto insurance rates, even after a DUI. For example, Progressive Insurance states that they “only raise rates by a countrywide average of about 13% after one DUI.”

Be more cautious than ever after a DUI conviction. Minor accidents or driving infractions like speeding tickets can trigger your insurance company to hike your rates again — or even drop you.

The differences between DUI, DWI, OVI and OUI

For the sake of simplicity, we will refer to convictions from driving under the influence of drugs or alcohol as a DUI. But there are several related terms you should be aware of:

Many of these distinctions vary based on the state you’re in. DUI and DWI are terms often used interchangeably, but a state may use just one of these to refer to a driver with a blood alcohol level above the legal limit. If that’s the case, then a DWI typically has the stronger penalty compared to a DUI. In many states, these offenses also apply to driving while under the influence of drugs.

Some states use alternative acronyms like OUI, OVI and OMVI to include broader types of vehicles. For example, states like Ohio got rid of “OMVI” in favor of OVI so that people riding bikes or other non-motorized vehicles could also be held accountable while doing so under the influence of drugs or alcohol.

A DUI is a serious offense with long-standing consequences. The shame and hassle of such a conviction is bad enough, but then there’s the financial aftermath. With thousands of dollars in lawyer’s fees and court costs, higher insurance premiums are sure to follow.

All is not lost, however. Despite the hefty consequences you face, there are steps you can take to obtain affordable, comprehensive insurance coverage without too much trouble. Everyone deserves a second chance, and these insurance companies will let you do some things to save some money while you put your life back in order.

Shopping for car insurance is always important, but it’s even more critical when you have a recent DUI on your record. Insurers have a wide spectrum of what they charge, so shop around some of the best car insurance companies to compare quotes.

What happens after your first DUI?

In addition to more expensive insurance premiums, you may also have to pay fines and have your license suspended after your first DUI. You may also have to take a class on driving or substance abuse education, and may even have an ignition interlock device installed on your car, which serves as a breathalyzer test before you drive.

How likely is jail time for your first DUI?

Some states like Alabama and Kentucky don’t have a minimum jail time for a first DUI, while others do. On the low end, minimum jail times, when required, start at 24 hours and can go up to two years.