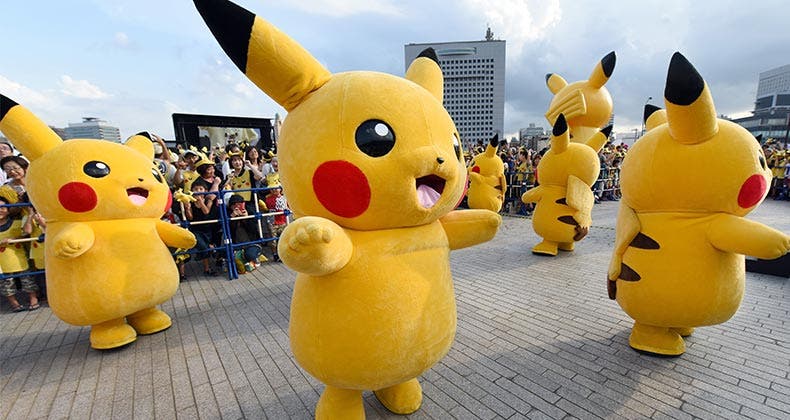 Millions of players took to their phones to trap animated monsters in Pokemon Go this weekend, but some players undoubtedly got trapped themselves by the “free” game’s purchases.

With its innovative use of augmented reality technology, zero cost to get in and a tie-in to a storied gaming franchise, the app already has more installs than Tinder and may soon overtake Twitter on daily active users, according to data from SimilarWeb.

Pokemon Go is just the latest example of a “free-to-play” or “freemium” game going viral. But for players who get so into the game they’re willing to spend big to get ahead in the game, the game will be far from free.

Just as with any free-to-play game, the minimum cost to play Pokeom Go is zero, but the maximum is potentially hundreds of dollars. That’s because you can spend real-world cash to buy “Poke Coins,” an in-game currency that can be used to buy items to help you catch and develop the games eponymous animated characters.

The Pokemon Company says the purchase items are “for players who want to enhance their Pokemon Go experience even more.”

My coworker is spending money for Pokemon coins

And those items don’t come cheap. Some in-game items will cost you $10 or more, and the biggest cache of in-game coins you can buy costs $100 in actual real U.S. dollars. Someone determined to collect all the 151 Pokemon in the game could spend that much or more if they’re not willing to walk or drive around town hunting for the beasts on their own.

Most people who play a freemium game will likely never make an in-app purchase. A study from Swrve, a mobile marketing and research firm, found that in February of this year, only 1.9% of mobile game players active in a month made an in-app purchase during that month.

But those paying players did spend meaningful amounts of money — an average of $24.66 each, Swrve’s study found. And once you’ve made one in-game purchase, you’re likely to make another: 56% of payers who bought something in-game within their first 14 days of getting a freemium game went on to make a repeat purchase.

That may be one reason why Nintendo shares are surging — the stock closed up 24.52% in Monday trading in Tokyo. One analyst, Mia Nagasaka of Morgan Stanley MUFG Securities estimated that Pokemon Go made between $3.9 million and $4.9 million on its first day alone.

Don’t get caught in a ‘brokey’ ball

All that money is great for Nintendo, and walking around outside there are probably some Pokemon Go players making questionable decisions about how much to spend even as you read this.

If you’re thinking about becoming a paying user yourself or have already, here are some tips for making sure you don’t end up with tons of Pokemon but no cash in your checking account.

What do you think? Have you ever been tempted to spend on a freemium game like Pokemon Go?