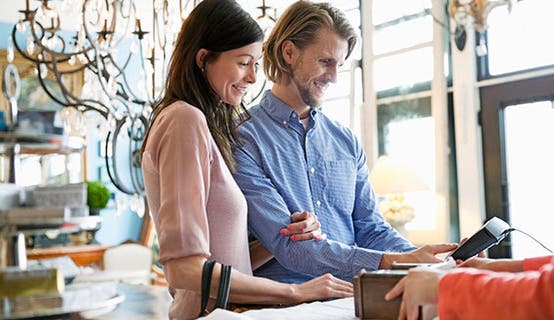 If you have sold a house and bought another, or if you have refinanced a mortgage, you probably have ignored a universally given piece of financial advice. And you know what? You’re fine. You’re perfectly normal. And I’m gonna stop giving that advice.

Here’s the advice that mortgage lenders and financial pundits, including me, like to give: In the weeks and months before you get a mortgage, don’t run up your credit card balances. Keep a lid on the spending.

I’ve given this advice, either myself or by quoting mortgage experts, dozens of times. But do you listen? Ha!

You don’t reduce your spending, according to research conducted by TransUnion. In fact, you spend more in the months before getting a new mortgage. And guess what? It’s OK. You’re going to be OK if you charge a few hundred dollars on your credit cards before getting a mortgage. Don’t worry about it.

Who we’re talking about

Now, let me be clear that we’re not talking about 1st-time homebuyers. This TransUnion study looks at homeowners who have mortgages and who get new mortgages. These borrowers fall into 2 groups:

Both groups run up credit card balances in the months leading up to paying off the existing mortgage. And the home sellers? They typically charge hundreds of dollars to “private label cards” — think store-branded cards like Home Depot and Sears.

And that totally makes sense, right? I’ve had 4 mortgages in my life — bought a house, sold it, bought a house, refinanced twice. And in the weeks before I sold that 1st house, I practically wore the magnetic stripe off the back of my Sears card, buying tools and supplies so I could fix up the place so the buyer would move into a far nicer house than the one I had been living in. I half-expected Sears, Lowe’s and Home Depot to send me thank-you notes.

It’s normal behavior to increase your credit card balances in the months before selling a home or refinancing. Yet we’re told not to behave that way, and I’ll bet most of us feel like we’re doing something wrong when we increase our spending before we sell a house or refinance our mortgage.

When TransUnion conducted the study, the hypothesis was that people “were going to pay down balances and hold down spending until that mortgage event occurs,” says Charlie Wise, vice president of TransUnion’s Innovative Solutions Group. The spike in spending, he says, is not what the researchers expected to find.

He theorizes that home sellers and refinancers have different motivations for the increased spending.

“You’ve got the folks who are moving,” he says. “That move requires the consumer to spend, making last-minute repairs on the old house. There are certainly expenses having to do with the move itself, and they might want to buy furniture or appliances or make repairs on the new house.” And some of that spending has to be done before moving in.

Refinancers charge more on their credit cards before refinancing, and they continue to charge more to their cards after refinancing. “When people refinance, the majority wind up with lower payments,” Wise says. “So what’s happening is, in the months leading up to when that occurs, they’re going to give themselves a raise, and they’re taking advantage of that by increasing their spend.” And then they continue taking advantage of that de facto raise after refinancing.

People who sell their homes, then get mortgages to buy other homes? Their spending goes down after they settle into the new house. Wise attributes this to the tendency for people to have higher monthly house payments after they move. (Basically, I guess this means that there are more people who move up than who downsize.) So they have less money for discretionary spending.

You heed another bit of advice

OK, so we increase our spending before getting a new mortgage, which is the opposite of what the experts tell us to do. But there’s another piece of advice that mortgage lenders give, and I’ve given many times, too: Don’t apply for new credit accounts before getting a mortgage.

Yeah, that one, you listen to. “It’s very clear-cut that that’s exactly what they’re doing,” Wise says.

But after getting the new loan…

Once the borrower gets that new mortgage, the dam bursts: “New account originations on auto loans and credit cards increase 2 or 3 times what they were before,” Wise says. TransUnion number-crunchers expected the increase in new accounts, but were surprised by the magnitude.

“Particularly the consumers who are moving, in auto origination, in many cases, these consumers need a new car,” Wise says.

As for the refinancers, they’re like, Hey, I’ve got a couple hundred more bucks to spend, and I can spend it on a car.

How the data can be used

With this research, TransUnion can help creditors target potential customers more effectively. If you own a home and you apply for a mortgage on another home, then you might be a prime customer for an auto loan or a store credit card.

Finally, Wise wants you to feel validated: You’re perfectly normal if you charge up your cards before selling your home or refinancing. Are you going to get turned down for a mortgage because you spent more on your credit cards? Nah, probably not, because most people charge up their cards and they get their mortgages.