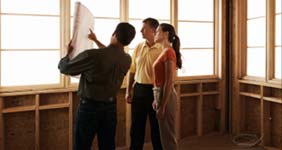 Finally someone is feeling optimistic about home sales. Builder sentiment rose for the third straight month, according to the December survey by National Association of Home Builders/Wells Fargo. It’s the first consecutive, three-month upswing since 2009 and is considered a “legitimate, though slowly emerging upward trend,” according to David Crowe, chief economist at National Association of Home Builders, who was quoted in CNBC.

Confidence in the housing market gained the most in the South and slipped slightly in the Northeast. Overall, builder sales are about half what they were during the housing boom, with builders blaming tight lending standards that make it difficult for people to get a mortgage and an oversupply of distressed properties. Although mortgage modifications have dropped, according to a report in CNBC, the cause is not so much fewer troubled home loans, but more banks deciding to  push homes into foreclosure or short sale instead.

But despite the hurdles to homeownership, pent-up demand is driving traffic of potential homebuyers. During the housing bust, many either decided to stay on the sidelines and rent or were forced out of homeownership. As more distressed properties work through the system, the housing market may perk up, further boosting confidence among homebuyers.

Are you feeling confident enough to consider buying a home?