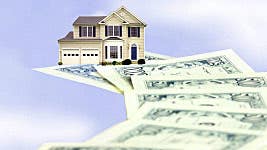 More homebuyers are bringing cash to the table, according to a recent report by the National Association of Realtors.

In Florida, more than half of buyers pay in cash.

Typically in distressed housing markets, investors who pay cash have an edge over those who finance the purchase. Now that the housing market is climbing out of the wreckage of the crash, Lawrence Yun, chief economist for the NAR, says the report’s findings are puzzling.

“Distressed home sales, most popular with investors who pay cash, have declined notably in the past two years, yet the share of all-cash purchases has risen,” he says. “At the same time, investors have declined as a market share, indicating other changes have been underway in the marketplace.”

John Walsh, president of Total Mortgage Services in Milford, Connecticut, cautions against reading too much into the higher percentage of cash buyers. There are fewer homebuyers overall in the market, particularly first-timers, he says, a phenomenon that skews the percentages.

He believes the report signals an underlying weakness in the housing market. “First-time home buyers make up 25 percent to 26 percent of the existing home sales market, compared with around 40 percent normally,” he says.

Walsh says the drop in first-time homebuyers is a problem. He cites barriers to housing affordability, including higher FHA fees, which particularly distress first-time homebuyers; the lingering effects of damaged credit from the recession; and the burden of other debts, such as outstanding student loans.

Walsh says there are several reasons cash transactions are on the rise, including:

Weigh the pros and cons of all-cash purchases

Walsh says buyers considering all-cash deals should do the math to see if the return on investment in a non-housing sector is greater than the interest rates on mortgages, after accounting for potential tax benefits. Then weigh the risk of whether they would achieve the expected return.

“If my mortgage is 4 percent and I have a magic, foolproof investment where I can make 8 percent on my money, I’d be a fool not to get a mortgage,” he says, adding that there are intangible benefits to housing investments. “Traditionally, housing hasn’t really been a great investment, but you can live in a house, unlike a stock.”

Read about the new rules that took effect this year for lenders and borrowers.