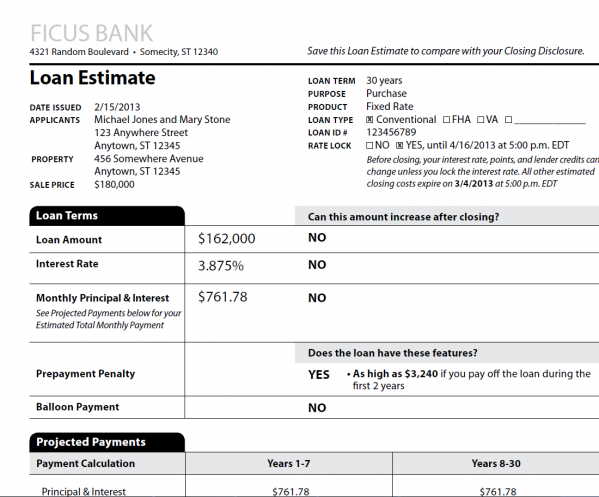 The rollout of easier-to-use mortgage documents has been delayed two months.

When you apply for a mortgage today, you get a pair of disclosures soon after: the Good Faith Estimate of closing costs, and the first TILA disclosure (named after the Truth in Lending Act).

Why this is happening

The Consumer Financial Protection Bureau says it recently discovered an administrative error that would have delayed the introduction of the Loan Estimate by two weeks. Instead of pushing the debut of the new document to mid-August, the bureau will delay it until October to “accommodate the interests of the many consumers and providers whose families will be busy with the transition to the new school year at that time,” bureau director Richard Cordray says.

Homebuyers with school-age children are in a minority, but I suppose this saves face for Cordray. Lenders and members of Congress have been lobbying the CFPB to delay implemenation of the new document because some lenders and their service providers aren’t ready. It’s not as simple as filling in the blanks in a different document. Lenders and third-party vendors have to change procedures, alter deadlines, rewrite software and train employees.