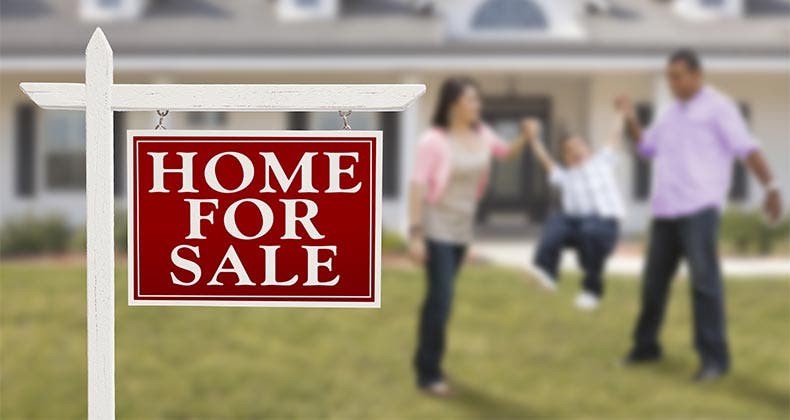 Demand for residential real estate loans strengthened in the second quarter over the previous period, a Federal Reserve survey said.

Read: Refinance into a 15-year mortgage and save.

Some banks tightened standards on subprime residential mortgages but eased lending standards for mortgage loans eligible for purchase by so-called government-sponsored enterprises such as Fannie Mae and Freddie Mac.

Other statistical data on the real estate market has been mixed. Existing home sales dropped 3.2% in July after rising in each of the previous 4 months, a sign that inventory levels are low in many parts of the country, the National Association of Realtors said.

Heading in the opposite direction, sales of new residential homes jumped in July, making it the best month in almost 9 years. Sales increased 12.4%, or 654,000 units, according to the U.S. Department of Commerce.

“Although home sales are still expected to finish the year at their strongest pace since the downturn, thanks to a very strong spring, the housing market is undershooting its full potential because of inadequate existing inventory combined with new home construction failing to catch up with underlying demand,” NAR Chief Economist Lawrence Yun said.

The state of the housing market could have a tremendous impact on the Federal Open Market Committee when it considers whether to hike interest rates in September.

RATE SEARCH: Check out Bankrate.com for your best refinance options.

A need for new housing construction

If home sales end the year on a positive note, it won’t be a surprise to observers like Ed Brady, chairman of the National Association of Home Builders.

“This rise in new home sales is consistent with our builders’ reports that market conditions have been improving,” said Brady, a home builder and developer from Bloomington, Illinois. “As existing home inventory remains flat, we should see more consumers turning to new construction.”

“July’s positive report shows there is a need for new single-family homes, buoyed by increased household formation, job gains and attractive mortgage rates,” Dietz said. “This uptick in demand should translate into increased housing production throughout 2016 and into next year.”

Celebrity home of the week

Eve Plumb, who played middle sister Jan on the beloved 1970s sitcom “The Brady Bunch,” has gotten nearly $4 million for the Malibu beach house she bought with her parents in 1969, when she was an 11-year-old budding star. Her real estate agent says the purchase price back then was a mere $55,300, according to Realtor.com.

Bankrate’s Rate Trend Index is a weekly snapshot of how real estate professionals feel about the market. Here is what Elizabeth Rose, sales manager at Movement Mortgage in Dallas, said this week:

“Janet Yellen will be on the stump later this week, speaking at the annual economic policy symposium in Jackson Hole, Wyoming. Like the old E.F. Hutton slogan (“When E.F. Hutton talks, people listen”), traders will be listening, hanging on every word for clues for the next rate hike. Mortgage bonds have been trading in a tight range and have been unable to gain any momentum to break out. Yellen’s comments could be the catalyst, although I expect any reaction in mortgage bonds to be short-lived and the sideways pattern to continue keeping mortgage rates flat.

Graph of the week