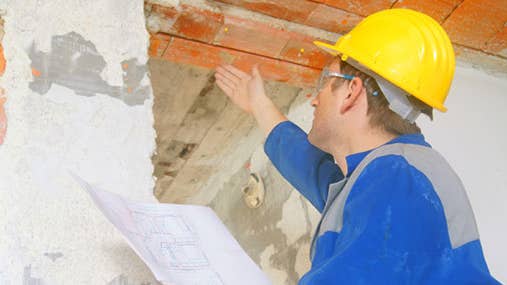 If there’s one part of the home remodeling process that homeowners especially dislike, it’s getting a building permit. But permits are more than mere pieces of paper. Homeowners who skirt around them face risks.

One protection afforded by a permit is usually an inspection by the municipality, says Jim Bateman, owner of Bateman Custom Construction, a home remodeling company in Fairfax, Va. Inspections can expose shoddy workmanship, building code violations and safety hazards that otherwise might not be discovered until a problem occurs.

Bateman offers this hypothetical example: “If I did electrical work on somebody’s house and I wasn’t a licensed electrician, I may have done it to code, but if, for some reason, I violated the code and the house burned down, the (homeowners) insurance (company) possibly won’t pay for it.”

“There’s no way an inspector can inspect 100 percent of what was done,” Bateman says. “It’s not a foolproof system, but it’s better than not having an inspection.”

Obtaining, or in builder-speak, “pulling,” a permit generally is a dual responsibility of the contractor and homeowner, says Mike Paclik, principal at Watermark & Co., a home remodeling company in Austin, Texas.

Ultimately, though, Paclik adds, the homeowner owns the work and pays the price if required permits were overlooked. One risk is that a future buyer could object to unpermitted work.

“Whoever buys the house will want to know if a permit was pulled to build that swimming pool or structure or whatever, and if it wasn’t, the liability goes back to the homeowner,” Paclik says.

For that reason, homeowners are well-advised to question closely any contractor who proposes remodeling without a permit. One way to be sure is to contact the building department.

“If the contractor says it’s not required, I would make absolutely certain,” Paclik says. “I wouldn’t take their word for it.”

Permits generally are required for projects that aren’t merely cosmetic. For example, replacing a faucet might not require a permit, while moving a sink likely would, says Robert Criner, president of Criner Remodeling, a home remodeling company in Newport News, Va.

Most projects get a straightforward “yes” or “no.” However, Paclik says, there can be gray areas. For example, putting new tile in a shower might seem like a purely cosmetic project, but a permit might be required because the job could involve the plumbing system.

A fair amount of planning must be completed before a permit can be pulled.

“The plans don’t have to be 100 percent ready for construction to be submitted for permitting, but they do need to be at a stage that conveys the scope of work that is being done,” Paclik says.

And it’s not only building codes that must be considered. Most municipalities have ordinances that govern trees, sidewalks, building heights, easements, utilities, setbacks and other issues that might affect the permit process.

One good resource for information can be the locality’s website. Gary Henley, president of Henley Homes, a home remodeling company in Liberty Hill, Texas, says the city of Austin, for example, offers “a pretty thorough explanation of what’s required” online.

A permit can cost less than $100 and up to $1,000 or more, depending on the locality and the size, scope, value and type of work to be completed.

In some places, copies of building permits are supplied automatically to property tax authorities and can trigger a reassessment of the property for tax purposes. Not pulling a permit is no guarantee the work won’t be discovered by a field inspector or reported to the assessor by a neighbor.

Obtaining a permit can take days, weeks or months, depending on the locality.

Some contractors use a permit expediter, who gathers information, submits plans, contacts government departments and keeps the contractor updated as to the status of permit applications, Paclik says. The cost of this service can be several hundred dollars and may be passed along to the customer, so it’s wise to ask about it.

“If the contractor is applying for the permit,” Paclik says, “It would be a good idea for the homeowner to ask, ‘Are you paying for an expediter?’ And (if so, to find out) whether that’s included in their contract, or they will get a bill for that extra fee for acquiring the permit.”