Should I pay off mortgage in case New World Order causes dollar to collapse? 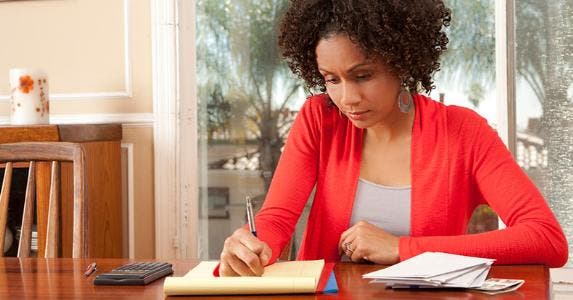 Dear Real Estate Adviser,
If the New World Order creates a housing crisis, will it be better for me to pay off my house in full right now if I have the money to do that? That way I don’t lose the value of the dollar and I own the house so they can’t kick me out. Or can they?
— Dana T.

Dear Dana,
First off, it is very difficult for the U.S. government to seize private property at will, barring some major tax or criminal entanglement by its occupants, since homeownership is one of our country’s founding principles. As for the New World Order or some other unholy alliance of governments calling the shots and manipulating world housing markets, that’s an even bigger stretch. Nothing short of massive ground war by an occupying army, enormously far-fetched these days, could result in such a scenario.

Not that there aren’t alarmists and conspiracy theorists out there pushing theories that the United Nations, the financial industries, Federal Reserve and even the media are in cahoots in a plot to destabilize and seize world assets. Many of these notions are little more than scare tactics employed by people advancing extremist political agendas or shilling books, CDs, “food insurance,” precious metals and the like.

Oh, there have been other types of unjust ‘kick-outs” in our past. During the Great Depression, some beleaguered banks started calling loans and foreclosing at will, precipitating changes in lending laws. Local police departments still successfully appropriate property based only on the suspicion of a crime, while agencies including the IRS and U.S. Department of Justice have done this, too, though laws have recently changed to better protect consumers.

Additionally, some local governments can slowly extricate folks from their homes using the practice of eminent domain, where they condemn, buy, then demolish domiciles for so-called “public good” projects. Eminent domain was once just used for highway, bridge, levee and railroad right-of-way, but it’s now being employed by revenue-strapped cities to grease huge, lucrative commercial projects such as stadiums, lifestyle shopping districts and the like. Homeowners standing in the way of these projects are offered “just compensation,” which often fails to take into account housing replacement, moving expenses and other impacts, unfortunately.

Could a correction happen?

I will note some concerns that falling home prices in some markets caused by the pullout of foreign buyers and home investors, coupled with stagnant worker wages and diluted currency, will deflate the market and cause another housing crash where thousands would lose their homes. (Arguments that the dollar’s demise is imminent have fallen flat, as the dollar has shored up strongly against the euro in the past year.) Buy it’s unlikely the next housing correction will be anything like the financial bomb of 2007-2009.

Advice for the anxious

Paying off your home with your extra money for peace of mind is not a bad idea, per se. The practice is compelling to some because they’re axing their No. 1 expense. Most financial planners say you’ll fare far better investing that extra money elsewhere, however, because of the “spread” between your mortgage interest obligation, let’s say 3%, and what you can earn in another investment, perhaps 6% or more. However, if you still feel strongly that some cataclysmic financial event or insidious asset-seizure campaign is going to happen, then sure, pay off that mortgage if it helps you sleep better.