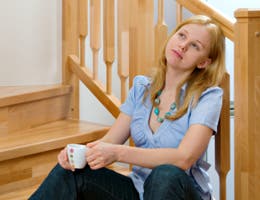 Debbie Huss finds herself in a dilemma: She can afford her home, but wants out and is stuck there.

“I recently got engaged and my boyfriend owns a house,” she writes in an e-mail. “Since the house is bigger than my condo, we would like to live in the house.” But she owes twice what the condo is worth, so she can’t refinance and she can’t afford to sell. And the condo association won’t let her rent it out.

The details of Huss’ quandary are her own, but her general predicament is believed to be widespread. The situation makes it difficult to move on with one’s life — to get married, move to take a better job or buy a bigger home to accommodate an expanding family.

Plenty of programs exist for people who bought over their heads and can no longer afford their mortgages. But no help is available for people who can make their house payments, but can’t afford to sell. So Huss and people in similar situations have to get creative.

Huss bought a two-bedroom condo three years ago in a Minneapolis suburb. She paid $195,000 and put no money down. Of the 62 units in the building, at least 12 are in foreclosure, and they’re listed at $100,000 or less. If Huss were to sell her unit at the market price, she would have to come up with around $100,000 cash to pay off the mortgage — cash that she doesn’t have.

Details of the dilemma 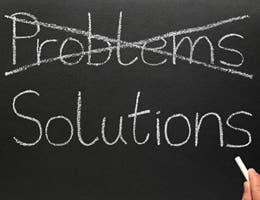 The management company won’t allow more than six units (10 percent of the total) to be rented. That 10 percent cap has been reached, and there’s a waiting list (probably years long) of owners who want to rent out their units.

Before the condo board told her about the rental cap, she did some research and concluded that she could rent out her unit for $1,050 to $1,100 per month. She would be willing to rent it for that much, even though her mortgage, taxes, insurance and condo dues total $1,800 per month. “I would be renting it at a loss,” Huss says in an interview. “I mean, there’s nothing about this that’s advantageous to me, except for the fact that I can try to move forward.”

Bankrate asked a couple of lawyers to list Huss’ options and the potential consequences. Matt Drewes is chairman of the community association law group within the law firm of Thomsen Nybeck, in Minneapolis. That means he is a specialist in laws about condominium and homeowner associations. Neil Garfinkel is partner in charge of real estate and banking practices for the New York City law firm of Abrams Garfinkel Margolis Bergson.

Both lawyers emphasize that there is no pain-free solution to Huss’ dilemma. “None of these options are really ideal,” Drewes says. “Obviously, these people are kind of stuck.”

Here are some of her options, in rough order of least palatable to most: 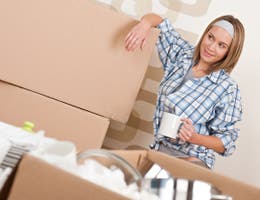 She could walk away.

Huss could stop paying the mortgage and condo dues and move out. The condo would go into foreclosure and her credit record would take a huge hit.

“I don’t recommend it under any circumstances,” Garfinkel says. “It’s absolutely a total disaster. To the extent that you can afford foreclosure and bankruptcy, and preserve your credit and live to see another day, I think it’s worth doing that.”

Drewes concurs. In fact, he doesn’t even mention walking away until asked. He says that if Huss allows the unit to go into foreclosure, the lender would have the option of suing her to collect the difference between what she owed and what the condo sold for at auction. She also could be liable for the lender’s legal expenses. The condo association could sue her for any unpaid dues. 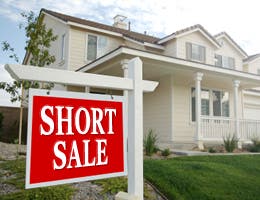 She could try to persuade the lender to allow a short sale.

“It seems more that she feels stuck and would really rather not make the two house payments,” Drewes says. “For someone in her situation, she shouldn’t be surprised if a lender is not willing to consider a short sale, but it could be worth a shot.”

It’s possible that the lender might be more willing to consider a short sale if Huss can kick in some money — “sort of a reversal of the cash-for-keys concept,” Drewes says.

Live in the condo 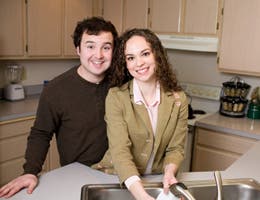 She and her future husband can live in the condo, and sell or rent out his house.

“They might not like it,” Drewes says, but they could live in the condo “until the market rebounds, assuming that it will.” 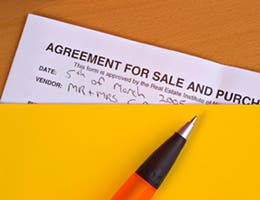 She could sell the condo in a “contract for deed” arrangement.

A contract for deed is a seller-financed transaction. The buyer agrees to make monthly payments for an agreed-upon period — often, three or five years. At the end of that period, the buyer has to pay off the remainder of the home’s price in a lump sum. The plan would be for the buyer to finance this balloon payment with a mortgage.

A contract for deed looks like a rent-to-own arrangement, but it’s not, Drewes says. Done properly, it is a genuine sale. Unfortunately for Huss, a contract for deed would probably delay financial pain instead of preventing it, because the sale price would be unlikely to cover the amount owed.

A contract for deed requires the lender’s consent, and buyer and seller should be represented by attorneys. 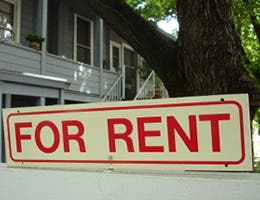 She could defy the condo board and rent the unit to a tenant.

“This is not a recommendation,” Drewes says. “Some people go ahead and try to stick in an unauthorized renter.” These owners run the risk of incurring daily or monthly fines from the condo association. And the condo might have rules allowing it to evict the tenant. 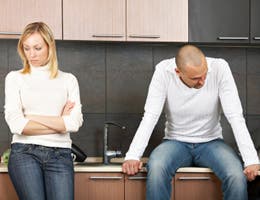 She could ask the condo board to let her rent out the unit under a hardship exemption to the rental cap.

The condo association’s rulebook, called “the declarations” (in other states, the rules might be known as “the conditions, covenants and restrictions,” or CC&Rs), allows owners to rent out their units in certain “special circumstances,” such as military deployment or job relocation. Board members have told Huss that she doesn’t fit these special circumstances.

She could formally apply for the hardship exemption, anyway. It might help her cause if she has evidence that she’s being treated unequally: for example, if the condo board has turned a blind eye to an unauthorized renter, or has dispensed a hardship exemption that wasn’t strictly by the book.

“In this economic condition, you would think they would be willing to make some sort of exception, especially because it ultimately doesn’t affect them at all,” Huss says. 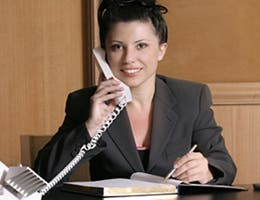 She could sic her attorney on the condo board.

Huss is in Minneapolis, and Garfinkel is a lawyer in New York City, where people are believed to be more confrontational. And Garfinkel has some provocative advice. “In New York, maybe it would be worth a phone call to the association to talk about her right to sublet,” he says. “She could say, ‘Look, if you don’t (allow me to sublet), then I’m going to stop paying — and, by the way, I have another place to go and I’m going to walk away.’ She probably doesn’t want to threaten that, but maybe that gets their attention to see if they could let her sublet the property.”

If that’s not in-your-face enough, Garfinkel has another suggestion — one he says should not be done without the guidance of an attorney. “I might consider not paying for a month or two,” he says, “just to get their attention.” She could pay her mortgage, but not the condo dues. “The last thing a community like that needs is another person who is in foreclosure and who is behind on their payments.”

Garfinkel adds: “There are 12 units in foreclosure. If they’re going to insist on going down this road, then there’s a good chance that she’s going to stop making payments, and there will be a 13th foreclosure. Right now she’s a model citizen. It’s almost like she’s being penalized for being a model citizen.”

In an interview, Huss doesn’t come across as someone who would feel comfortable delivering an ultimatum to the condo board. That’s what lawyers are for, Drewes and Garfinkel say. 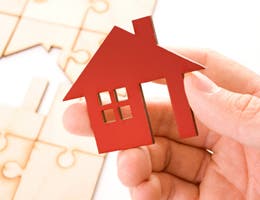 If you’ve got a housing dilemma, these tools and additional stories may help you solve the problem.