Low mortgage rates and the bargains to be found in the vast inventory of distressed homes for sale are making this a buyer’s market. In many areas it has become cheaper to own than to rent. Yet many potential buyers stand on the sidelines, scared off by difficulties in getting approved for mortgages and fearful of a double-dip in housing prices. One bright spot for buyers and those wanting to refinance is that jumbo loans are becoming easier to get.

Here are some of the housing and mortgage trends you should expect to see for summer 2011.

Rates might remain low, but not quite this low 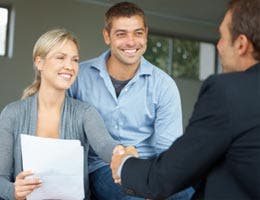 Mortgage rates are near record lows, but some mortgage experts say the party won’t last long as they expect rates to climb in the next few months. They don’t foresee a major spike, but rather an adjustment to bring them back to “normal” levels.

Michael Becker, a mortgage banker at Happy Mortgage in Lutherville, Md., says rates eventually will rise, but it’s not likely to happen until the U.S. economy becomes stronger.

“I think the low rates will last at least through the summer,” he says. “But they may start rising before that if the economy shows some improvement.”

As many others in the mortgage industry, Becker’s advice is to take advantage of the low rates available now rather than gambling on the possibility of getting an even better deal if you wait. 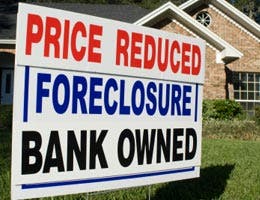 Homebuyers in search of bargains who are willing to do some remodeling have plenty to choose from as lenders try to unload a vast inventory of foreclosed homes.

In the first three months of the year, bank-owned properties (and properties that are in some stage of foreclosure) sold for about 27 percent below the average sales prices of properties not in foreclosure, according to RealtyTrac.

Nearly one in three homes sold nationwide during the first half of this year was a distressed property, says Lawrence Yun, chief economist for the National Association of Realtors.

The trend is expected to continue at least through the rest of the year.

“The number of distressed mortgages remains very elevated,” Yun says. “One can comfortably say distressed properties will remain available to buyers (with comparable prices) through the remainder of this year and into next year.”

Before you grab one of these tempting deals, be aware that most distressed homes require some upfront remodeling costs, he says.

‘Tis better to rent than own — or is it? 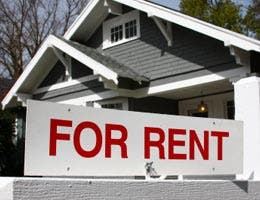 Falling home prices and near record-low mortgage interest rates are making it more affordable to own rather than to rent in many areas, Yun says. Yet, homeownership levels are lower than they were more than a decade ago as more homeowners become renters.

From 2006 to 2010, the number of renter households increased by an average of about 692,000 per year, while the number of owner households fell by about 201,000 annually, according to a recent study by Harvard University’s Joint Center for Housing Studies.

Becker says various factors have contributed to this trend, including the obstacles that potential homebuyers face in qualifying for mortgages and the growing number of homeowners who become renters after losing their homes to foreclosure.

Fear of commitment also has kept many potential buyers on the sidelines, but as rents continue to increase in many areas, these buyers will reconsider, Yun says.

Choosing whether to rent or to buy shouldn’t be a decision based solely on market conditions.

“It’s a personal decision,” Yun says. “If you can obtain a mortgage, which is not an easy thing today, and stay within your budget, you should do well if you decide to buy. But it really depends on your individual situation.” 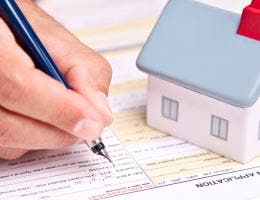 Adjustable-rate mortgages became a dirty word after the collapse of the financial and real estate markets, but borrowers have started to put the stigma aside as they become more attracted to the near record-low rates on adjustable mortgages, says Rob Nunziata at FBC Mortgage in Orlando. Fla.

“In the last 60 days, we’ve seen an uptick in the number of borrowers who are opting to go with ARMs,” Nunziata says. “Rates are extremely attractive.”

Nunziata says that about six months ago, only 2 percent to 5 percent of the borrowers he dealt with showed an interest in the ARM product. “Today, it’s closer to 15 percent,” he says.

But ARMs are far from becoming as popular as they once were. In 2005, ARMs accounted for more than a third (34.9 percent) of mortgages originated. That share dropped to less than 1 percent in late 2008 when the mortgage market collapsed, according to the Mortgage Bankers Association. It’s now back to about 6 percent.

ARMs are not for everyone, Nunziata says. They can be a good option for borrowers who think they will sell their house before the fixed-rate period expires or know they will be able to afford the higher monthly payment when the rate resets.

Jumbos are coming back 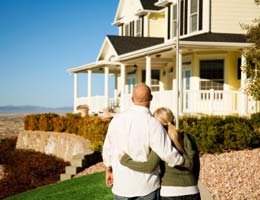 Those who live in pricey housing markets or are thinking of upgrading to fancier homes are finding it “less difficult” to get jumbo mortgages these days, says David Adamo of Luxury Mortgage in Stamford, Conn.

Jumbo loans are mortgages that exceed Fannie and Freddie conforming loan limits. The agencies limit the size of loans they are willing to buy, to minimize risks. The limits vary by location but it is $417,000 in most areas and as high as $729,500 in high-cost areas.

Fannie and Freddie are set to reduce their maximum loan limits in October, and that will make jumbo loans crucial to many homebuyers in high-cost areas.

During the housing boom, borrowers could get jumbo loans with little or no income documentation and with down payments of as little as 5 percent. That’s no longer the case. Borrowers generally need at least 20 percent down to get a jumbo loan. Since the crash, the jumbo market almost came to a halt as jumbo loan originations dropped from more than $500 billion a year in their heyday to less than $100 billion in 2010. But that market has been slowly improving and more lenders offer jumbo loans. Adamo says he expects the jumbo originations to reach $150 billion to $200 billion this year.