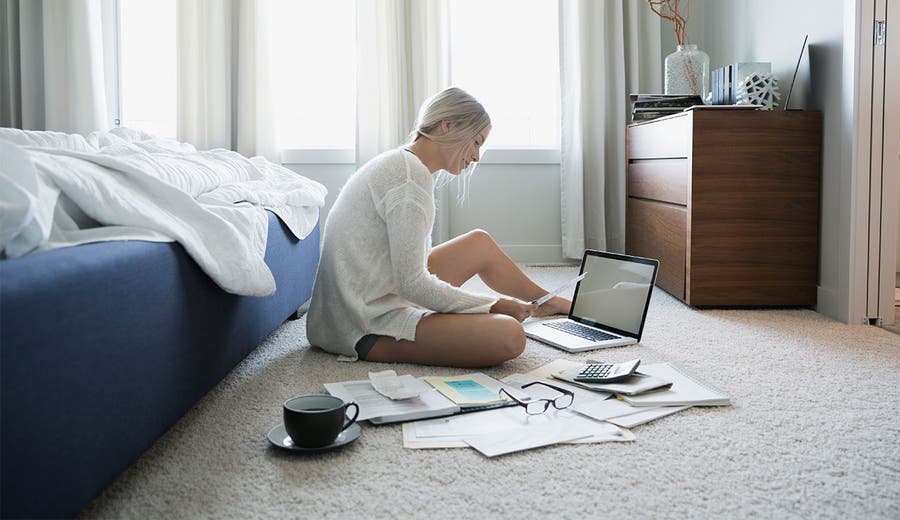 If you barely have any savings, maybe it’s not entirely your fault.

Contribution rules and withdrawal restrictions can make saving for retirement complicated. And being forced to pay taxes on the interest you earn can make growing an emergency fund seem like an uphill battle.

That’s why some researchers and policy analysts are advocating for the creation of a new account — one that would make saving money easier and let you withdraw funds without ever paying taxes.

We’re closer than ever to having access to the tax-advantaged, flexible vehicle known as the universal savings account. But it’s hard to say whether it can address the issues Americans have when it comes to saving money.

Universal savings accounts (USAs) were included in a bill the House recently passed. According to the proposal, consumers could contribute up to $2,500 annually. The account would be set up like a Roth IRA, allowing cash contributions to be made using after-tax dollars.

Unlike a Roth IRA, however, the account could hold more than just retirement savings. Account holders could open them through banks and other financial services providers and use USAs to save for anything, including emergencies and a child’s college education. Earnings would grow tax-free.

Savers with a USA would be able to make tax-free withdrawals at any time. While there are some exceptions, you typically can’t dip into a retirement account without penalty until you turn 59 1/2.

USAs can also help address 401(k) account leakage, says Chris Edwards, the director of tax policy studies at the libertarian Cato Institute. Edwards says that instead of tapping into their 401(k) before they retire, people looking for a short-term source of funding could pull money from a universal savings account.

Edwards has been pushing for USAs since he and a former Washington tax attorney proposed the idea in 2002. He points to the success that flexible savings accounts have had in other countries, like Canada and the United Kingdom. A bulletin he co-authored suggests that in both of those places, lower earners “save more in their accounts relative to income than do higher earners.” Data from the Canadian government and a report from the U.K.’s tax, payments and customs authority support that notion.

However, the data from HM Revenue & Customs in the U.K. also indicates that while fewer high-income individuals have tax-free savings accounts (known as Individual Savings Accounts), their average savings values overall are generally higher. Compared with their lower-income counterparts, higher earners may be able to benefit more from having a tax-free savings account. 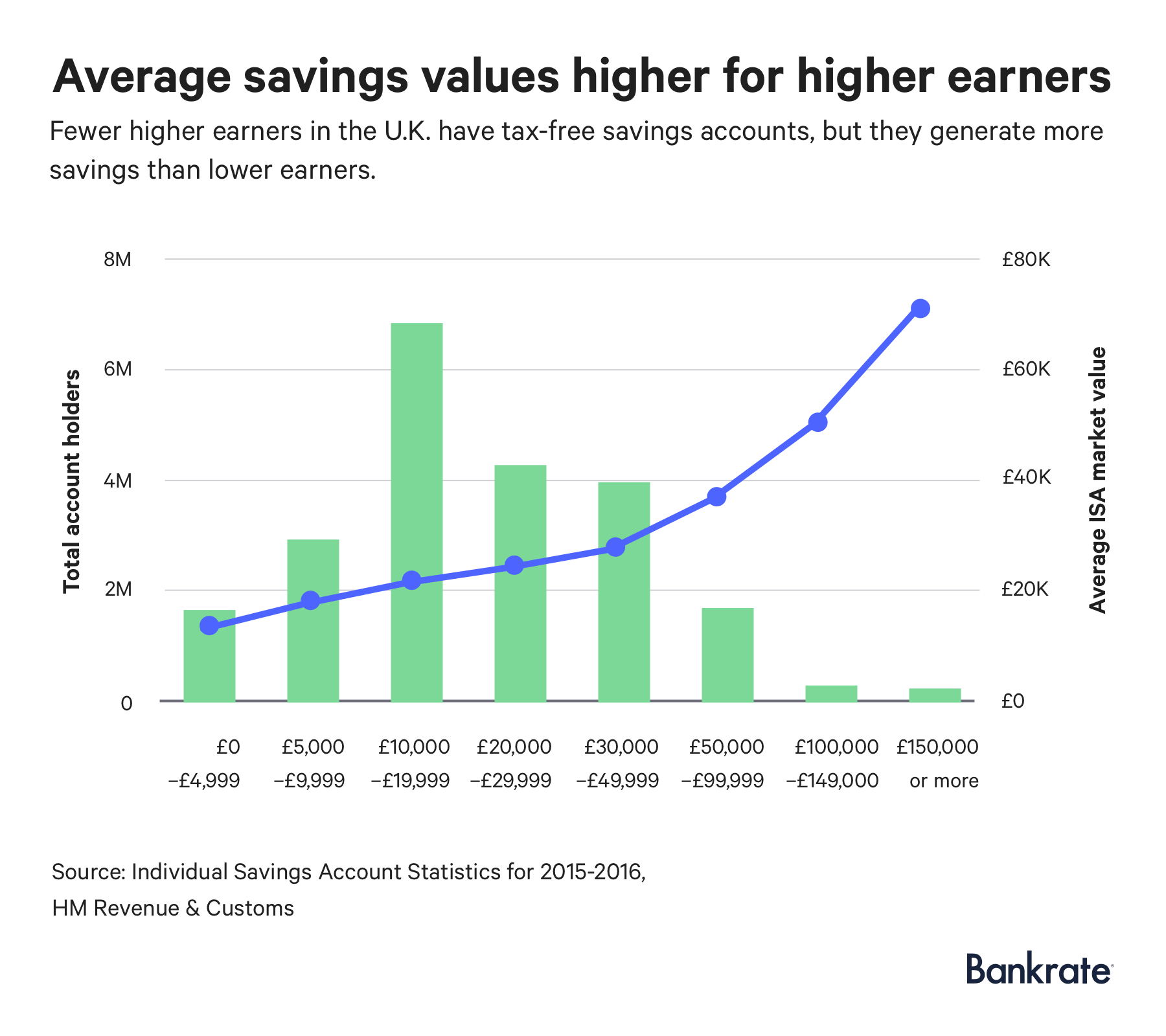 Not everyone thinks introducing a USA is the best way to help Americans boost their savings.

Using these accounts would lead savers to pull funds out of taxable accounts without actually getting them to save more money, says Brendan Duke, a tax policy analyst with the Center on Budget and Policy Priorities. And USAs would overwhelmingly benefit wealthy families, he says, while barely benefiting the households who need the most help.

Others criticize the goal of using USAs to eliminate double taxation (paying taxes when you get paid and paying taxes again when you save money and earn interest). Some experts say other issues are of greater concern.

“It’s great that new proposals to encourage short-term savings are being considered, but I think the logic behind universal savings accounts are flawed. People don’t lack emergency savings because the investment returns on those savings are taxed,” says David Mitchell, an associate director at the Aspen Institute Financial Security Program. “They lack them because, first and foremost, they’re living paycheck to paycheck and their budgets are stretched thin.”

Mitchell is advocating for the creation of a sidecar rainy-day savings account. This would allow employers to help workers save for emergencies similar to the way they’re helping them save for retirement. A separate piece of legislation would encourage employers to offer these kinds of accounts, and companies like Prudential are already testing the idea.

Proponents of the USA say it could simplify our financial lives. Edwards envisions a single account that could replace other types of savings vehicles. In the end, consumers would need just two accounts, he says: an account for long-term savings and a universal savings account.

Having too many accounts can be confusing for people trying to adequately manage their money. But there are benefits to putting money for different savings goals in different buckets.

“When we have money earmarked for something, we’re less likely to use it for other things,” says Mariel Beasley, co-founder of Duke University’s Common Cents Lab.

One thing everyone can agree on is that the $2,500 contribution cap proposed for universal savings accounts is too low. Edwards has proposed a $10,000 contribution limit.

The Senate hasn’t weighed in on universal savings accounts yet, so it’s unclear what the future holds for these accounts. In the meantime, consider opening a high-yield savings account. Online banks are paying as much as 2.5 percent APY.

Beasley offers other tips that you can implement now to save more.

Automate your savings: Make adjustments so that a portion of your take-home pay is deposited directly into a high-yield savings account.

Don’t just use savings apps: Using automatic savings apps like Digit and Acorns can be helpful, but you’ll have to do more than that if you’re saving for a rainy day. The Pew Charitable Trusts recently found that the median cost of the most expensive financial shock was $2,000.

Round up debt payments: Overpay in order to pay off debt faster. Or try out this Common Cents experiment for yourself: Round up your debt payment amount and stick the extra money in a savings account.

Save money from your side gig: A Bankrate survey found that nearly 4 in 10 Americans have a side gig. If you’re one of them, have that paycheck go directly into savings.

Maximize tax credits: Now that tax policies have changed, find out if you still qualify for any credits. Low-income families who qualify for the Earned Income Tax Credit tend to save a portion of that, says Duke from the Center on Budget and Policy Priorities.