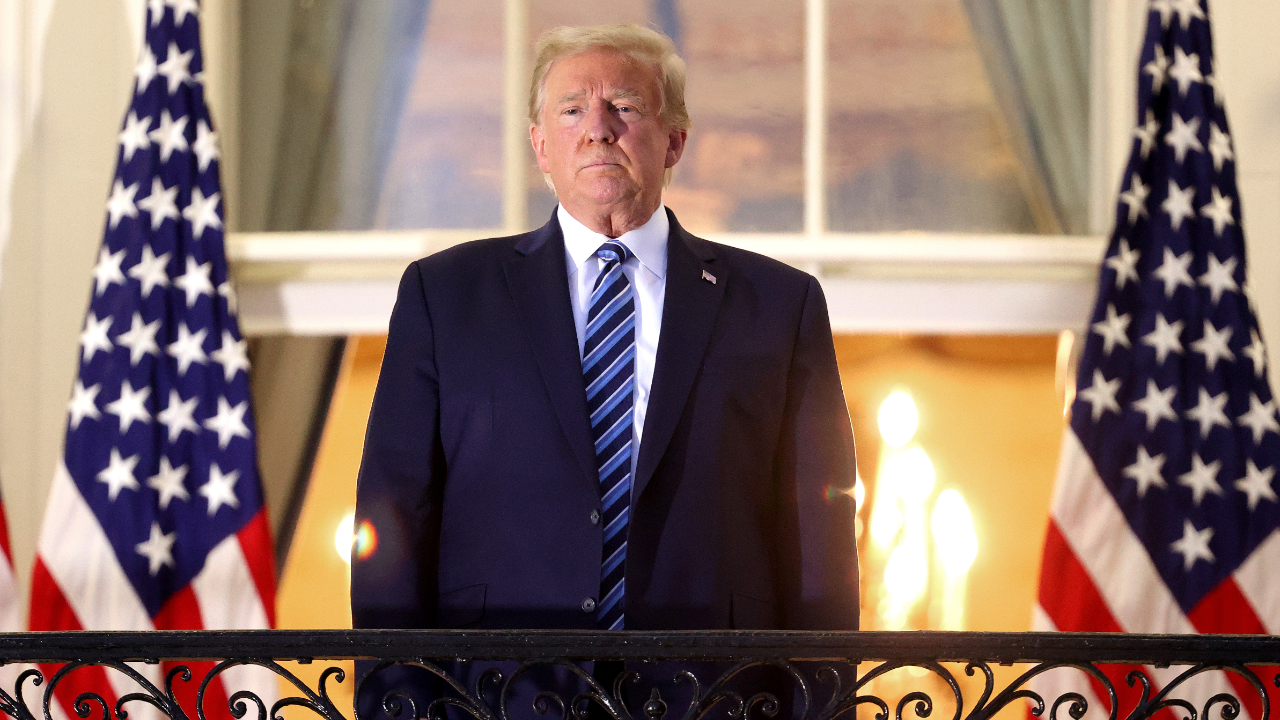 President Donald Trump’s latest round of tweets sent Americans into a stimulus tailspin, after the chief executive in a series of updates within nearly eight hours of each other both called off talks for more aid while simultaneously demanding that lawmakers do more.

“I have instructed my representatives to stop negotiating until after the election, when immediately after I win, we will pass a major Stimulus Bill that focuses on hardworking Americans and small businesses,” Trump tweeted at 2:48 p.m. ET on Tuesday, during his first full day back at the White House after undergoing hospitalization with the coronavirus.

Then, at 9:54 p.m., the president said lawmakers should “immediately” approve $25 billion for airline payroll support and an extra $135 billion for the Paycheck Protection Program (PPP). Trump rounded out the night with a 10:18 p.m. post saying he is “ready to sign right now” a stand-alone bill that would send Americans another round of direct $1,200 payments.

The president’s declaration puts the nearly 30 million Americans relying on jobless benefits in dire straits, who might soon see a cut in their weekly checks as the $300 boost to unemployment benefits authorized through executive action expires. Nearly 40 percent of small business closures are also at risk of becoming permanent, weighing down the recovery even more as the latest labor market data shows that the number of Americans vying for a position outnumbers the availability of open jobs by more than 2 to 1.

Here’s what your next steps should be and where stimulus talks could likely go.

Trump pulled the plug on negotiations merely hours after Federal Reserve Chair Jerome Powell emphasized that Congress has little risk of overdoing relief, urging lawmakers to think big in his most pointed remarks yet.

“Even if policy actions ultimately prove to be greater than needed, they will not go to waste,” Powell said in remarks at a National Association for Business Economics meeting. “Too little support would lead to a weak recovery, creating unnecessary hardship for households and businesses.”

“The economy has recovered the first 11 million jobs a lot faster than it will recover the next 11 million jobs,” says Greg McBride, CFA, Bankrate’s chief financial analyst. “We’re seeing what were temporary job losses morphing into permanent job losses and temporary business closures that are also becoming permanent. Household financial hardship is going to persist for millions of unemployed, and underemployed, Americans.”

1. Homeowners should see if they’re eligible for a CARES Act forbearance program

If stimulus talks are indeed scrapped, Americans facing financial hardship should consider taking advantage of a CARES Act-backed 12-month forbearance program, if they’re a homeowner with a government-backed mortgage. In more extreme measures, they could capitalize on a booming real estate market by selling that property and getting a rental or moving in with relatives, says McBride.

2. Cut back on expenses and work with utility companies

Americans should also reach out to every lender or company they regularly pay a bill to. You might be able to negotiate a temporary pause in your payments or reduce them altogether. Consider cutting back on expenses as much as you can and using those remaining funds to boost your emergency savings.

“Millions of American households and small businesses around the country are financially reeling,” says McBride. “Without additional stimulus, more small businesses will fail and households that have suffered an income reduction will be unable to sustain spending, falling further behind on their obligations.”

3. Know that there’s a slim chance you could still receive a stimulus check

Yet, even amid the whiplash, there’s a small chance that lawmakers could decide to rush through a skinny bill that would provide Americans with a stimulus check.

If that happens, Treasury Secretary Steven Mnuchin has said that, in theory, the $1,200 direct payment (and $500 per each dependent) could take about a week to disburse through the Internal Revenue Service (IRS). Payments would hit Americans’ wallets either through direct deposit or a physical check that the IRS mails out.

Where aid talks could go from here

Lawmakers on both sides of the aisle are already expressing disdain for the president’s orders. Rep. John Katko, a Republican from New York who is up for re-election, asked the president to “rethink this move” in a tweet. Sen. Lisa Murkowski, a Republican from Alaska, urged in a statement that “negotiations should continue.” Senate Majority Leader Mitch McConnell, however, backed the president’s decision, saying to CNN that “we’re not going to produce a result and we need to concentrate on what’s achievable.”

House Speaker Nancy Pelosi evoked Powell’s comments in a statement less than an hour after the president’s initial announcement. The president, she wrote, “showed his true colors: putting himself first at the expense of the country, with the full complicity of the GOP Members of Congress.” She added that lawmakers are “sadly” rejecting Powell’s “urgent warnings” from earlier.

For nearly six months, Congress has been deep in the trenches of a “will-they, won’t-they” negotiation for more relief, after passing the largest aid package in American history with the $2 trillion-plus CARES Act. That bill sent most low- and middle-income Americans direct payments, boosted weekly unemployment checks by $600 and created a small business relief fund as the lockdowns swept across the nation to arrest the virus’ spread.

Mnuchin and Pelosi last week made their most concerted effort in months to negotiate a new package, to no avail. House Democrats ended up pushing through a $2.2 trillion bill late Thursday that bore resemblance to a previously Republican-rejected bill, the HEROES Act, from May. That ultimately came after Democratic leaders rejected a $1.6 trillion deal from the White House, which Pelosi saw as providing tax cuts to the wealthy and said Trump officials weren’t “negotiating in good faith.”

Democrats and Republicans at this point are mostly arguing over “dollars and cents,” according to the House Speaker, with Democrats pushing for a proposed $436 billion in relief for state and local governments. In his initial tweet, Trump called that a “bailout” for “poorly run, high crime” Democrat-controlled states with budget issues unrelated to the pandemic. Mnuchin last week countered Pelosi’s requests with a $250 billion offer.

Democratic lawmakers in the House have also wanted to reinstate those $600 weekly checks, though Republican officials have been adamant about boosting that amount by no more than $400 on fears that it could deter some Americans from working.

That comes as the economic recovery is slowing. Private-sector economists are already downgrading their expectations for growth on the reality that another deal might not get passed until later this year or early into 2021.

“The slower confidence rebounds, the more likely it becomes that this recession follows the playbook of past recessions in terms of prolonged unemployment, financial hardship and personal bankruptcies,” says John Leer, economist at Morning Consult. “The U.S. economy has avoided those outcomes thus far due to significant federal fiscal spending, but a slowing recovery increases their likelihood. Without additional federal spending, the gradual recovery is likely to spiral into an economic contraction.”