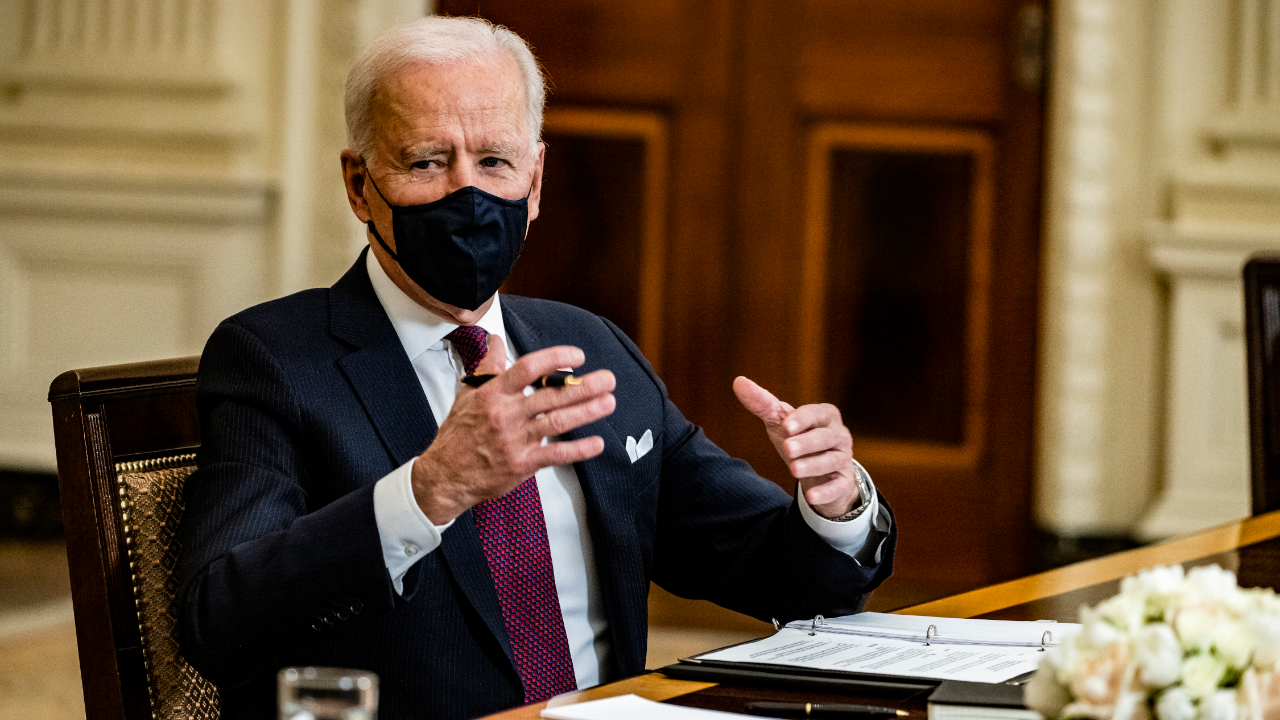 Americans are likely just days away from receiving their third — and largest — coronavirus stimulus check yet, after President Joe Biden on Thursday officially signed the massive $1.9 trillion American Rescue Plan into law.

The bill directs the Internal Revenue Service and the Treasury Department to immediately send $1,400 direct payments to each eligible U.S. adult. The Biden administration sees this as fulfilling its promise of sending $2,000 total stimulus checks to households in 2021, when combined with the second $600 payment from earlier.

“This historic legislation is about rebuilding the backbone of this country and giving people in this nation — working people, middle class folks, people who built the country — a fighting chance,” Biden said in an address from the Oval Office while signing the bill. “That’s what the essence of it is.”

Not everyone, however, will see that high of an Economic Impact Payment, given that the third checks have steeper cutoffs and stricter eligibility requirements than previous rounds. Some low- to moderate-income households, particularly families, will inherit heftier sums of money, while others won’t receive much more at all.

Here’s everything you need to know about the payments, including who is eligible, how much you’ll receive, how soon you can expect these payments and tax tricks as we approach the 2021 filing season deadline.

$1,400 stimulus payments: Who’s eligible and how much will you receive?

Eligible U.S. adults will see $1,400 per each individual in their household, including adult dependents, such as college students.

That breaks away from earlier rounds of Economic Impact Payments, when dependents only qualified for a stimulus check if they were under age 17. The new inclusion means 13.5 million more individuals will receive stimulus payments, according to an analysis of data from the Census Bureau.

Dependents also haven’t always been up for a check as high as adults’ payments, with the first round of $1,200 stimulus checks only allocating them $500. The second round, however, sent $600 payments to everyone who qualified.

Yet, eligibility criteria is considerably stricter than different rounds. A good rule of thumb: If you received a full stimulus payment last time (or at least were eligible for one, if you’re still waiting on a payment), you should receive that full $1,400 amount.

Head of households will have to make less than $112,500 annually to qualify for the full payment.

The IRS and Treasury Department will use your most recently processed tax return on file to determine your stimulus payment eligibility. For most, that’s either income based on 2020 or 2019.

Individuals above the income limit also won’t be able to collect a partial check by having dependents, unlike previous rounds. You’d also have to have a social security number for every eligible individual in your household to receive a check, according to the text of the bill.

As was true with the previous two rounds, individuals who earned less than $12,400 in any given tax year, and thus do not have to file a tax return, can still be eligible for a payment. Around the time of the second stimulus check, the IRS opened up a Non-Filers tool, where those Americans could input their bank account and income information to get a check. Odds are, the agency will most likely open up that portal again.

How soon will the checks arrive?

The bill gives the IRS and Treasury Department until Dec. 31, 2021, to distribute the third round of stimulus checks, but the odds of you waiting that long are low.

That’s mostly because both agencies now have the experience of sending two Economic Impact Payments, during which they’ve evidently worked out many kinks and delays. The first time around, the IRS and Treasury took months to deliver those checks, a process that concluded within two weeks the second time around (though that was explicitly required by the text of the supplemental $900 billion package).

The Biden administration previously pledged to send checks out to millions of Americans before the end of March. Hoping to expedite the process, Biden’s aides also said that the president isn’t planning on attaching his name or signature; instead, they’ll be signed by an official at the Bureau of Engraving and Printing.

“We are doing everything in our power to expedite the payments and not delay them, which is why the president’s name will not appear on the memo line of this round of stimulus checks,” according to White House Press Secretary Jen Psaki during a March 9 briefing.

Checks will be submitted either through direct deposit or distributed by mail via a check or debit card. Electronic debits will be much quicker, while mailed money will take much longer to hit your wallet.

Maybe you had a child or saw your income fall in 2020, meaning you’re eligible for a higher amount than the IRS right now assumes. Perhaps you changed banks or moved in the last year. If that’s you, you’ll want to submit your 2020 tax return as soon as possible, so the IRS has the most accurate picture of your financial situation.

But it’s safe to assume that IRS officials are going to have their work cut out for them over the next few weeks. They might not be able to process your return by the time they begin sending out stimulus checks, meaning you’ll receive less than what you should.

While it won’t be as speedy, you’ll most likely be able to claim any missing stimulus payments when you file your 2021 taxes in 2022 by claiming a Recovery Rebate Credit. And even better, the text of the American Rescue Plan opens up the possibility of additional top-up payments, meaning, in the best of circumstances, you won’t have to wait a whole year to claim your check.

Similar to the first and second stimulus check rounds, you’ll also most likely be able to input your bank account information through the IRS’s GetMyPayment tool. Stay tuned for more information from the IRS in the coming weeks on how and when to fill that information out.

Undoubtedly, a whole separate camp of Americans saw their incomes rise in 2020 versus 2019, meaning they would no longer be considered eligible for a stimulus check if they were to submit their return today.

You could still wait to file your tax return and claim a stimulus check. The IRS wouldn’t attempt to recoup that payment, and it also shouldn’t open you up to any penalties or fines, according to the current text of the bill. Economic Impact Payments also aren’t considered taxable income.

But beware: You don’t want to risk incurring late fees by waiting so long that you submit your tax return past the April 15 deadline (or June 15, if you’re a Texas or Oklahoma resident).

Stay tuned for more details from the IRS on how it plans to deliver these payments at the height of the 2021 tax filing season.

Biden, in his first prime-time address on the one-year anniversary of the coronavirus outbreak being declared a pandemic, pointed to the bill and the added optimism surrounding vaccinations as a major inflection point after a year of extreme turmoil, with the U.S. death toll now rising above 500,000.

“Finding light in the darkness is a very American thing to do,” he said. “In fact, it may be the most American thing we do. And that’s what we’ve done.