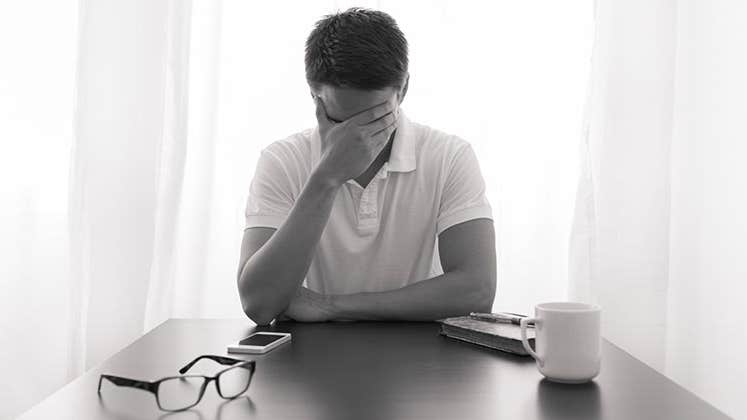 The washing machine broke, you chipped a tooth and the dog needs to visit a heart specialist. And that was just Tuesday.

Unexpected expenses are almost guaranteed to occur, but few Americans are budgeting for them by stashing money in savings each week or month, the latest Money Pulse survey from Bankrate.com has found.

Bankrate commissioned Princeton Survey Research Associates International to conduct its Money Pulse survey on budgeting and unexpected expenses. It interviewed 1,000 people December 17-20, 2015, with results having a sampling error of plus or minus 3.8 percentage points.

“The survey shows that a very significant minority of American households apparently don’t have the resources to pay for an unexpected expense of around $1,000,” says Stephen Brobeck, executive director of the Consumer Federation of America.

Unexpected expenses occur with such frequency that they should be accounted for by budgeting to save money for emergencies. In Bankrate’s survey, 4 of 10 respondents or their immediate family ran into a major unexpected expense last year. Just 57% made it out of 2015 financially unscathed.

If you need a personal loan to respond to an unexpected emergency, check out the rates at Bankrate.com.

How people deal with unexpected expenses

Nearly 4 in 10 respondents, 37%, say they would pay for an unexpected expense with savings, Bankrate’s survey found. That’s about the same as December 2014, when 38% of people answered the same way.

Nearly a quarter of people, 23%, reported they would pay for an emergency by reducing spending on other things.

“Let’s give everyone credit for that. 60% are taking grown-up responsibility for the expense,” says Robert Fragasso, chairman and CEO at Fragasso Financial Advisors in Pittsburgh.

Credit cards would be an option for 15% of respondents. The same number said they would borrow from family or friends.

“If it were $10,000 in uncovered expenses, the answers might be different. If it’s paid with debt and if the balance is not amortized quickly, it should be converted to a home equity line of credit to pay down as quickly as possible, but in the meantime, the interest becomes tax-deductible,” Fragasso says.

In a nutshell, the interest from the first $100,000 of a home equity line of credit is typically tax-deductible.

“The other thing is that if you shop (for a HELOC), it will be a low interest rate around 2% to 4.5%,” says CFP professional Herbert Hopwood, CFA, president of Hopwood Financial Services in Great Falls, Virginia.

How people act based on income

Not surprisingly in Bankrate’s survey, those with higher incomes were most likely to say they would rely on savings for emergencies. Over half, 54%, of those earning $75,000 or more annually said they would pony up the cash for an unexpected expense.

Only 23% of people with yearly incomes less than $30,000 said they would use savings. And 9% of respondents in this income level said they don’t know how they would pay for an unexpected expense.

Are millennials getting the hang of personal finance?

Millennials changed up their answers from last year. The trends for older generations were mostly unchanged.

In 2014, many more young people said they would have to reduce their spending to pay for an emergency.

In this year’s survey, millennials were most likely to say they would use savings. More also indicated they would use a credit card, while fewer said they would need to reduce spending to meet an unexpected expense.

Note: Margin of error is plus or minus 3.8 percentage points.

Unexpected expenses are a learning experience

When asked how they had dealt with their most recent unexpected expense, 36% of respondents said they used savings. Another 20% said they dealt with it by setting up a payment program.

About 1 in 10 said they borrowed from family and friends, while another 11% said they haven’t begun paying the bill.

Only 13% paid for their most recent emergency expense with a credit card.

Cutting cable but not the smartphone

To understand how Americans bolster their savings, Bankrate asked respondents how likely they would be next year to cut back on spending in 5 categories: dining out, coffee, cable or satellite TV, alcohol and cellphone plans.

In terms of cost, restaurant meals and cable can be budget busters. For most people, cutting the fat out of their budgets means tackling the highest-cost items, such as cable TV. But in the end, it comes down to choices. Which expenses are negotiable, and which are mandatory?

“Don’t cut things that are important. You don’t cut your daughter’s dance lessons, but (you cut) the superfluous things such as sending out for dinner. Do you have to eat out so often? Or, the latte factor,” Fragasso says. “If you table up what you spend in the course of a year on coffee, you may be able to fund your IRA.”

Cellphone plans also can cost an arm and a leg, but fewer people say they are willing to budge on that.

“The funny thing is that smartphone penetration is higher than the number of households with a computer at home. It’s young people who are driving it up,” Brobeck says.

Can you boost savings if you reduce spending?

Nearly two-thirds of adult Americans owned a smartphone as of April 2015, according to data from Pew Research. For those age 18-29, the number of smartphone owners jumped to 85%.

As vital as smartphones are to everyone, “don’t by default take whatever plan the phone company gives you. Do you need all the data? Or, are you using all the devices?” Hopwood asks.

“I have an iPad that I rarely use, but I am still paying the cost of a data plan. Make sure you have the right plan for your usage and your needs,” he says.

Acting proactively rather than reactively to reduce spending should help you boost your savings and increase your peace of mind. There’s no way to avoid unforeseen expenses, but having a plan in place for emergencies could help you sleep at night.

Methodology: Bankrate’s poll was conducted by Princeton Survey Research Associates International, which obtained the data via telephone interviews with a nationally representative sample of 1,000 adults living in the continental U.S. Telephone interviews were conducted by landline (500) and cellphone (500, including 269 without a landline phone) in English and Spanish from Dec. 17-20, 2015.