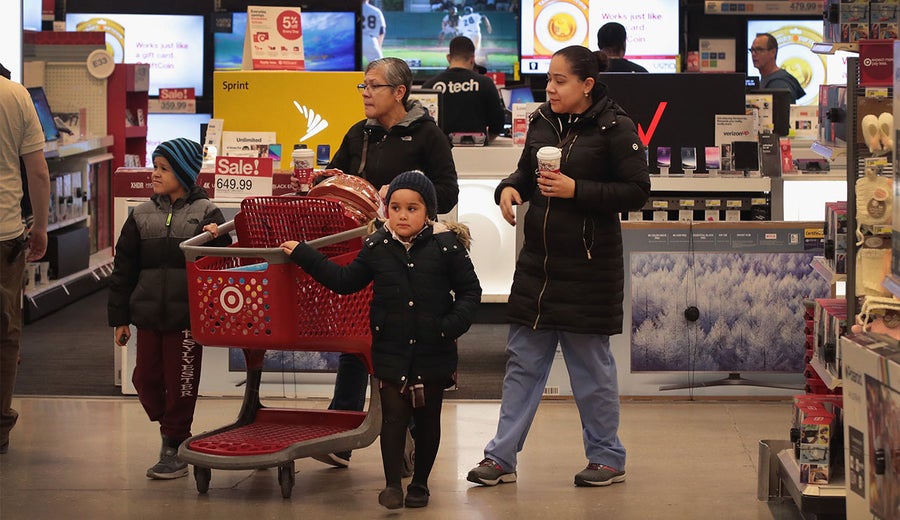 Americans don’t change much over time, at least as it relates to spending.

The average young worker at 27 will remain consistent in how she allocates her spending over the next half century. Even as incomes rise, families expand and old age creeps up, Americans—with a few exceptions—are set in their ways.

This means there are big opportunities for conscientious spenders to change their habits and increase their savings. One cardinal rule: You must learn to set your sights lower.
If you’re one of the 61 percent of Americans who wouldn’t pay for an unexpected $1,000 expense out of savings, or are among those confronting record-level credit card debt, you need to change something.

Earning more would be great, but wage growth has hardly risen meaningfully faster than overall inflation since the end of the Great Recession. Given this fact, let’s concentrate on your spending habits.

But where to cut? Your mind may drift to unnecessary items, such as electronics or fancy clothes, as the best place to start. But those types of discretionary purchases amount to very little for any age cohort, from millennials to the silent generation.

The real money is in housing costs, according to the Bureau of Labor Statistics’ Consumer Expenditure Survey, which broke down American spending by category and generation.

Housing: the big one

The roof over your head eats up about a third of your budget, from principal and interest to maintenance and cleaning costs, no matter what your age.

You can try to refinance, or lower your maintenance costs, to chip away at the big price tag. But you need to make some real sacrifices, whether location or size, to lower your overhead.

Transportation: Getting from point A to point B is the second largest cost for everyone save the silent generation, ranging from 14 to 17 percent of average annual spending.

Food: Every generation allocates about one-eighth of their spending to food. The older you get, though, the more likely you are to make food at home.

Millennials ($6,300 in food spending) and Generation X ($8,900) both spend slightly less than half of their food budget on dining outside the home. Boomers ($7,300) and the silent generation ($5,500) spend only two-out-of-every-five dollars on eating out.

Health: Unsurprisingly, health costs rise when you age, making up just 5 percent of spending for millennials, compared to 15 percent for their grandparents. Health costs comprise 9 percent of the average boomer’s budget, and 7 percent for Generation X.

This presents a huge problem for millennial savers, though. Couples retiring at 65 today will spend nearly $300,000 on out-of-pocket health care over the course of their lives, and that doesn’t include outrageously expensive long-term care. Mitigating that huge deferred burden is vitally important, but products created to help (like health savings accounts) have been under-utilized by the young and healthy.

You may loathe how much your spouse spends on television, games, hobbies or even the family dog, but in the grand scheme of things, it’s a relatively paltry sum.

Only about half of Americans have a retirement plan, while the average person has just $4,500 in a checking or savings account. Half of all retirees will endure a lower standard of living in retirement, according to Boston College. People are leaning ever-harder on Social Security for their retirement income.

And yet, working-age Americans do save. Millennials, Gen-Xers and boomers all earmark roughly 12 percent of their spending to Social Security payments and retirement savings. Of course, the Social Security taxes you pay simply come out of your paycheck, depriving you of much say in the matter.

But you should use that principle when it comes to saving in your 401(k) or IRA, as well as building up your emergency fund.

Contribute at least 10 percent of your pay, including any match, into a tax-preferred retirement account, and sign-up for auto-escalation so you contribute slightly more each year. Spending to ensure your retirement security will bring you greater financial independence than the biggest house on the block.