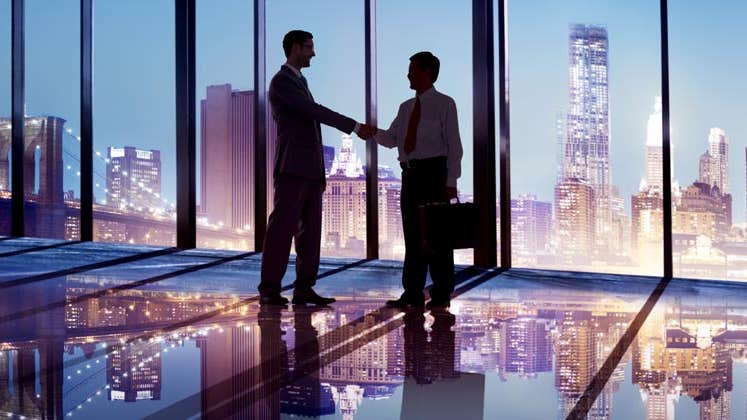 The nation’s job market should continue to see slow but steady improvement over the next year, according to the latest quarterly Bankrate Economic Indicator survey of top U.S. economists. And with that employment comeback, 90 percent of the experts say you can bet on a mid-2015 interest rate increase by the Federal Reserve.

“My hope is that continued real wage stagnation will cause the Federal Reserve to move very slowly to raise interest rates and, perhaps, reconsider raising them at all,” says survey respondent Seth Harris, a former deputy U.S. secretary of labor and now a distinguished scholar at the Cornell University Industrial & Labor Relations School.

The economists have slightly downgraded their outlook for growth in the U.S. economy. But with Japan in recession and Europe risking contraction, the average prediction for annual growth in the U.S. gross domestic product is put at a fairly robust level of nearly 2.8 percent. They also see a smaller rise in Treasury yields over the coming four quarters compared with our earlier survey just three months ago.

As the Federal Reserve reverses its extraordinary measures aimed at guiding the economy, the experts outlined a number of possible shocks that could affect consumers and investors. These include “excessive financial market volatility” and a “correction in the equity markets.”

Still, the economists, on average, see a small possibility (14 percent) that the Fed will opt for yet another round of “quantitative easing,” asset purchases aimed at keeping the economy on a growth path.

So, don’t bet on QE4 coming from the Fed. “You would have to see a significant deterioration in the economy and the labor market,” says Scott Brown, chief economist at Raymond James. 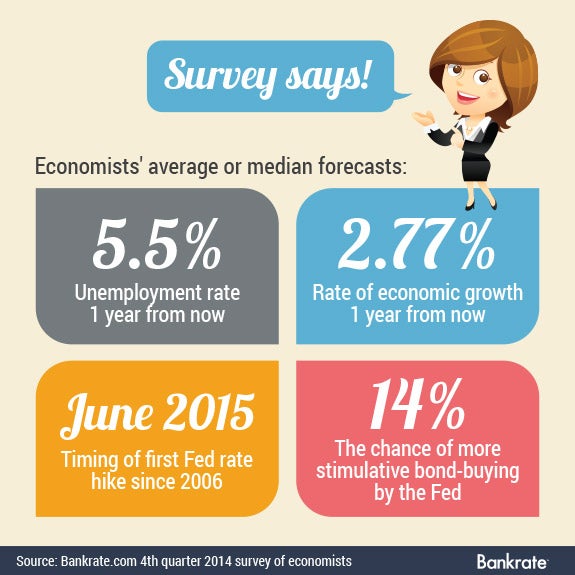