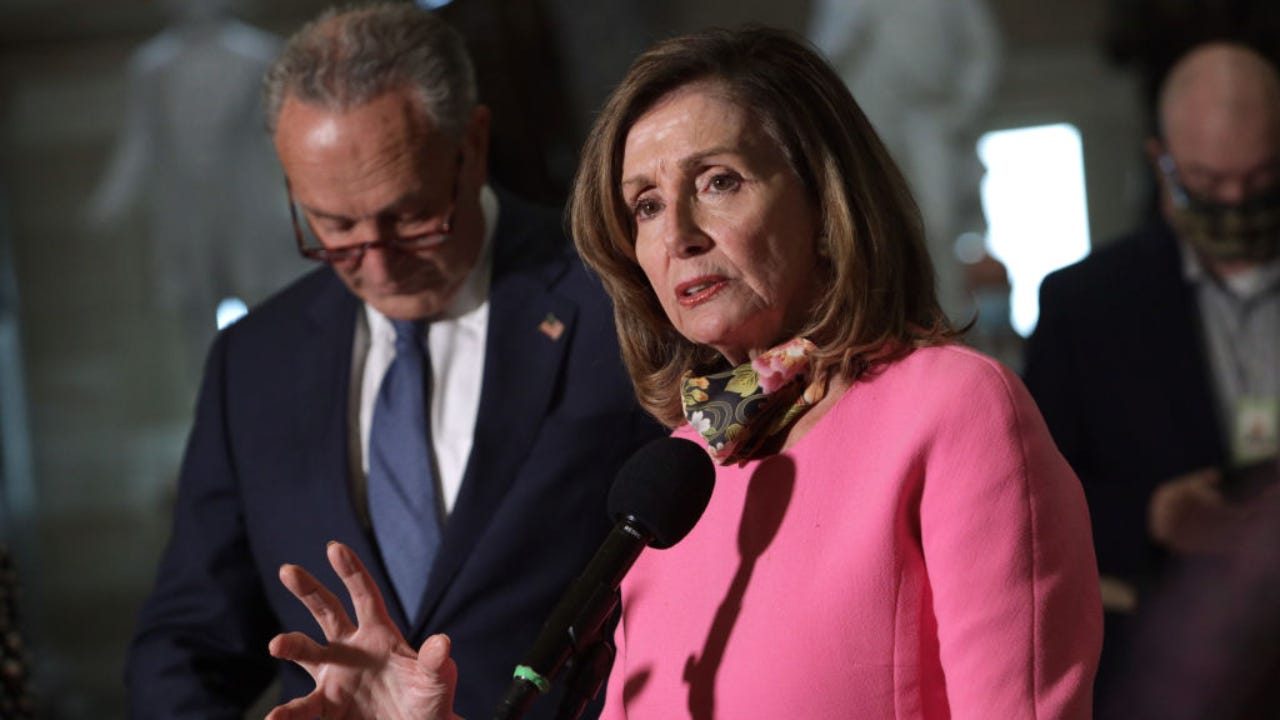 The House of Representatives passed a massive $2.2 trillion coronavirus stimulus bill late Thursday night that would send another round of stimulus checks and boost weekly unemployment benefits by an extra $600. The bill, however, appears unlikely to advance through the Republican-controlled Senate.

And while it may seem like lawmakers have taken a significant step forward in getting more Americans relief during the worst downturn in generations, the effort might actually end up taking two steps back.

That’s because the bill is a trimmed-down version of the HEROES Act, a $3.4 trillion House bill passed back in May that Republicans ended up rejecting. House Democrats on Thursday voted to move the revised bill forward with a 214-207 vote, after talks fell apart between House Speaker Nancy Pelosi and Treasury Secretary Steven Mnuchin while trying to strike a bipartisan agreement.

Here’s everything you need to know about the bill, including what’s in it and how soon it could filter through to your wallet, if at all.

Here are the provisions in the revised HEROES Act that could matter most to your wallet:

How likely the bill is to become law

Pelosi has stressed that lawmakers will continue to work together, yet both sides of the aisle are miles apart on priorities, and the White House opposes the bill.

Deep in negotiations Wednesday, Mnuchin and the Trump administration proposed a counter offer of $1.6 trillion in funds – most of which came from unused small business aid – that could be reallocated toward sending another round of stimulus checks, boosting weekly jobless aid by $400 and sending $250 billion to hard-hit state and local governments.

Democrats also subverted a “skinny” stimulus bill totaling $650 billion that Republican leaders in the Senate attempted to pass almost a month ago. Lawmakers at this point are battling over dollars and values, according to Pelosi, with the highest-contested provisions being extra unemployment checks and aid to struggling state and local governments.

Both Pelosi, Senate Minority Leader Chuck Schumer and Majority Leader Mitch McConnell have all described one another’s bills as being rife with “poison pill” policies that neither party would support. Republican leaders are also questioning whether the House’s revised bill might be more of an action of position-signaling rather than true policymaking just weeks before the 2020 presidential election.

With that vote just around the corner, the gridlock is pointing to signs that another round of relief might not be passed before the pivotal decision. All of that is going to weigh on Americans’ wallets – and potentially cost lawmakers their vote.

A September Bankrate survey found that many voters remain divided over which candidate – former Vice President Joe Biden and President Donald Trump – would be better for their wallet. Meanwhile, almost 2 in 5 respondents said the president’s handling of the pandemic has deterred them from checking his name on the ballot.

“It is less than encouraging that the economy is put at increased risk because of political differences as each additional day and week goes by,” says Mark Hamrick, Bankrate’s senior economic analyst and Washington bureau chief. “The difference will include whether some of those millions of Americans will be able to pay their bills and put food on their tables.”