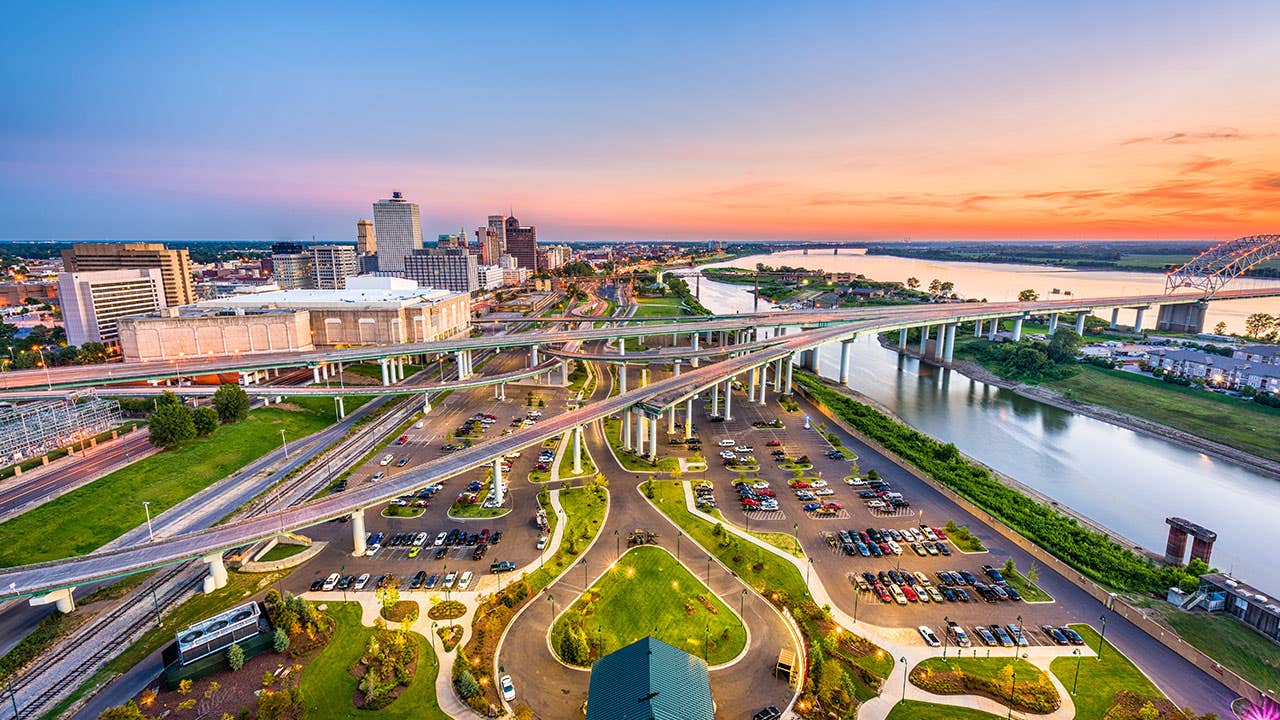 People living in areas with high housing costs could forgo all nonessential expenses for three years, religiously saving their extra dollars month after month, and still not accumulate enough cash for their recommended emergency fund, based on the 2019 Bankrate Study of the Best Metros for Savers.

A household’s ability to save for financial emergencies varies widely based on its ZIP code. Setting money aside could be nearly impossible for households living in the San Jose, San Francisco, Los Angeles and San Diego metro areas in California, according to the study.

The 2019 Bankrate Best Metros for Savers was compiled using public and private data related to the 50 largest metro areas within the United States. We used the 2017 household median income for each metro provided by the U.S. Census Bureau and subtracted monthly mortgage payments, property taxes, state and federal income taxes and flat percentages for groceries, transportation, health costs and utilities. A full methodology is included below. The ranking is based on how much of the emergency budget was covered by annual net income.

The four largest metro areas in California fared the worst for typical households trying to save out the 50 largest metro areas. If households earned the median income for their areas, made mortgage and other necessary payments toward the median price home and spent reasonable amounts on other essentials — including transportation, groceries and health care — they’d finish each month in the red. In other words, they would never be able to build an emergency fund.

Using the same guidelines, a penny-pinching family in the Memphis, Tennessee, metro area would be able to build their emergency budget — enough to cover six months’ worth of expenses — in about a year. The birthplace of rock ‘n’ roll claims the top spot for savers, according to the study.

The worst metros for savers

The San Jose, San Francisco, Los Angeles and San Diego metros fell to the bottom largely because the estimated housing costs took a large bite out of families’ incomes.

When you tally the average property tax, home insurance cost with mortgage payments based on the median home price for the area, you find households earning the median income in each metro ($65,331 to $105,809) would drop more than half of their pretax dollars on housing. Financial experts generally recommend we allot no more than about a third of our pay to keep a roof over our heads.

“It’s not uncommon to see people spending over 30 percent of their income on housing. When it approaches 40 percent or more, it would make sense to start talking about other options,” says Todd Christensen, education manager at the nonprofit Money Fit by Debt Reduction Services Inc.

Options include renting out a room, switching from buying to renting and moving in with roommates or friends and family. These are compromises average Americans are forced to make to save or just break even.

“It’s not about cutting expenses,” Christensen says. “It’s about focusing on your top priories and knowing what your financial priorities are.”

The best metros for savers

Memphis, followed by Cincinnati and Cleveland, topped the list as the best metros for savers. Families watching every cent could gather enough money to cover their six-month emergency budget in about a year to 13 months, according to the study.

Households could put about a quarter of their pretax income ($50,194 to $59,478) toward their homes if they earned the median income and maintained typical expenses for the area, the data shows.

“People who live in lower-cost communities have an additional opportunity to accomplish their savings goals,” Hamrick says. Now that there’s a pause in federal interest rate hikes, it’s a great opportunity to build savings and pay down debt.

Why Americans in many areas are struggling with finances

Most of us don’t shove every extra dollar into the piggy bank because we make “nonessential” purchases for haircuts, toothbrushes and other goods and services. Half of households earn less than the median income for their areas. Many people rent instead of stretching themselves to make unreasonably high mortgage and housing payments. Others previously bought homes at prices lower than their current appraisals or found ways to cut back.  But the study’s underlying finding is inescapable: It’s difficult for typical households in high-cost areas to build emergency savings.

“One of the reasons we have a political divide in our country is because the economic expansion has been anything but even,” says Mark Hamrick, Bankrate senior economic analyst. “The lack of more substantial and even-handed wage gains means that many Americans have continued to struggle.”

Hamrick says while some areas have seen unemployment rates reach historic lows paired with job and per capita income growth, other places have endured slower economic recoveries since the Great Recession. Rising inequality also highlights that the last decade has been better to some than others. Higher-income earners have seen the largest gains while middle-class and lower-income earners have lagged behind, especially in the face of rising housing costs and other financial pressures.

Four in 10 U.S. adults would have struggled to cover a relatively small $400 emergency expense in 2017. Without savings, Americans would have had to sell something, borrow or leave the unexpected financial bill unpaid for, according to a Federal Reserve report released last year. Earlier this year, a Bankrate survey showed similarly troubling findings with only 40 percent of respondents saying they’d pay an unexpected $1,000 expense, such as a car repair or emergency room visit, from savings.

How to save more in every metro

Tens of thousands of people moved to places considered unaffordable for housing just last year. When working with clients hoping to dig themselves out of debt, Christensen’s first advice isn’t to break out the moving boxes, but rather to build a budget.

“We are a much more mobile society than we were in the past, but people still generally don’t want to move just for financial reasons,” Christensen says.

Americans in high- and low-cost communities skip the fundamental personal finance rule of building and following a budget. Fifty-three percent of people said in January that either they or their spouse tracked their household’s monthly spending against a budget. Forty-seven percent of respondents said their household wasn’t using a budget, according to the Bankrate survey released earlier this year.

“Maybe you should focus on debt, but you should always save something,” Christensen says. “As long as there is income in the household, you should save — even if it’s a few dollars.”

One quick, easy way to start saving is by asking your employer if you can split your paycheck into two accounts, sending a small portion of every paycheck to a high-yield savings account automatically.

For those not considering a move, it pays to be aware of the variations in costs throughout a community that could change from neighborhood to neighborhood, Hamrick says. It’s also beneficial to be savvy when shopping, especially when it comes to where we live. In the case of buying a home, people can shop around for the best available rate on a mortgage or a refinance. Or if renting people might consider living in the suburbs of a metro area rather than the city center.

The 2019 Bankrate Best Metros Saving was compiled using public and private data related to the 50 largest metro areas within the United States. We used the 2017 household median income for each metro provided by the U.S. Census Bureau and subtracted monthly mortgage payments, property taxes, state and federal income taxes and flat percentages for groceries (13.47%), transportation (8.99%), health costs (4.57%) and utilities (9.90%).
The percentages used were based on the typical amount Americans spend on each category and are used by the Cost of Living Index published by The Council for Community and Economic Research. State and federal income tax estimates were generated using the TAXSIM model. For the tax estimates, we used a married household that earned the median income for their metro and had two children under 17 at home. All income was considered wages and salaries. Average property tax information for each metro was shared by ATTOM Data Solutions. We used the Bankrate Mortgage Calculator, assuming a mortgage rate of 4.34 percent and median home prices for 2018 provided by ATTOM to calculate mortgage payments. Insure.com provided the average home insurance cost for each state. For state measures, we used the state where the majority of people in each metro reside. In the case of the District of Columbia, we used D.C. Emergency budget is considered to be six months of expenses. The ranking is based on how much of the emergency budget was covered by annual net income.