Skip to Main Content
3 min read Published May 05, 2021
Written by
Jeff Ostrowski
Written by Jeff Ostrowski Senior mortgage reporter
Jeff Ostrowski covers mortgages and the housing market. Before joining Bankrate in 2020, he wrote about real estate and the economy for the Palm Beach Post and the South Florida Business Journal.
Jeff Ostrowski

In the state-by-state rankings of most active mortgage lenders, it’s Quicken and everyone else.

Underscoring its market-leading position, Quicken Loans was the second-largest mortgage lender in an additional 12 states.

But here’s a twist: No other mortgage lender had pole position in more than one state last year. Every one of the 20 states where Quicken wasn’t No. 1 had a different No. 1 lender.

These rankings are based on a Bankrate analysis of preliminary Home Mortgage Disclosure Act data, with an assist from ComplianceTech’s LendingPatterns.com.

States where Quicken leads the pack

Quicken was the top lender in all five of the most populous states — California, Texas, Florida, New York and Pennsylvania. And Quicken was the biggest mortgage originator in such major states as George, North Carolina, Michigan (Quicken’s home turf), New Jersey and Virginia.

Quicken clearly is focusing on states with the biggest numbers of borrowers. The company originated the most loans in 14 of the 16 largest states.

States where Quicken isn’t No. 1

Despite its dominance, there are two large states where Quicken doesn’t hold the top spot. In Illinois, first place was occupied by Guaranteed Rate.

Reflecting its efforts to market to consumers, Guaranteed Rate owns the naming rights to the ballpark of the Chicago White Sox. Chase ranked No. 2 in Illinois by number of loans originated in 2020, while Quicken placed third.

And in Ohio, Huntington National Bank, based in Columbus, was the state’s top mortgage originator in 2020. Quicken was No. 2 in the state.

In the states where Quicken isn’t No. 1, the top spot often is held by a local player. Bangor Savings Bank is the biggest originator in Maine, Glacier Bank is tops in Montana and Summit Credit Union is No. 1 in Wisconsin.

Here are the top lenders in every state based on mortgage originations in 2020:

What you can do to get a better mortgage rate

Should you go with the biggest lender in your state for a refinance or a purchase mortgage? That depends.

Before committing to a lender, do your research. To secure the most favorable mortgage rate, take these steps: 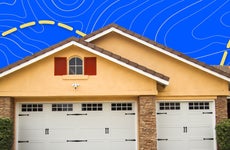 Best mortgage lenders in California in 2023 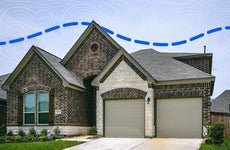 Best mortgage lenders in Texas in 2023 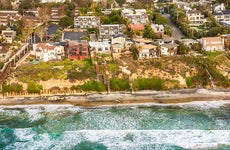 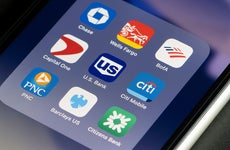