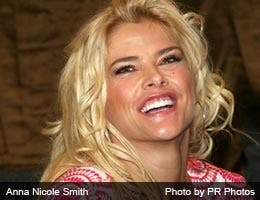 Just because the rich and famous can afford the best legal representation for their estate, doesn’t mean they don’t make mistakes — sometimes enormous errors that not only greatly diminish the value of their assets through legal fees, but tarnish the image of the family whose founder worked so hard to earn the fortune. Too many family skeletons come out of the closet during all-out probate wars and the bigger the estate, the nastier the fight.

Russell Fishkind, a partner at Saul Ewing LLP in Princeton, N.J., and author of “Probate Wars of the Rich and Famous,” unravels several famous estate-planning litigation cases in his book.

The costliest, ugliest estate-planning wars are most often not caused by the documents, he says, but by the people who oversee the plan — namely the very loved ones it’s designed to benefit.  “To me, the most common estate-planning mistake is inappropriate choices of fiduciaries, meaning executors, trustees and guardians.”

One tragic example is Tom Carvel, of ice-cream fame, who began selling the soft-serve treat out of the back of a truck and built a fortune estimated at between $80 million and $200 million by the time he died in 1990. He was childless and wanted his widow and some charities to benefit from his estate, but as an article in Forbes points out, his biggest beneficiaries turned out to be attorneys.

“He was a bit of a control freak and named seven executors,” all of them family or business associates with a stake in the game, says Fishkind. “And do you know how much his wife got when he died? Nothing.” The seven feuding executors spent several years and millions of dollars in litigation, and Carvel’s wife died before the case was settled. “Here’s a guy who worked his whole lifetime and he made one big mistake” in his estate plan that undid everything, Fishkind says.

The solution, he adds, is to appoint executors who don’t have a financial claim on the estate, apart from their fees. “People are reluctant to use corporate fiduciaries because they charge a fee,” he says, but it’s the only way to ensure impartiality. Michael Jackson, for example, named his longtime attorney and his business manager as executors. “Though there’s plenty of drama with that estate, it has nothing to do with the executors. They’re doing a good job,” he says. “This is one of the largest-grossing estates and will eclipse Elvis Presley’s,” he adds, but because the executors are independent of family drama, the estate is being administered according to Jackson’s wishes.

It doesn’t take a fortune for families to fight. It’s surprising how much emotional pain can come from an estate with a small financial payoff. So it’s wise to think carefully and talk to everyone involved before deciding to appoint a family member as executor.

Have you experienced a family breakdown because a loved one was named executor of the estate?