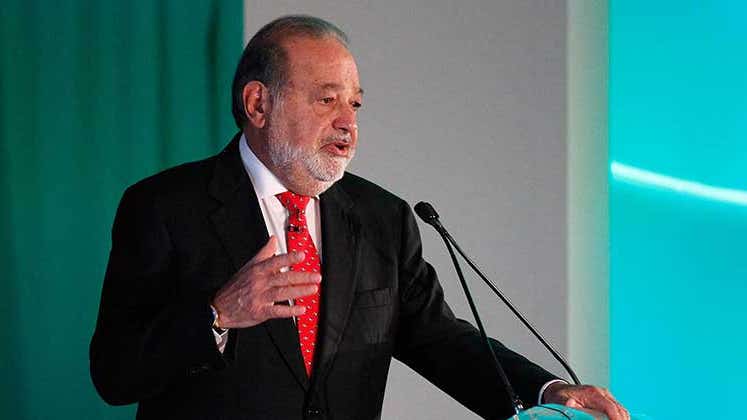 How Carlos Slim Helu’s net worth was built

Carlos Slim Helu’s net worth is estimated at $48.2 billion, according to Forbes. In 2015, Slim was the second richest man in the world. And despite a $27.1 billion drop in his net worth in the past year, Slim still comes in at No. 4 on Forbes’ list of 2016 billionaires.

Helu owns America Movil, a telecommunications corporation. He is also the largest shareholder of The New York Times, with a 17 percent stake. He owns a majority stake in the industrial conglomerate Grupo Carso, financial venture Grupo Financiero and the operating company Ideal.

Slim got started early with investing. At age 12, he opened his first checking account and bought shares of Banco Nacional de Mexico.

By 1965, Slim had established the basis of Grupo Carso. In the 1980s, Slim’s company made diverse acquisitions and investments, including General Tire and Reynolds Aluminio. In the 1990s, he acquired Telemax, SBC and France Telecom. His company, America Movil, is currently a leading cellular service provider in Latin America.

You can use Bankrate’s net worth calculator to see how your net worth compares with Carlos Slim Helu’s.

Slim continues to be active in the business world, although he has turned his companies over to his sons. His Carlos Slim Foundation is dedicated to promoting health, education and community development. He’s also an avid fan of baseball, art and nature.

In addition to receiving an honorary degree from George Washington University, Slim has also received the Red Cross Badge of Honor and Merit, as well as the Dwight D. Eisenhower Global Leadership Award.

For his philanthropy, he received the Starlite Humanitarian Award, and the Friars Club of New York presented him with their Icon Award of Philanthropy for his support in the fields of education and health care.

RATE SEARCH: Ready to start saving your first billion? Get some interest on your savings starting today by shopping money market accounts.

Read more From Mitch
Mitch Strohm is a regular contributor for Bankrate. Based out of Nashville, Tennessee, he has been reporting on the finance space for more than 12 years. Since 2010, Mitch has written and edited articles for Bankrate on topics including mortgages, banking, credit cards, loans, home equity and personal finance. His work has also been seen on sites including Business Insider, Clark Howard, Yahoo Finance, Fox Business, Interest.com and Bankaholic.com.