The second time you fall

Maybe Ol’ Blue Eyes had it right: For many people, love is lovelier the second time around.

Nevertheless, a later-in-life wedding often requires as much, if not more, planning as a ceremony for a young couple just starting out — though of a different variety.

A 20-something bride may be dreaming about raising a perfect family, for instance, while a young groom could be concerned about how they’ll buy their first house.

For older newlyweds, concerns may range from letting adult children know how this changes their inheritance picture to having two houses and just one household.

The good news is, effective planning and communication can smooth over most, if not all, of these transitions.

As Frank Sinatra crooned, love’s more comfortable the second time you fall. Here’s how to avoid tripping on all the legal and financial issues as you walk toward the aisle.

With both feet on the ground 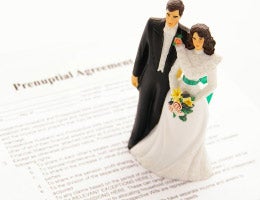 Prenuptial agreements often are considered the purview of the rich and famous. But experts agree they’re a necessity for almost anyone marrying later in life.

After all, there are two lifetimes’ worth of assets involved. And spouses may have divergent views on what, if anything, to leave kids and grandchildren. Thus, a prenup is a great way to make sure everyone’s on common ground.

People often shy away from the subject because bringing up a prenup seems “awfully cold and offensive, and it is,” says Mike Martin, president of Financial Advantage Inc. in Columbia, Md., a widower who remarried at 67. But he says: “There’s no substitute for openness and candor.”

The openness should extend to the extended families, says Joseph “J.J.” Montanaro, a Certified Financial Planner with USAA in San Antonio. “Consider conducting a state-of-the-union address,” he says.

Linda Suzzanne Griffin, an estate planning attorney in Clearwater, Fla., says bride and groom should hire separate attorneys to draw up the prenup, to reduce the threat of litigation for fraud or coercion.

And don’t wait until your rehearsal dinner. Someone signing the night before the wedding can claim duress, potentially opening the door to legal action. 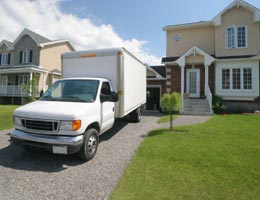 If both partners own homes, they need to decide where to live. They might choose to buy a house together, or have one spouse move in with the other.

Montanaro says one key question must be answered: “If I sell my house and move in with you, what happens if you pass away (first)?”

Where to live is just one of the details involved in merging into marriage. Some couples may decide to keep their finances separate, or set up a joint account to pay household expenses.

Others may divvy up costs depending on each spouse’s resources and interests. A husband who doesn’t golf, for instance, may not feel like splitting country club dues with a wife who hits the links regularly. “Not everyone is created financially equal,” Montanaro says.

The bottom line: Matrimony will be happier if a couple has a budget that “makes sense for them, based on the lifestyle they want,” says Debra G. Speyer, a Philadelphia attorney. 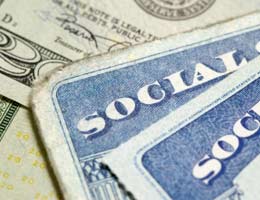 A second shot at love can seem like a miracle for some retirees. But couples need to remember that remarriage may affect retirement realities such as Social Security, veterans benefits if applicable and pension payments, Speyer says.

For instance, if you are receiving Social Security survivor benefits when you remarry, you may be eligible for a boost based on the record of your new spouse, once you reach age 62 or older.

Meanwhile, don’t forget topics such as power of attorney and who makes health care decisions should one spouse become incapacitated. Many times people made a child their designated decision-maker, then forgot to change once they remarried.

And though it may seem counterintuitive at that age, Tom Eddy, general counsel for BPU Investment Management in Pittsburgh, suggests obtaining life insurance as a way to provide for a spouse or child. 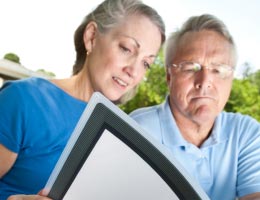 Anyone marrying later in life needs to keep estate planning front and center in their financial discussions.

One partner likely will pass away first, so discussions should focus on who will inherit what. Often a person wants to leave many of his or her personal assets to children or grandchildren, while still providing for the surviving spouse.

Couples also need to keep the concept of “elective share” in mind. Each state has its own rules as to how much a spouse is entitled to inherit, regardless of what a will says.

Couples might consider a Qualified Terminable Interest Property trust, nicknamed QTIPs, through which the surviving spouse receives income from the trust’s assets for life, with the principal left to someone such as the decedent’s children, Montanaro says.

Couples also should plan ahead in order to avoid conflicts over touchy issues like heirlooms or sentimental property. Martin advocates that all children inherit something when their parent dies. “Make sure everyone gets a hug from the grave,” he says. 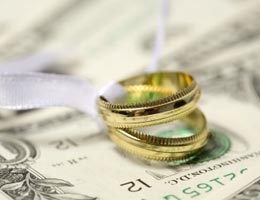