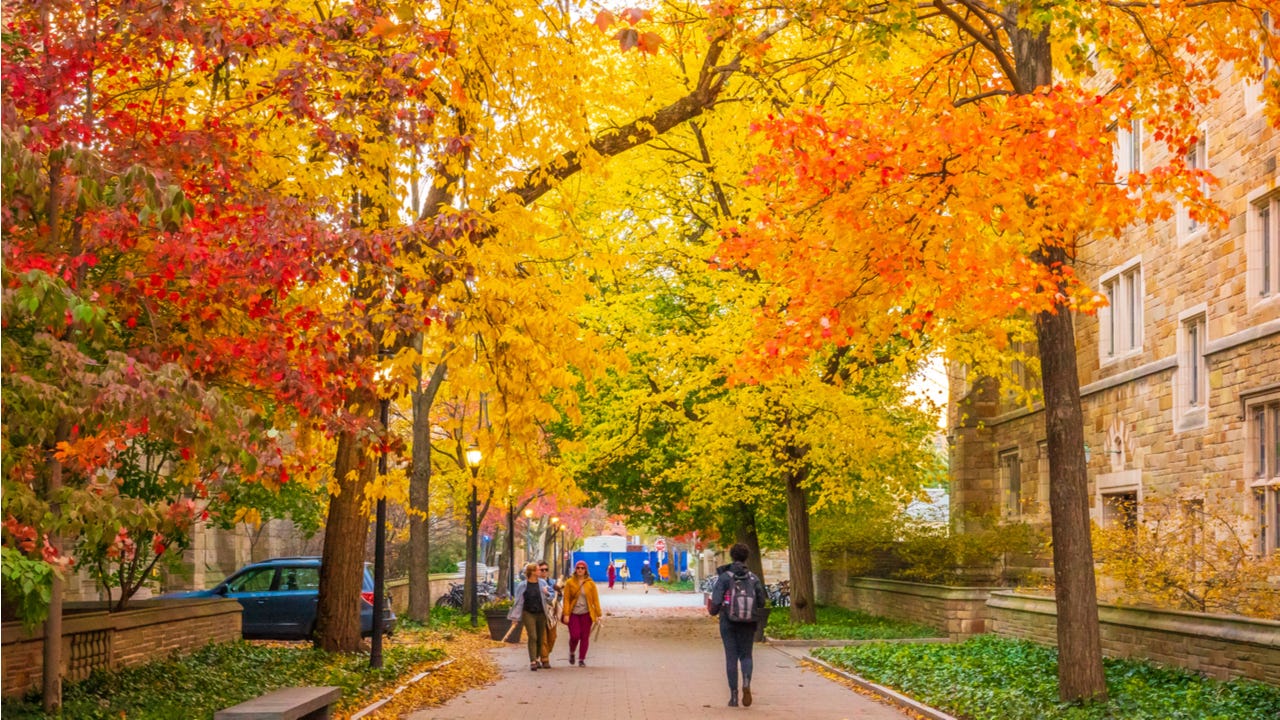 The cost of college in the U.S. has nearly tripled over the last four decades — and things don’t seem to be slowing down, especially now that sky-high inflation is making everything more expensive.

For the 2021-22 academic year, the average cost of tuition and fees for public four-year schools came out to $10,740 for in-state students and $27,560 for out-of-state students, according to the latest data from College Board. Private nonprofit four-year schools amassed a much higher $38,070 average. Add room and board, books and other expenses to the mix, and that bill goes up several thousand dollars more.

Here’s everything you need to know about college costs, including how much tuition has changed over the years and trends that have contributed to these ever-rising costs.

Private colleges are usually the most expensive option because public schools receive funding from the federal government, whereas private colleges receive most of their funding through tuition costs and private donations.

Average cost of college by classification, 2021-22

Cost of college for undocumented students

Undocumented students face additional challenges when it comes to financing a college education. Undocumented students — including Deferred Action for Childhood Arrivals (DACA) recipients — aren’t currently eligible to receive federal financial aid. While the Biden administration proposed allowing DACA recipients to receive federal aid opportunities, nothing has been announced by the administration about signing this into law.

Undocumented students are lawfully entitled to a K-12 public education, regardless of state. However, this law doesn’t extend to higher education, and each state has different provisions regarding undocumented students and their ability to attend public schools or receive state aid. Here’s a breakdown of what states allow in regards to postsecondary financial aid, according to the Higher Ed Immigration Portal:

Cost of college over time

Average cost of college by state

Average cost of undergraduate college tuition and fees by state, 2020-21

Average cost of college by university

The school that you attend is the biggest factor in determining how much student loan debt you could end up with. Generally, the more prestigious and well-known the university, the more expensive it will be.

Average cost of college at America’s most well-known universities, 2022-23

What does the cost of college pay for?

According to OneClass, for every $100 you spend on tuition, $61.46 goes directly toward education-related costs like staff salaries and facility upkeep. The other $38.54 goes toward noneducational expenses.

The largest spending categories are as follows:

in this series Cost of College

Read more From Heidi
Heidi Rivera is a student loans writer for Bankrate. She began her journey in the personal finance space in 2018 and is passionate about collecting data and creating content around higher education and student loans.
Edited by
Chelsea Wing
Student loans editor

up next
Part of  Cost of College