College tuition costs have been on the rise, with tuition and fees at four-year institutions climbing from roughly $5,000 a year in 1980-81 to more than $16,000 a year in 2020-21, according to National Center for Education Statistics data. Record inflation coupled with a reduction in government aid is forcing institutions to raise everything from tuition and fees to room and board to keep up with costs. However, there are still a few ways college students can successfully navigate rising prices.

Bankrate insight
Over the past decade, the cost of college has been rising by around $500 per year, after accounting for inflation.

College tuition inflation over the years

National Center for Education Statistics data shows that from 1980-81 to 2020-21, the cost of attending a four-year college in the U.S. has ballooned from $10,631 a year to $29,033 a year — representing a 173 percent increase in the last 40 years. That cost includes tuition and fees, plus room and board, adjusted for inflation.

Although both public and private colleges have experienced a substantial increase in cost over time, attending a public school is still much more affordable than attending a private one. On average, it costs undergraduate students 54 percent less to attend a four-year public college than a four-year private school.

The cost of college varies not only by the type of institution you attend (public versus private), but also by state. For example, College Board data shows that over the last five years, tuition inflation has risen by 13 percent in North Dakota, while college tuition in Florida has decreased by 11 percent.

There are several reasons why college costs are rising, including high inflation and an overall increase in the cost of living. However, these are not the only contributing factors.

“One of the more headline-grabbing reasons that many experts cite for college tuition inflation being higher than ‘average’ inflation is that institutions are offering more and more amenities, modern housing, state-of-the-art facilities and staff to increase the student experience,” says Derek Brainard, national director of financial education at AccessLex Institute.

However, Brainard admits that although more services and better amenities are key drivers of college costs, they don’t tell the whole story either. For instance, over the last decade, enrollment at postsecondary institutions has been dropping consistently. Fewer students mixed with rising costs means a higher cost per head.

Another reason for climbing costs is that colleges are still largely underfunded. According to College Board, although local and state funding per student has been increasing over the last eight years, it’s still lower than it was between 2007 and 2008.

Lastly, there’s demand. Anthony Carnevale, research professor and director of the Georgetown University Center on Education and the Workforce, says that part of the reason why college is considerably more expensive is that in the 1980s, the demand for college education skyrocketed to levels not seen before. That allowed colleges to charge more just because people were willing to pay for it, setting a precedent for years to come.

“Colleges can charge whatever the market can bear, and that’s what they do,” Carnevale says. “There is no control on the cost. The higher education system in America is sort of like a huge computer with no operating system.”

How to navigate increasing college costs

Although college’s increasing prices are out of our control and will likely continue to go up over time, there are several things you can do to make your education more affordable.

Carnevale’s No. 1 tip is to check out what your local community college offers. “There are 27 states now where community colleges can give out bachelor’s degrees,” Carnevale says. “I would check community colleges first for two reasons. One, you can usually live at home, which can cut costs by thousands; two, tuition is way cheaper.”

Another way to keep costs at bay is to attend an in-state school, as resident students usually get a discounted rate — at least at public institutions.

Finally, Carnevale says to shop around. He says to look at more than the colleges’ sticker price; also check out how much aid and discounts students receive on average, as well as the average return on investment of that particular program. You can get this information by visiting the Department of Education’s College Scorecard website.

What is college tuition inflation?

College tuition inflation is the rate at which the cost of attending college fluctuates compared to previous years. This rate is usually expressed as a percentage and is influenced by factors such as demand, cost of living and value of a degree.

How much does it cost to attend college?

However, these costs are just estimates. You may pay more or less depending on the school you attend and where it’s located, in addition to how much financial aid you qualify for.

Why is college important?

Although affording college may be challenging, college education is still the best way to get a good-paying job. According to the latest data by the Bureau of Labor Statistics, those with a bachelor’s degree earn about 65 percent more per week than workers with just a high school diploma.

How do you pay for college?

The first step to making your college education more affordable is filling out the Free Application for Federal Student Aid, also known as the FAFSA. This will give you access to different types of aid, including grants, work-study programs and federal student loans.

Then apply for scholarships. Scholarships are a form of gift aid, meaning you don’t have to pay them back. You can find scholarships at local organizations and associations or by checking out scholarship search websites, such as Chegg and Unigo.

Once you’re done searching for gift aid, you can turn to private student loans. These are generally less favorable than federal student loans, since private loans don’t offer the same breadth of repayment plans and may be more expensive in the long run. A student loan calculator can help you run the numbers to see how much you’ll pay.

Finally, find out whether your employer offers tuition assistance if you’re employed. This can be either a reimbursement or assistance with student loan repayment once you graduate. It’s as easy as calling your HR department and asking. 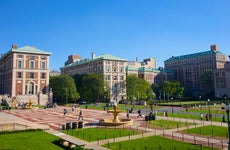 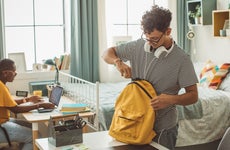 College tuition is rising – here’s how to save 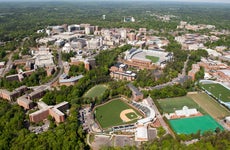 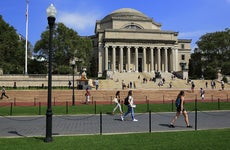 College on the cheap: How to keep education costs down