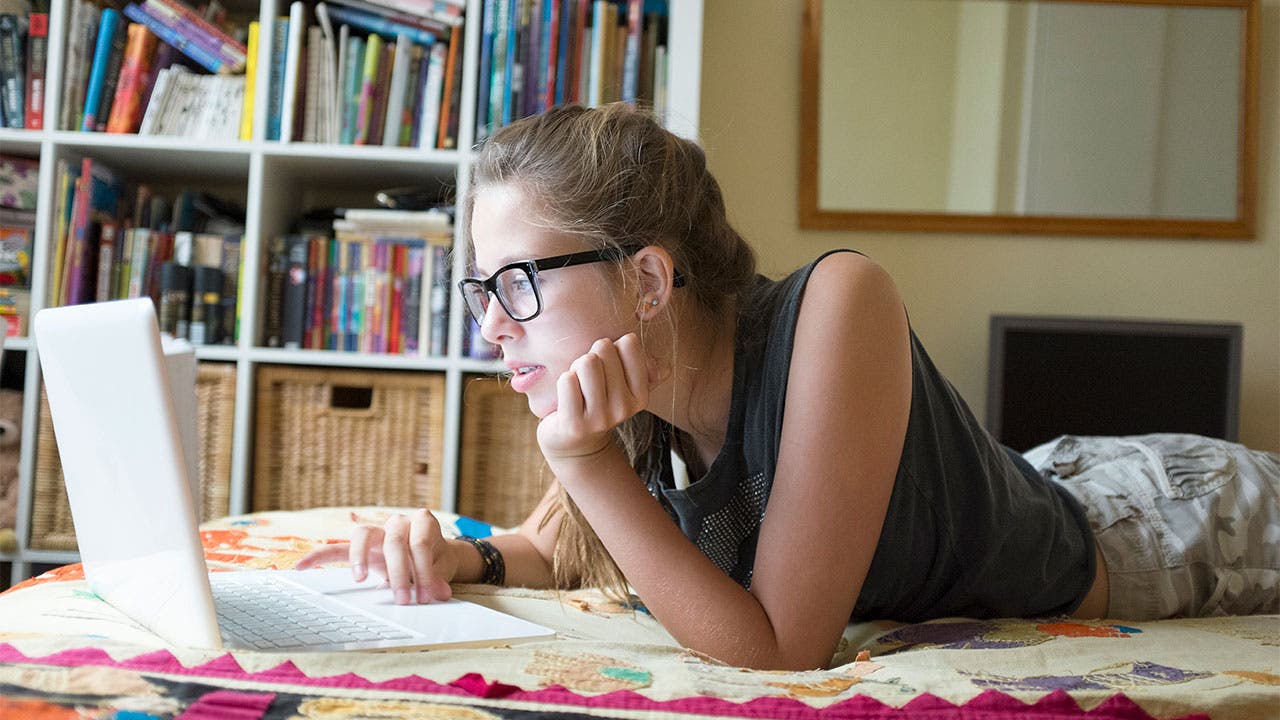 Prospective college students are caught in a Catch-22: The long-term economic benefits from earning a college degree have never been higher, but so too is the cost.

In the first three months of 2018, there was roughly $1.5 trillion in outstanding student loans, according to the Federal Reserve, or about double the level from nine years earlier.

What does that mean for a student’s budget? A 2016 report by an economist at the Cleveland Federal Reserve found that the median monthly debt payment for borrowers between the age of 20 and 30 was $203.

But there’s a reason so many students take on so much debt. The unemployment rate for those with a college degree is currently 1.8 percent, or almost half of the overall rate. Basically, any college grad who wants a job can get one.

And you’ll make more money. In 2017, the median college grad earned $1,173 a week, according to the Bureau of Labor Statistics, or about $340 more a week than someone with an associate degree.

Student loan debt has risen as the costs of attending college have grown dramatically, which in part is because of lower funding from state governments for state universities.

Which means that as you prepare to go to college, you need to really understand what college loan options you have and what you’re getting yourself into.

There are two kinds of student loans: public and private. All else being equal, you’re better off with a public loan than a private one.

It’s cheaper to borrow money, and it’s easier to pay it off. Federal loans offer you a low, fixed interest rate when you take out the money. You also don’t need a co-signer or a credit check. (You are 18, after all.)

When it comes time to pay back the government, you have a range of options, including lowering your monthly bill by either using extended repayment (meaning you’ll spend longer than 10 years paying it back) or by income-based repayment, although this will cost you more in interest. You can also receive a forbearance or postponement if you lose your job, endure a health scare or go back to college.

You might also enroll in a program, such as Public Service Loan Forgiveness, which can erase any remaining balance.

Private loans generally offer few or none of these benefits. Rather than borrowing money from the federal government, you’re taking a loan from a bank or financial institution, which means the terms and rates will vary from lender to lender.

To take out the cash, you’ll need to show that you’re capable of paying it back, meaning you’re earning an income and have a solid credit score. If you don’t, then you’ll need a co-signer, who will then be on the hook.

As for the loan itself, you may have to endure a variable-rate loan, which means you’ll pay more as rates rise (as they currently are doing). You also may not be eligible for a forbearance or postponement should you run into money trouble.

“The 10-year Treasury note is of comparable maturity to student loans,” says SavingForCollege.com publisher and vice president of research Mark Kantrowitz. “The goal was to match the “interest revenue of the student loans to the interest expense as closely as possible. “

One note: College grads with student loan debt may have something called a Perkins Loan, which was offered by some colleges and universities to students with financial need. Perkins recipients enjoy an interest rate of 5 percent, but Congress did not reauthorize the loan program and it “is in the process of being phased out,” Kantrowitz says. “Some colleges are lobbying to try to get it extended, but they are unlikely to succeed. The Federal Perkins Loan Extension Act of 2017, which was introduced on May 17, 2017, has not been reported out of committee.”

Are federal student loans based on credit score?

Not for direct loans.

Direct PLUS loans do run a credit check on applications, so if you have an “adverse credit history” you’ll need to either find an endorser who will take on the responsibility of paying the loan if you cannot, or prove to the Department of Education, with documentation, that your poor credit report is due to circumstances beyond your control.

Private loans, though, will run one, and charge you more if you have a poor score.

Taking out loans is the first step; the next one is paying them back.

The standard repayment plan lasts 10 years, but that may come with monthly payments too high for your budget.

Borrowers, then, can apply for an income-driven repayment plan, which is designed to take into account what you make and how many mouths you have to feed before setting a more affordable monthly payment.

Each has its own repayment period, from 20 years to 25 years, and stipulations.

If you have a balance at the end of that period, it will be forgiven. However, that amount may be taxed by the IRS.