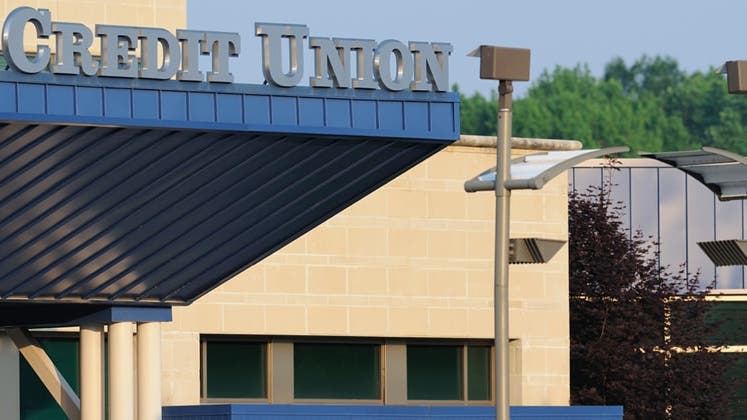 You have a lot of options when it comes to where to get a mortgage, and it’s not just big or regional bank lenders. Credit unions are increasing their stake in the mortgage market, as well.

If you’re trying to decide between a credit union or bank for your mortgage, here’s what to consider.

Pros of getting a credit union mortgage

“More and more people are learning that they can find the best deal and the best service in town at a credit union,” says Curt Long, chief economist and vice president of research for the National Association of Federally-Insured Credit Unions (NAFCU).

The benefits of getting your mortgage through a credit union include:

Credit unions are known for their lower fees. You’re likely to see lower fees and rates at credit unions because they pass on any savings to their members.

“(A credit union’s) ‘stockholders,’ per se, are the members, the customers,” Dorsa says.

If you’re looking to get the best mortgage rate possible, there’s a good chance you’ll find it at a credit union.

Remember, even a slightly lower rate can have a big impact on the interest you pay over the life of the loan.

Credit unions are known for their superior service, says Long. For example, there’s a greater chance that you’ll know your servicer.

With bank mortgages, it’s common for the company that collects your mortgage payments to change several times over the life of your loan. That’s usually not the case with credit union mortgages.

“Credit unions retain a higher share of the loans they originate in their portfolio than other lenders, where it is more common to sell the loan and its servicing to a third party,” says Long. “Credit union borrowers are more likely to maintain the relationship they establish with their lender throughout the life of their loan.”

Sticking with the same servicer can save you from late fees that could arise due to confusion over where to send your payments.

In addition, credit unions may provide more specialization and advice when it comes to the type of loan you need. Navy Federal Credit Union, for example, specializes in loans for veterans and provides step-by-step guidance for those seeking a VA loan.

If you have less-than-stellar credit, you might have better luck getting a mortgage at a credit union than at a bank.

Potential homebuyers who don’t have a traditional profile, such as an excellent credit history, can benefit from getting a credit union mortgage, Long says: “(Credit unions) are more likely to make lower- and middle-income loans than other originators.”

Cons of getting a credit union mortgage

The benefits of credit unions aren’t as apparent when searching for mortgage rates, because credit unions don’t have the marketing scale banks have, which is why they generally don’t appear in searches for low rates, says Rich Arzaga, founder and CEO of Cornerstone Wealth Management in San Ramon, California.

The cons of getting a mortgage through a credit union include:

At banks, generally anyone with the right credit requirements can apply and qualify for a loan. Credit unions, on the other hand, require that you’re a member.

“Many credit unions have membership requirements based on their target market,” says Arzaga. If you don’t meet the requirements, you won’t be able to get a mortgage with that specific credit union.

That said, joining a credit union isn’t always as difficult as you may think. There are specific credit unions for alumni associations, communities, places of worship and other types of affiliations.

Some credit unions, like PenFed Credit Union, even offer nationwide membership to anyone who wants to join.

If you’re looking for a lender with a first-rate online experience or intuitive technology, you may want to consider a bank or online institution instead of a credit union.

“For those who prefer to use technology for tracking their finances, credit union technology lags,” says Arzaga.

Tech functionality becomes an important consideration because credit unions don’t have as many local branches as regional or national banks, says Arzaga. That can be difficult when trying to access funds from out of state or out of country.

“This technology gap becomes more apparent when a borrower wants to use an app that aggregates financial matters in one place,” says Arzaga. “Linking credit union accounts is not possible in some cases.”

In general, most credit unions have a smaller geographical imprint than national banks.

Banking at an institution that lacks a national presence makes it more difficult to access funds when operating outside of their main area, especially if the credit union’s technology is lacking.

Some credit unions have a shared banking network with wide ATM access, but that’s not always the case.

While they often provide great rates for their members, there are occasions when credit unions simply can’t compete with larger banks.

“For those who are inclined to only shop at credit unions, the biggest downside is that banks will periodically offer sharply lower mortgage rates,” says Arzaga. “When combined with minimum deposits that will lower the interest rate, the difference can be meaningful.”

That makes it important to shop at both credit unions and banks for mortgage rates.

Banks make up a large portion of the mortgage market, but don’t overlook credit unions when shopping for a lender. These member-owned institutions provide a number of benefits.

“Credit union loans are a resource for those who want to avoid supporting banks (this is a strong preference for some), prefer to have a personalized experience and who seek preferred rates,” says Arzaga.

Finally, make sure to shop around at several different lenders and choose one that best fits your needs and financial situation.

Featured image by sshepard of iStock.com