Mortgage rates have been volatile in recent months, but the roster of the biggest and most active mortgage lenders has stayed stable in the past year.

Rocket Mortgage and United Shore Financial remained first and second by volume of loans originated in 2021, unchanged from 2019 and 2020. Most of the other names in the top 10 stayed the same, too.

There was some maneuvering on the list, however. In one big move, LoanDepot jumped into third place, up from fifth place a year ago. Meanwhile, U.S. Bank fell out of the top 10 altogether, and Bank of America fell from the ranking by number of loans (although the megabank stayed in the top 10 by dollar volume). The shift underscores both aggressive growth by non-bank lenders and some traditional banks’ waning interest in mortgage origination.

The 10 largest lenders accounted for fully 28 percent of all U.S. home loans originated in 2021. These rankings are based on a Bankrate analysis of preliminary Home Mortgage Disclosure Act data, with an assist from ComplianceTech’s LendingPatterns.com.

The top 10 lenders by number of mortgages originated last year:

When lenders are ranked by dollar volume rather than by number of loans originated, PennyMac and Fairway Independent Mortgage fall out of the top 10. Their spots are taken by Bank of America, which originated 172,000 mortgages totaling $85 billion, and Guaranteed Rate, which originated 195,000 loans worth $74 billion.

Traditional banks pull back from the mortgage biz

Traditional financial institutions, even those with active residential mortgage operations, largely have been dialing back. Wells Fargo and Chase were notable exceptions to that trend. Wells Fargo originated 17 percent more loans in 2021 than in 2020, while Chase picked up the pace by 20 percent. Both megabanks served borrowers with high mortgage balances, reflecting a focus on mortgages as part of their overall services to their best customers.

More typical were the trends at Bank of America, which originated 6 percent fewer loans in 2021 than in 2020, and Truist Bank and Flagstar Bank, each of which saw originations fall by 10 percent. 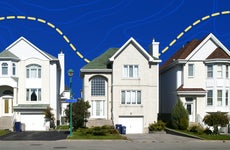 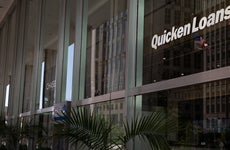