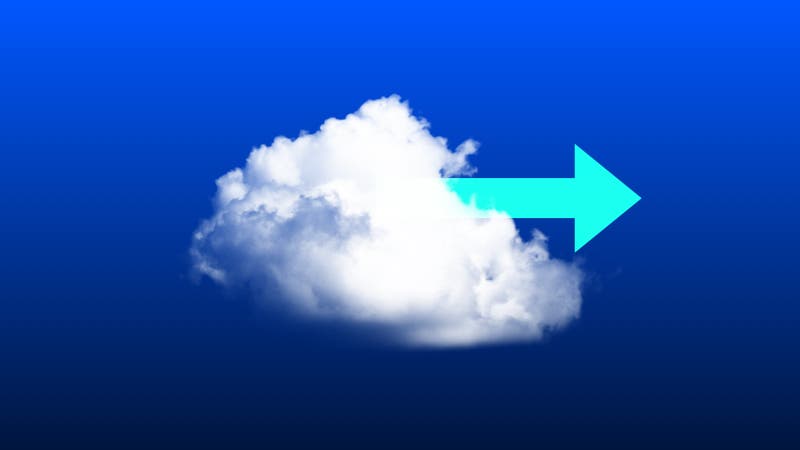 Following a year of declining interest rates, 2020 looks to be a year of stability, with fewer economic risks and low inflation giving the Federal Reserve little reason to shift interest rates. Borrowing costs are low, making it a great time to take on debt for a long-term purchase.

After the Federal Reserve raised rates four times in 2018, leading to investor skepticism and a downturn in stocks, the nation’s central bank walked back three of those increases in the second half of 2019. And the stock market followed a strong first half rebound with a solid performance in the second half of the year.

“The Fed is most likely to do nothing, leaving benchmark rates unchanged,” says Greg McBride, CFA, Bankrate chief financial analyst. “The Fed has set a high bar for raising interest rates, saying inflation would need to rise in a significant and sustained way – which ranks somewhere between the seas parting and pigs flying in terms of likelihood.”

Yet even if inflation moves modestly higher, the Fed may still stand pat.

“I see the core inflation rate moving above 2 percent due to wage pressure in 2020,” McBride says. “But all this will do is get the Fed to repeat the motto about their inflation goals being symmetric around 2 percent.”

In the meantime, the Fed is likely to continue buying Treasury bonds to keep the financial markets running smoothly and maintain interest rates near the central bank’s target range.

Jump to Bankrate’s predictions for:

Mortgage rates began pricing in the Fed’s rate moves months before the central bank first decreased rates in July 2019, and since then, 30-year mortgage rates have bounced around from 3.7 percent to 4 percent.

Most economists project the Fed will keep rates flat for the whole year, and the 10-year Treasury yield – which mortgage rates tend to follow – is likely to remain flat as well. That’s good news for homebuyers, and even those looking to refinance.

Michael Fratantoni, chief economist at the Mortgage Bankers Association says rates for 30-year mortgages should be little changed: “An average of 3.7 percent – right where they were in 2019.”

“We expect the Fed to hold rates steady all year, with the economy showing slower growth in the first half than the second half,” says Fratantoni. “Even if rates inch up throughout the year, they’ll really inch up, not jump.”

“Mortgage rates will hopscotch back and forth over the 4 percent mark for much of 2020,” says McBride, “remaining low enough to facilitate homebuying and providing ample refinancing opportunities on those trips below 4 percent.”

McBride expects mortgage rates to trend higher in the second half as inflation moves above 2 percent.

Various geopolitical events may cause rates to shift somewhat, says Fratantoni, and “rates jumping around can be troublesome.”

With lower rates encouraging a strong housing market, the biggest question for home buyers may be when to lock in their rate. The first half of the year should present home buyers with a good opportunity, coinciding with the traditionally robust spring selling season for homes.

With the Fed expected to hold rates steady for the year, borrowers with HELOCs are not likely to get any more breaks on their payments. These borrowers have already been enjoying lower rates, with the Fed’s rate cuts of 2019.

Rates on HELOCs are typically tied to the prime rate, which moves closely with the Fed’s benchmark rate. With the Fed slashing rates three times last year, by a total of 0.75 percent, the prime rate declined by a similar amount.

“With the Fed projected to hold interest rates steady, there will be little catalyst for changing home equity rates,” says McBride. “Introductory offers will come and go, and that is what will impact the national average.”

And new borrowers should have no problem accessing their home equity either, with a strong housing market and steady economic growth, says McBride.

While low rates may not encourage borrowers to pay down their loans, it may make sense to do so sooner rather than later, because the current “Goldilocks moment” won’t last forever.

“With rates holding steady and the prospect of either higher inflation or the winding down of a long economic expansion, this represents a good time to pay down that home equity debt,” McBride says.

Rates on variable credit cards are likely to remain just where they are. These rates are keyed to the prime rate, and with the Fed expected to hold its benchmark rate even, rates aren’t poised to move much. However, certain categories of credit users could see significant changes.

Rates on variable credit cards trended down throughout the year and finished 2019 at 17.34 percent. They should average around 17.4 percent in 2020, McBride predicts.

“The average will end the year slightly higher as issuers account for the late stage of the economic cycle, attaching higher margins for consumers with weaker credit profiles in any new product launches,” McBride says.

But low introductory “teaser” rates, including those 0 percent offers for those with good credit, should remain in force throughout 2020, he says. So if you have higher-rate debt and good credit, it continues to be an excellent time to open a balance transfer card and save.

While auto rates dipped in 2019, they didn’t fall at the same rate as interest rates as a whole. The story for 2020 depends a lot on whether you have good credit, as lenders try to sort the good buyers from the higher risks as the economy sits at full employment.

“Competition among banks and credit unions kept a lid on car loan rates when the Fed was raising rates, but limited how far they could fall once the Fed started cutting,” McBride says.

60-month new car loans should average around 4.75 percent, while 48-month loans likely come in at 5.5 percent, according to McBride.

But the rate you’ll ultimately receive depends a lot on your credit.

“Higher delinquencies and defaults among subprime borrowers will lead to tighter credit and higher rates for car buyers with weaker credit,” says McBride. “But consumers with good credit will find 2020 car loan rates comparable to 2019, with only slight increases by year-end.”

Savers breathing a sigh of relief

After three rate cuts in 2019, savers will likely finally catch a break in 2020. They had seen the interest paid on savings accounts, money market accounts and CDs rise in late 2018, only to crumble starting in mid-2019, as the Fed chopped interest rates. So savers can breathe a sigh of relief that things aren’t worsening – for now.

And while the figures in the chart show the average rate of accounts, consumers can find online bank accounts that pay substantially higher than this average. In fact, they can find rates on high-yield online accounts that easily beat the yield on the average five-year CD in 2019.

This year should see rates on savings products stabilize and maybe even shift up somewhat as the year progresses. A one-year CD should average 0.8 percent, though rate shoppers should be able to find rates as high as 2.3 percent in nationally available offers.

A five-year CD should average 1.22 percent, while savers may be able to lock in 2.45 percent if they search for top rates nationally, McBride says.

McBride foresees CD yields moving slightly higher in the second half of the year due to an uptick in inflation, “but it’ll be a hollow victory as most increases will trail the change in inflation.”

It seems like everyone is out to establish a banking relationship with consumers these days, from traditional banks to online banks to new fintech companies, as well as online brokers. And that rivalry will continue furiously over the coming year.

“Competition for consumers’ cash will remain heated with high-yield savings accounts clinging to 2 percent most of the year before posting a late year burst to 2.25 percent,” says McBride.

Those high-yield rates are a far cry from McBride’s expectations for the national average, though: a mere 0.12 percent for savings accounts and 0.23 percent for money market accounts.

While savers are catching a break now, it may only be a pause before a renewed decline in rates, if the economy worsens.

“There’s not much improvement in store for savers in 2020 and there is definitely the risk that any economic deterioration would push yields sharply lower,” says McBride.

With some uncertainty in the direction of rates, savers might consider an investing strategy that gives them flexibility. They could use a high-yield savings account to keep a liquid account while taking advantage of time deposits such as CDs to lock in some yield.

For more details, read Bankrate’s forecast for savings and money market accounts, as well as predictions for CDs.

The average cost of a personal loan ticked a bit higher, according to Bankrate data, and closed out the year around 11.9 percent. The average rate stayed flat in the second half of 2019, despite the Fed’s series of rate cuts.

More relevant to personal loans is your credit score, which plays a huge role in determining the rate you’ll pay along with the amount you’re borrowing and your annual income. In other words, your specific situation and risk profile drive rates here.

While borrowers should expect the average rate to remain the same, safer borrowers may enjoy rates that are substantially lower than the average. Expect lenders to become more discerning as the economy nears a top and they separate weaker credit profiles from stronger.

A great first step to getting a better rate is improving your credit score, but also make sure you’re shopping around for rates, since they can differ markedly from lender to lender.

It’s important to have a sense of which way the economic winds will blow so you can position yourself to take advantage, or at least minimize any negative impact. So use this forecast and consider where we are in the economic cycle – with an expansion that’s now a decade old and the economy at or near full employment – to gauge the money moves you need to make and when. While the Fed can stave off a recession by lowering rates now, it can’t do so forever.