Top 7 ways the global economy can affect you 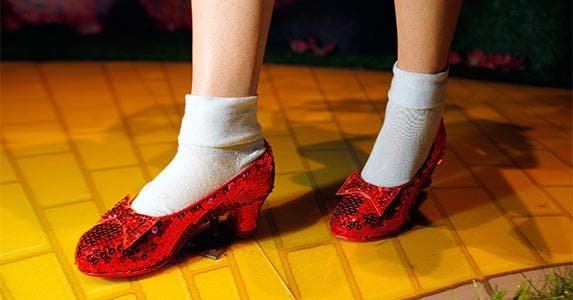 Snap your red shoes together and repeat after me.

If Dorothy in “The Wizard of Oz” were looking at the global economy, that’s exactly what she’d say. Unemployment in the U.S. stayed at 4.9% in August. Inflation ran at 0.8% and hourly wages increased 0.4% for July.

But step off the shores of the U.S., and almost anywhere you land, you’ll find consumers and investors struggling to maintain their footing on the economic landscape.

The global economy has stumbled, in some places worse than others. To keep your scorecard up to date, here’s what’s playing out in other parts of the world.

RATE SEARCH: Even if your salary isn’t huge, you might want to put some money in certificates of deposit. You’ll find great CD rates today at Bankrate.com. 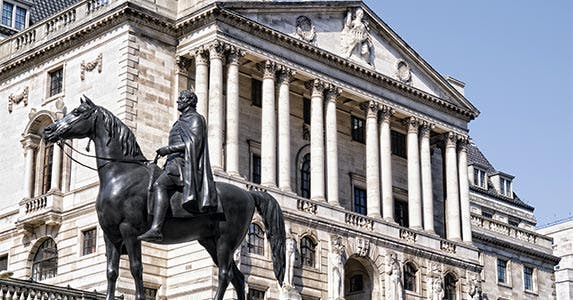 Brexit: Plenty of time for fallout

Brexit, or the British exit from the European Union, could take 2 years to accomplish. That leaves a lot of room for uncertainty, and the economy has sent mixed messages about its health.

Some measures don’t look so bad. The U.K. unemployment rate fell to 4.9% in July and second-quarter gross domestic product rose by 0.6%.

Even so, conditions could worsen as the year goes on.

“We wouldn’t be surprised if our tracking estimate heads south and the U.K. economy will contract sometime in the second half of this year,” says Ryan Sweet, director of real time economics at Moody’s Analytics.

The Bank of England isn’t taking chances of a recession lightly. It cut its key interest rate to its lowest point ever in early September and announced that it would buy a combination of U.K. government and corporate bonds as signs of a weakening economy surfaced.

Once Brexit negotiations begin, look for market jitters. “When the British actually start packing their bags … the reality will hit all over again,” says Lara Rhame, chief economist of FS Investments. “Markets don’t like uncertainty, and Brexit looms as a massive question mark.” 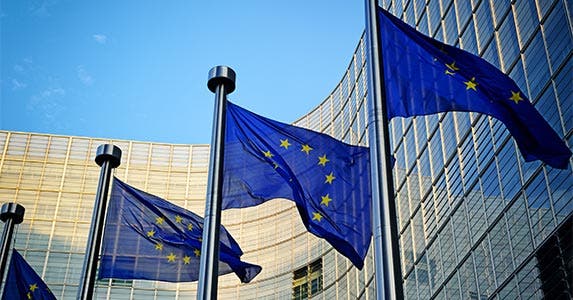 The EU: Thriving … and not

The E.U. is a mishmash of economic prosperity, or lack thereof.

Germany is holding its own. France is finally showing some growth. Finland and Greece battle to recover from the 2008 crash.

But, as a result of Brexit, the International Monetary Fund cut its forecast for global growth for 2016-17 for the U.K. and EU by 0.1 percentage point to 3.4%.

In addition, the European Central Bank’s attempt to stimulate the economy has been unsuccessful so far. Consumer prices in August rose 0.2% compared with a year ago, the EU says. Core inflation edged downward to 0.8% in July from 0.9%.

Also in July, unemployment stood at 10.1%, the same rate as the previous month.

“During the boom years leading up to the crisis in 2008, the ECB had monetary policy that was too loose for the periphery countries like Portugal, Ireland, Greece and Spain. Consequently, they took on more debt and saw asset prices soar.

“Since 2008, the ECB has had monetary policy too tight for the periphery, and this choked off recoveries,” Beckwith says. 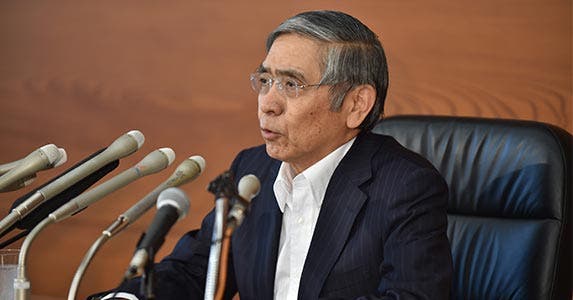 Japan has been trying to stimulate its economy for years. So far, it hasn’t worked.

The world’s 3rd-largest economy has been locked in a battle with deflation for 20 years, according to the Council on Foreign Relations.

Growth has been muted and inflation has continued to plummet. Japan’s gross domestic product posted a measly 0.2% increase in the second quarter.

As if to accent the country’s struggle with inflation, the Bank of Japan is offering negative yield on its government bonds, where the investor loses money on the investment.

As it tries to boost its economy, Japan’s government is expected to use “helicopter money,” or free cash shoved in the pockets of its citizens to spend as they see fit.

It is expected to give away $147 to each of the nation’s 22 million low-income citizens. It also will put more people on public pensions by making it easier to obtain them and offer more college scholarships, according to The Wall Street Journal.

“The Bank of Japan has limited options,” Sweet says.

How can investors protect themselves? That’s easy, says Mike Chadwick, a CFP professional with Chadwick Financial Advisors. “The protection is not to hold a lot of individual Japanese stocks,” he says.

RATE SEARCH: If you need to stash some cash in a savings account, consider the rates available on Bankrate.com. 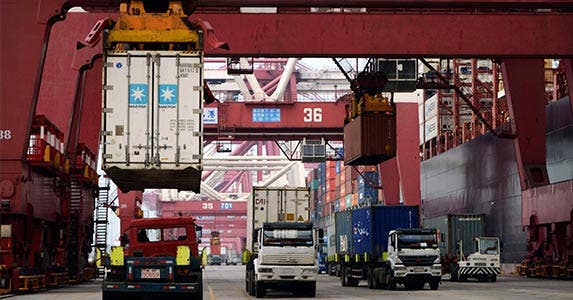 In 1997, the IMF issued a paper titled “Why Is China Growing So Fast?” Fast forward to 2016, when the IMF said China grew at its slowest pace in a quarter century.

As China faces weak demand at home and abroad, the IMF said the medium-term outlook was more uncertain because of “rapidly rising credit, structural excess capacity, and the increasingly large, opaque and interconnected financial sector.”

China is transitioning from an export-led nation to a consumer and service-based economy, with risks aplenty.

“While China has taken policy steps to limit the extent of the slowdown, there is an evident tension in policy between reform and stimulus, and the effect of the stimulus may already be waning,” Lael Brainerd, a member of the Federal Reserve Board of Governors, said in June.

In addition, the jobless rate may be 3 times the official estimate, according to a June report by Fathom Consulting. The firm says the rate has tripled to 12.9% since 2012 even while the official jobless rate has hovered near 4% for 5 years.

“China is kind of a monster because it’s so big. We really don’t trust China,” Chadwick says. He says a good play might be commodities.

Charlie Smith, principal at Fort Pitt Capital Group, said with China moving to a consumer-led economy, investment should be directed at the retail, services, leisure and medical industries. “Much of the investment is likely to be tech/telecom and fulfillment oriented,” Smith says. 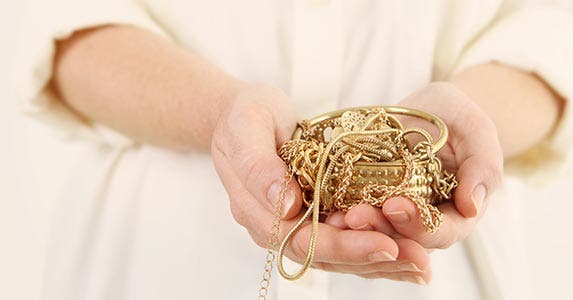 Gold bugs on the prowl

With so much uncertainty resulting from Brexit, ECB negative rates and the U.S. election, investors are taking positions in gold.

The price of gold has been rising for most of the year, trading lately at about $1,300 an ounce. But is it really a good investment? Is it necessary?

“Gold is seemingly always a hedge against currency risk,” says John Sedunov, assistant professor of finance at Villanova University. “It also seems like our current climate is fraught with as much uncertainty as there’s been.”

Unlike currencies, gold is actually a commodity as well. But it often becomes part of an investment portfolio as a counterweight to uncertainty.

“The value of gold is in its safety, perhaps more so than its value as a speculative investment, which doesn’t necessarily make investing in gold wrong but rather an important part of the portfolio of an investor who may have legitimate concerns about the current global climate,” Sedunov says.

RATE SEARCH: If you’re moving to a job with higher wages and are looking for a house, you’ll find the best mortgage rates today at Bankrate.com. 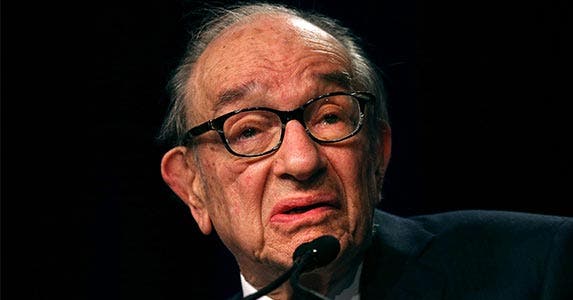 Are we heading for stagflation?

Former Fed Chairman Alan Greenspan told Bloomberg News in late July that the U.S. may be heading toward “stagflation,” a strange condition with a slow- or no-growth economy coupled with high inflation and rising unemployment.

There’s a significant amount of uncertainty and “general sluggishness” in the economy, which is tied to low productivity, he said.

“What I’m concerned about mostly is stagflation, meaning I think we’re seeing the very early signs of inflation beginning finally to pick up as the issue of deflation fades,” Greenspan, 90, said. “We’re just in a stagnation state.”

In the 1970s, the U.S. went through a period of stagflation when the economy was dragging and inflation was stubbornly high. Japan suffered through more than 10 years of deflation, but so far has avoided stagflation. Some also worry about it happening in England after Brexit.

These days, despite Greenspan’s worries, stagflation seems unlikely in the U.S. and conditions in other developed countries would have to worsen for it to appear.

“This isn’t a concern in the U.S. as unemployment remains below 5% and core inflation is south of the Fed’s 2% target,” Moody’s Sweet says. “In fact, the Fed is more worried about the economy blowing through full employment than about stagflation.” 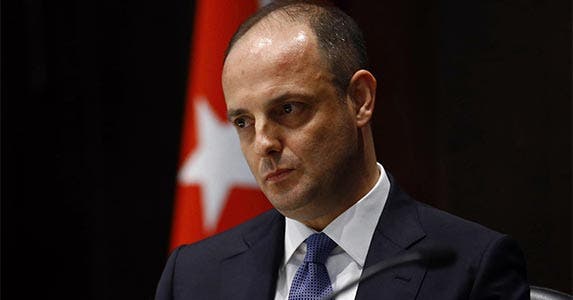 The search for yield has investors traipsing across the globe looking for any kind of return to give their pocketbook or portfolio a boost.

They’re even trying emerging and frontier markets in search of yield. One recent example was Turkey. There was an attempted coup there in July, but investors were still buying in anyway.

“There is such a desert of yield, and investors are having to crawl farther and farther to get any refreshment,” FS Investments’ Rhame says.

Many stocks are trading at excessively high valuation. Chadwick says he’s not in a “risk on” mode; he’s in preservation mode.

“We believe this bubble is not sustainable,” he says. “The perfect example is tech stocks and social media stocks. They’re trading at 200, 300 times earnings.”

“The fortunate thing here is that many of these markets trade at very low valuation levels,” Layman says. “While the asset class is risky and not for everyone, buying at current valuation levels at least increases the odds of a favorable investment outcome.”