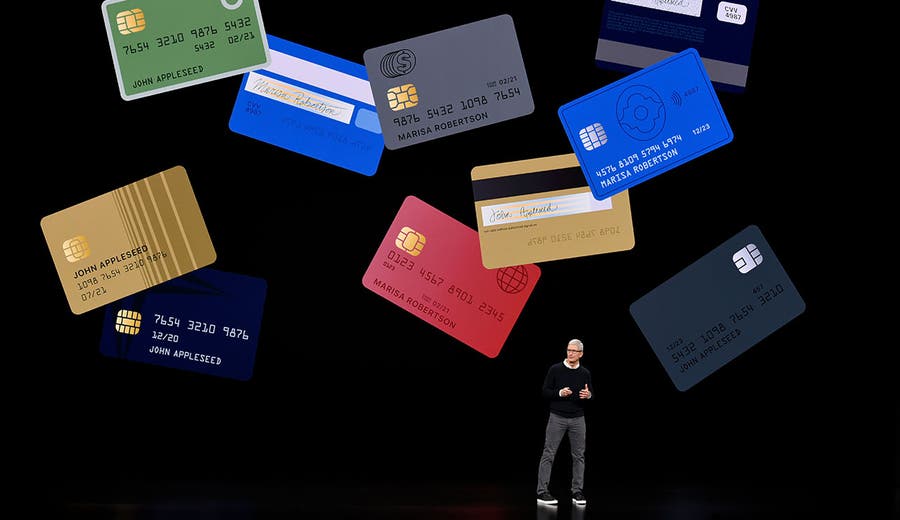 Editor’s note: some of the offers on this page are no longer available.

Apple unveiled its first credit card in partnership with Goldman Sachs and Mastercard at a special event on March 25. The official nationwide release is expected sometime this month, but as of Aug. 6, the Apple Card is available to select customers.

The Apple Card boasts unlimited 3 percent cash back on all Apple purchases, 2 percent back when you use Apple Pay and 1 percent on all purchases made with the physical card.

There are no fees on the Apple Card which means no annual fee, no late fees, no over limit fees and no foreign transaction fees, according to Apple.

Interest rates vary based on creditworthiness, ranging from 12.74 percent to 23.74 percent.

Everything you need to know about the Apple Card

When the card is released this summer, consumers will be able to sign up through their iPhone’s Wallet app, where the card will be integrated.

Cash back will be paid to Apple Card users in the form of “Daily Cash,” applied directly back onto your Apple Card, rather than at the end of your billing cycle. According to Apple, once your Daily Cash is in your account, you can choose to spend it like real cash, pay down your card balance or even share with friends through the Messages app.

In a push for privacy, Apple says it will have no access to your Apple Card transaction history, including what you bought, how much it cost and where you bought it. Partners Goldman Sachs and Mastercard will not share your personal information with third parties.

Apple is also focusing on security. The physical credit card will show no card number, CVV, expiration date or signature. Instead, all authorization information is stored securely within your Wallet app.

The card’s minimalism also keeps it in line with Apple’s sleek design standards. The titanium card will be engraved with just your name, Apple’s logo and an EMV chip for non-Apple Pay purchases.

Apple says its goal is to help cardholders live a healthy financial life. The Apple Card will offer budgeting tools like account statistics, interest calculations and purchase analytics to help you understand your spending habits. Unlike similar apps like Mint, though, you won’t be able to pull in your full financial picture.

What we’ve learned since the announcement

In the months since the Apple Card was unveiled, Apple and Goldman Sachs have released few additional details.

The random selection of people who were granted early access to the card were among those who opted into the “notify me” list after the card’s announcement.

Once the card is released to all customers (or if you were chosen to preview the card), you can sign up through the iPhone Wallet app, though you must have at least iOS 12.4. After submitting your information on the application form, you’ll receive your credit limit and interest rate. If you accept the terms, you can immediately begin using your Apple Card via Apple Pay.

Cardholders can take advantage of the Apple Card’s financial management tools available through the app, which can help track spending and organize purchase categories.

Goldman Sachs also recently released the Apple Card customer agreement, which offers a bit more information for potential cardholders. For example, the agreement specifies the physical card will be sent “upon your request,” unauthorized iPhone modifications like “jailbreaking” may make you ineligible and that the card may not be used to purchase cryptocurrency.

The Apple Card will likely be popular among iPhone users, especially those who have already made Apple Pay a part of their daily lives. But it’s not going to be the best option for everyone.

“Because this card is so integrated with Apple Pay, you need to be an iPhone user to maximize your benefits,” says Ted Rossman, industry analyst at CreditCards.com. “That sounds obvious, but at a time when Apple’s phone market share is declining, it’s a bit surprising to see Apple doubling down here.”

He compares the Apple Card’s reliance on other Apple products with the Uber Visa Card, which offers high-end cash back rewards without requiring cardholders to be frequent Uber customers.

“Apple could have made a similar push for a broader customer base but did not,” Rossman says.

There are already similarly-structured cards on the market that may work better for consumers than the Apple Card, Rossman adds.

The Citi Double Cash Card offers 2% on every purchase- 1% when you buy plus an additional 1% as you pay for those purchases.

Apple Pay users already earn three points per dollar on mobile wallet spending with the U.S. Bank Altitude Reserve Visa Infinite card, he says. Those points are worth 3 percent cash back or 4.5 percent off travel.

Still, like any Apple product, the Apple Card is poised to be a simple, streamlined cash back offering with seamless integration for Apple users. If you’re looking for a no-fee cash-back card and Apple’s Wallet app integration sounds like a helpful tool for you, the Apple Card may be a worthy addition to your wallet.

Consider your spending habits and financial needs before applying to any card to ensure you’re getting the best value that works for you. Bankrate’s guide to the Best Credit Cards of 2020 can help you get started.