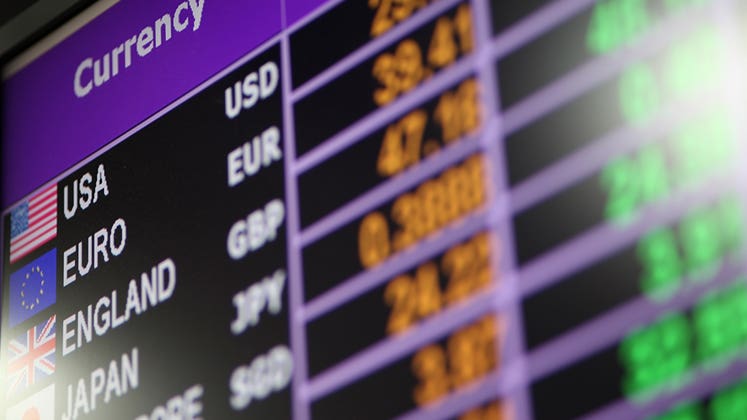 For people working in a country other than their own, the act of converting and transferring funds from one currency to another can often carry hefty fees.

Retirees living in sunnier climates converting their monthly pensions are seeing it slowly eaten away each month by the cost of accessing it. Students studying abroad have less for books after banks take their conversion and convenience fees. Expatriates and immigrants who want to send money back home to their families often have no choice but to pay exorbitant fees for the ability to access their own funds in a different currency.

Many times, how and why that money is charged is unclear. Changes in the banking laws governing disclosure and new startups aimed at providing transparency may bring the mysterious world of international fund transfers to light.

The Consumer Financial Protection Bureau, the branch of the U.S. government overseeing consumer financial products and services, has implemented a series of laws in the past year aimed at changing the way those fees are disclosed. The rules affect money sent from the U.S., not coming into the country.

Under the rules, a customer inquiring about an international fund transfer, or remittance, must receive two written disclosure statements. The first is given to the sender before he or she pays for the transfer, which will clearly explain the amount to be sent, the exchange rate, any taxes and fees, and finally, the total amount of money that will ultimately make its way to the recipient.

“Receiving a prepayment disclosure does not obligate you to complete the transaction with that company. You can use the information to comparison-shop and find the lowest-cost provider,” says Sam Gilford, a spokesman for the CFPB.

Gilford says that while the initial upfront funds may be the same across all companies, the amount that’s received can vary greatly, depending on the fees each company exacts. “One way to comparison-shop is to look at how much money the person at the other end of the transaction will get if you were to give each company the same amount of money to pay for fees and for the transfer itself. The company that gets the most money to the recipient is the cheapest,” he says.

Once a sender chooses to send the money, the issuing institution also must provide a statement with the original terms, a statement of the sender’s rights and information on where to send complaints. Under the new laws, senders also have the right to cancel transfers within 30 minutes with no penalty and have up to six months to report a problem to the company, which has 90 days to investigate and report back to the sender.

You can’t get away from high fees

These laws don’t apply to financial institutions that conduct fewer than 100 international fund transfers each year.

“Doing international wires does have quite a bit of risk associated with them, and processing them is fairly intensive,” says Kim Sponem, CEO of Summit Credit Union in Wisconsin. “The CFPB has cracked down on the procedures of them, but it’s interesting because where does the liability lie when it is a fraudulent wire?”

As with many credit unions, which are owned by its members, Sponem says Summit Credit Union doesn’t make any money off wires, but simply passes along fees from third parties.

“Customers can’t avoid fees altogether because many of them are third-party driven,” she says.

While these laws impact how the fees are communicated, critics say they don’t do enough to address the exorbitant rates themselves.

Three years later, the company they built to make low-fee, international fund transfers, TransferWise, is working in more than 20 currencies.

Still, there are other companies working in the international funds transfer industry. PayPal offers an option to convert a payment in a foreign currency.

Western Union says customers can send money “anywhere,” starting at a $4.99 fee, although rates vary widely the world over and foreign exchange rates and other service fees still apply.

To send $500 to Greece using Moneygram, for instance, requires a $35 transfer fee and an exchange rate that results in only 362.16 euros being received, if the $35 transfer fee is included in the exchange. If the Moneygram fee is not calculated in the exchange and is instead paid separately, 389.42 euros will be transferred. Had the money been exchanged at current market rate, 406 euros would have been transferred.

Michelle Buckalew, a spokeswoman for MoneyGram, says CFPB regulations haven’t impacted its business. “Because we were transparent with our customers in advance of the new requirements going into effect, our customers have not experienced a material change to their experience in sending or receiving funds,” she says.

TransferWire’s Hinrikus says changes in the way international fund transfers are made ultimately could have an impact on how traditional banks handle them. “We’re getting to a point where consumers are going to banks saying we want banking to be cheaper, faster, easier to use and more transparent,” Hinrikus says.