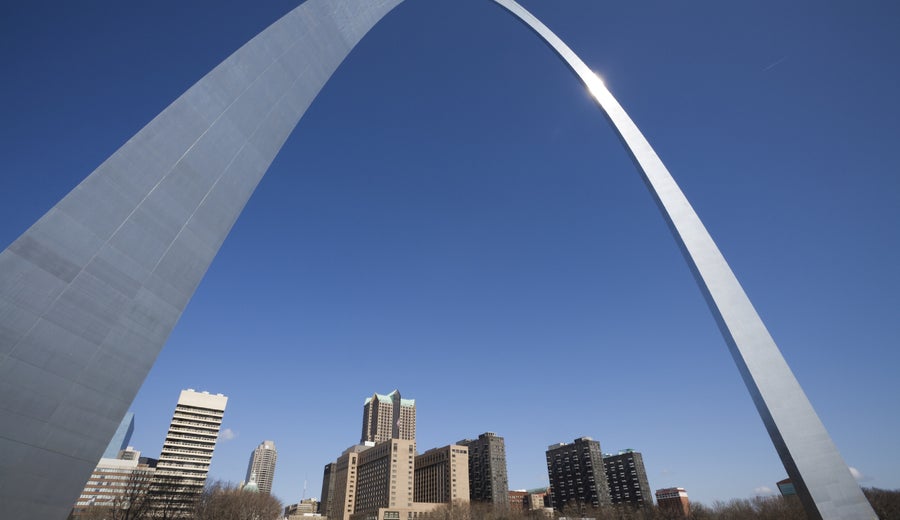 One of the first tasks you’ll need to complete is purchasing homeowners insurance before closing on a house. New homes are a significant investment, and it’s important to ensure you’re protected.

Missouri homeowners pay well above the national average for home insurance, mainly because the state is prone to natural disasters. This increased risk makes it even more critical to choose the right insurance company.

There are plenty of insurance companies that offer coverage to Missouri homeowners. We selected the best based on customer satisfaction and market share in the state.

USAA consistently ranks among the best homeowners insurance companies in the nation. The company’s claims satisfaction and overall customer satisfaction is higher than any other company.

Standard homeowners insurance covers most weather-related events common to Missouri, although it’s important to note that flood insurance must be purchased separately. If the policy-holder makes no claims in five years, it’s possible to earn up to 10% off policy premiums. The biggest downside is that USAA’s coverages are only available to military members and their families.

Amica Mutual earns impressive scores from J.D. Power in both claims satisfaction and overall customer satisfaction. Homeowners are happy with the company, as it has a 94 percent customer retention rate.

Policy add-ons such as dwelling replacement or catastrophic coverage for losses due to natural disasters like earthquakes or floods give Missouri homeowners additional peace of mind. The company also offers a home repair assistance program. Homeowners who could be considered risky or are looking for unique endorsements may want to select a different company.

The Hartford is an insurance company designed specifically for older homeowners, and its best deals are reserved for AARP members aged 50 and above. Retired Missourians who work less than 24-hours per week may qualify for a special discount, but younger people probably won’t get the best deal.

The company ranks near the top for both claims satisfaction and overall customer satisfaction and offers a unique endorsement for earthquakes, common in Missouri. Like most insurance carriers, flood insurance must be purchased separately, but the Hartford does provide a wide variety of coverage options and discounts.

Farmers has the fourth-largest market share for homeowners insurance in Missouri. The company offers three basic home insurance policies — Standard, Enhanced and Premier. Each policy level comes with a different level of insurance limits and coverage.

Green Missouri homeowners may enjoy the eco-build option that pays to repair damages with green building materials. Farmers is also one of the only companies to offer claim forgiveness, which keeps home insurance costs down after the first claim. While Farmers’ property claims satisfaction is high, its overall customer satisfaction is below average.

State Farm is the number one provider of homeowners insurance in Missouri in terms of market share, covering 25% of Missouri homeowners. It offers a substantial variety of options to add to your basic policy, including additional coverage for earthquakes and coverage for the homeowner’s portion of a loss that affects all homeowner’s association members.

State Farm is regarded as one of the best in overall customer satisfaction, although they rank slightly below average in claims satisfaction. The company offers more than 19,000 agents and user-friendly digital tools to make it easy to get a quote quickly.

In Missouri, homeowners pay about 35% more than the national average for home insurance, with the average annual homeowners insurance premium at $3,111. This number is based on a home with valued at $300,000 in dwelling coverage and personal liability with a $1,000 deductible. Depending on the value of your home and your deductible, your rate may look a little different.

Many factors can impact your homeowners insurance premiums, including gender, age, marital status, claims history and credit score. Missouri homeowners also tend to pay higher rates as a result of the state’s weather patterns, which frequently include natural disasters such as ice storms, tornadoes, severe storms and flooding. One of the higher crime rates in the nation also contributes to above-average insurance costs.

Missouri ranked fifth in the nation for the number of tornadoes in 2019, according to the Insurance Information Institute (III). The state experienced 98 tornadoes throughout the year, with three total fatalities. The frequency of tornadoes in states like Missouri can have a significant impact on homeowners insurance premiums.

Missouri residents are subject to an increased chance of severe storms and flooding because of the state’s geography. The state received federal major disaster declarations for flooding in seven of the past ten years.

Criminal activity typically represents a small portion of annual homeowners insurance losses, representing less than eight percent of all claims nationwide in 2018, according to the III. USA Today indicates that Missouri’s crime rate is one of the highest in the country, which can translate to a higher risk of filing crime-related claims.

What is the cheapest homeowners insurance in Missouri?

Missouri residents pay above the national average for homeowners insurance, so while there is less chance of finding a cheap policy, it may not be wise to reduce coverage. Instead, homeowners can decide how much coverage they need and then shop around to find a decent rate.

Standard homeowners insurance policies don’t cover flooding, even though it’s the most common and most expensive type of natural disaster in the state. Federal law requires homeowners to purchase flood insurance if they live in a high-risk area, but the entire state is at risk of flooding, and homeowners may want to consider purchasing this coverage.

How much homeowners insurance do I need?

Homeowners insurance is intended to help cover any financial losses in the event of a disaster. Ideally, a homeowner should purchase enough insurance to rebuild their home and replace all their belongings in case of total loss.