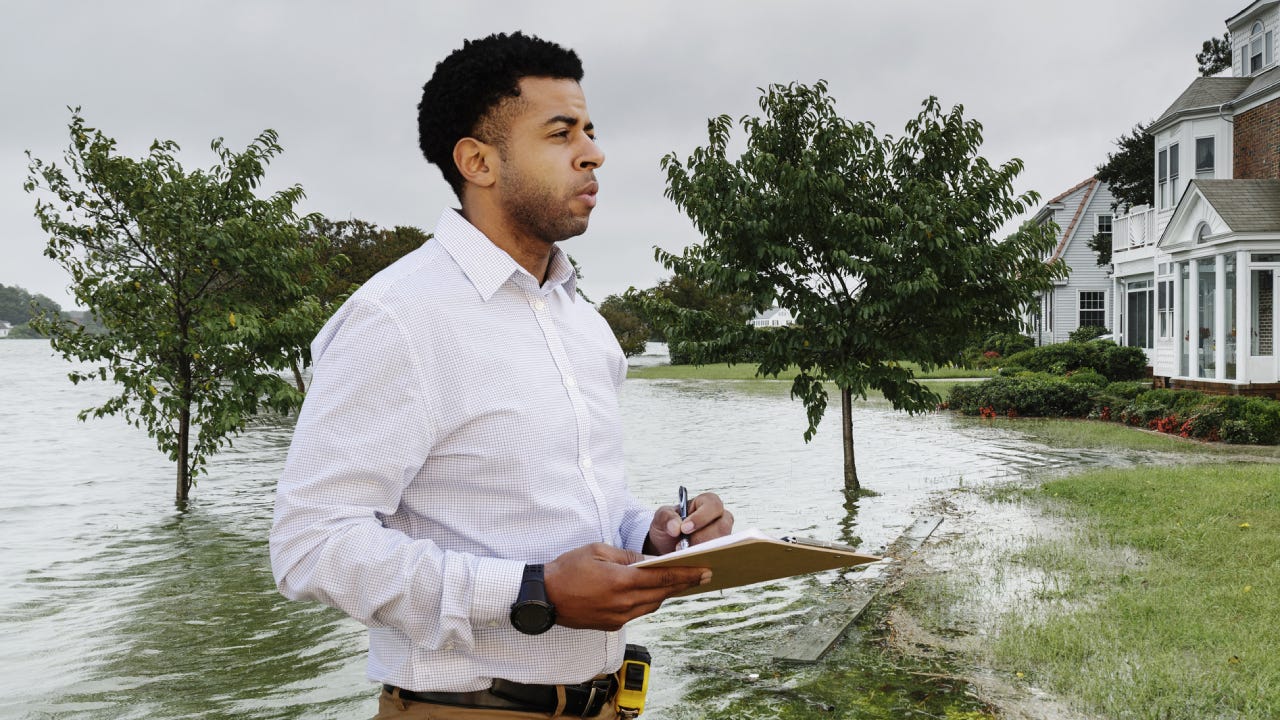 Flood insurance protects your home and possessions from flood damage caused by natural disasters. It’s sold separately from homeowners insurance, and the cost of flood insurance varies significantly from state to state.

The top 10 most significant flood events in the U.S. have all happened within the last 20 years, with the price tag for incurred damages reaching into the billions. Coastal regions commonly experience flooding at higher levels, but even landlocked states can be at risk.

When it comes to flood insurance, homeowners in some states pay much more for their coverage than they would in other places. The frequency of flooding plays a big role in the cost. But other factors like age of the home and building materials also factor into how much a homeowner will have to pay for flood insurance. These considerations are important for first-time homebuyer insurance as well as for homeowners who plan to relocate.

Below is the average cost of flood insurance for each state. To calculate these averages, Bankrate relied on the most recent flood insurance premium data sourced from FEMA.

The most expensive states for flood insurance

While most regions of the U.S. can experience some levels of flooding, coastal states and regions near major waterways are at the highest risk for the economic consequences of flood damage. As you can see, 3 out of the 5 most expensive states for flood insurance are located along the Eastern Seaboard.

Due to the higher risk of flooding in coastal areas, homeowners who live in these regions often end up paying more for flood insurance than those located further inland. But that’s not always the case, due in part to the scope of risk statewide that’s spread among all homeowners. Of all the states in the nation, Vermont homeowners can expect to pay the most for their flood coverage.

Some states don’t see as much damage from floods. In these states, a flood insurance quote is much more affordable. But there are seemingly surprising disparities here, too. For example, Florida and Texas currently share some of the lowest flood insurance rates in the country — even though they are considered flood-prone.

One reason for this could be explained by a new analysis, which finds that the majority of Floridians, for example, face a higher flood risk than their current flood insurance costs would indicate. It’s also important to know that FEMA is revising the way it sets flood insurance rates this year. These changes will take effect in October 2021. Currently, if you live in Florida, you have access to the cheapest average rates of flood insurance in the nation.

The first thing that determines the cost of flood insurance is the region where you live. Most places in the U.S. have at least some flood risk. But in places where flooding is more common, flood insurance costs more. To find how much of a risk flooding is in your area, check out FEMA’s flood maps for your region.

Flood insurance providers also pay close attention to how your home was constructed, as well as how old the home is. Older homes were built before modern construction materials and techniques were available and so could be at a higher risk for flooding.

The types of coverages you want in your flood insurance policy will affect the cost. If you want more coverage, your policy will cost more. If you only want barebones coverage for a few things, you might be able to save money on your premiums.

What does flood insurance cover

Flood insurance only covers flood damage from natural disasters. If a water pipe breaks in your home and floods the floor, your flood insurance policy won’t cover it.

Flood insurance doesn’t cover “preventable” damage from flooding either, such as mildew. So it’s important to pay close attention to what protections you receive from flood insurance.

Keep in mind that these coverage details are from the policies offered by NFIP. Private flood insurance providers may have policy coverages that differ from what’s listed above.

How to save money on flood insurance

There are several steps you can explore to protect your property from flood damage, and these actions can help you pay less for flood insurance each year. Here are some of the top recommendations from the NFIP.

Elevating electrical panels, heating and cooling systems, water heaters and other utilities on a platform above the base floor elevation of your home can help reduce the likelihood of damage from a flood.

It may seem like a big undertaking, but the NFIP calls this action the fastest way to reduce flood insurance costs. In fact, if you live in a high-risk flood zone, you can save hundreds of dollars every year for each foot that your home is elevated above your community’s base floor elevation.

Depending on your property, wet or dry floodproofing measures may help you avoid costly flood damage and reduce insurance premiums. Wet floodproofing actually allows flood water to enter and exit a home, which can lower the pressure and structural damage that flooding creates. Dry floodproofing involves completely sealing the exterior of your home to prevent flood water from entering.

For insurance purposes, the NFIP requires all new homebuilding and basement renovations in high flood-prone areas to have flood openings below the lowest elevated floor of the home — typically on at least two exterior walls.

Home insurance is highly specific to the individual needs of the homeowner. To find the best home insurance for your needs, we recommend shopping around for quotes from a few different providers. Check out our Best Home Insurance Companies to find a provider who’s good fit for you.