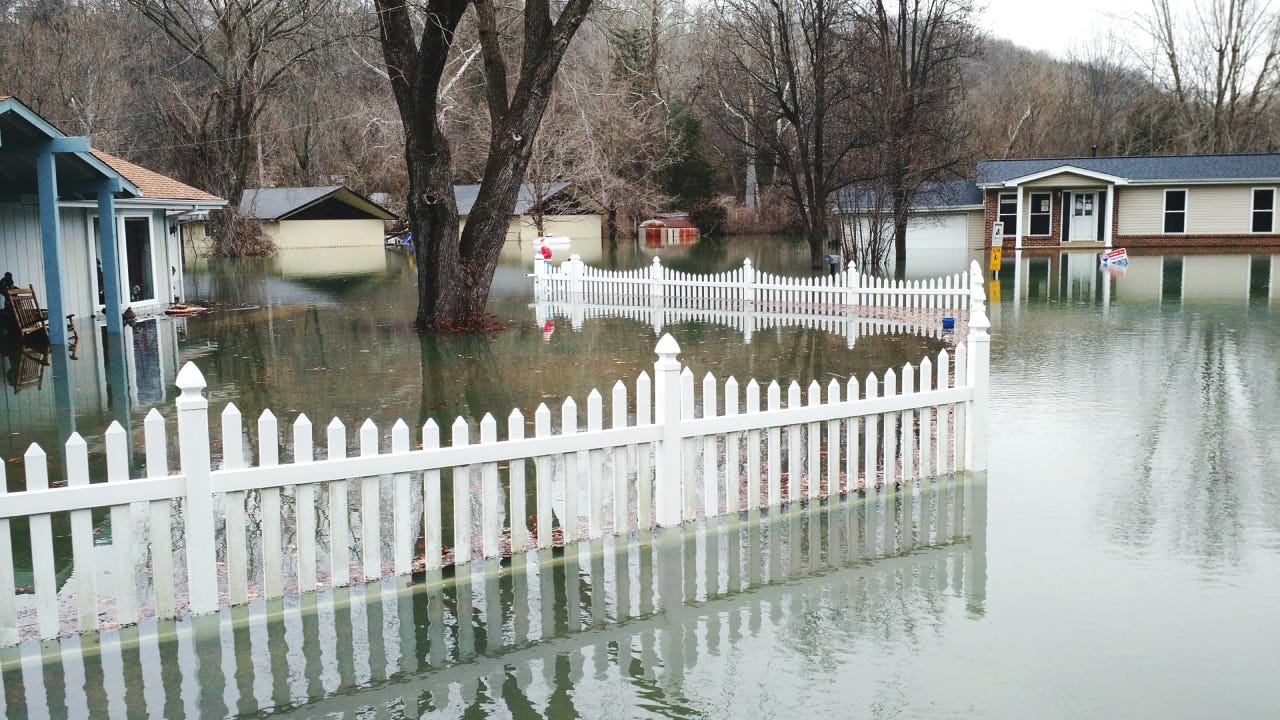 FEMA’s new Risk Rating 2.0 could mean rate changes for your flood insurance, but it depends on where you live. Understanding this new system can help you understand your flood insurance rates and determine whether flood insurance through the National Flood Insurance Program (NFIP) or a private insurer is better for your home. According to FEMA, under Risk Rating 2.0, 23% of NFIP policyholders will see an immediate decrease in the cost of monthly premiums. In comparison, another 66% will see an increase between $0 to $10. By contrast, policyholders would see an average increase of $8 per month at renewal under the previous rating methods.

What is FEMA Risk Rating 2.0

FEMA’s Risk Rating 2.0 is rolling out in phases. Phase one began October 1, 2021, which entailed brand new policies being subject to the new rating methodology. Additionally, existing policyholders who were up for renewal could begin benefiting from immediate decreases in their flood insurance premiums. Phase two takes effect as of April 1, 2022, and applies to all remaining policies that renew on or before that date. At that time, all policies will be subject to the new rating methodology.

Until now, FEMA has been using an outdated model for determining flood insurance costs. Modern sciences, years of data and the inclusion of third-party software, data sets and models have allowed FEMA to create a far more accurate system for determining flood risks and the associated costs. Its new approach takes into account numerous variables, such as individual home value and flood risk, that were not factored previously.

The average annual cost of flood insurance was $700 per year, but that will likely change under the new system. Risk Rating 2.0 will consider a host of variables that weren’t included in the previous NFIP model. According to FEMA, these factors are flood frequency, flood types, proximity to potential flood sources and property characteristics. There is a particular focus on the cost to rebuild the property within the new system. This variable forms a crucial part of the backbone of why FEMA has branded this new system as Equity in Action.

Without incorporating the rebuilding cost, flood insurance prices didn’t differentiate between structures based on unique financial risk. As a result, expensive homes were charged less than their share, while less expensive homes were charged more. The idea is that the more a home costs to rebuild, the more costly that policy should be. That is because a more expensive rebuild leads to a higher-cost insurance claim.

FEMA has stated its goal to improve the equity of the NFIP by making rates more actuarially based. Using more efficient and accurate models, it hopes to better capture financial risk from flooding for different homes. Part of the problem with the older system, as identified by FEMA, was that it could charge two properties the same rate even if one would cost significantly more to rebuild.

The NFIP hasn’t had a serious update on its pricing model in 50 years. In that time, the insurance industry has grown significantly in its modeling systems and datasets. Scientific understanding of floods, associated risks and damages and the weather behind them has also developed considerably in that time. With Risk Rating 2.0, FEMA is attempting to bring the NFIP up to date with modern approaches, many of which are already insurance industry norms.

Even within a state, there is often significant variance between locations. With the new system, more variables go into each rate calculation than before. In some cases, flood prevention steps may be taken to help mitigate the risk of flood damage and potentially reduce rates.

Depending on your circumstances, FEMA rate changes could affect you differently. For some people, there will be no change. For others, their new cost of flood insurance will be somewhat higher or lower than before. If you’re in the market for a home, understanding FEMA’s new rating system can help you make a more informed decision about location or the homeowners insurance coverage you may need in place. Finally, some homeowners may choose to pursue private flood insurance if their new rates aren’t sufficiently competitive.

Read more From Joshua
Joshua Cox-Steib has two years of experience in writing for insurance domains such as Bankrate.com, Coverage.com, Thesimpledollar.com, Reviews.com, and more. His work has also been featured on such sites as Msn.com and BBB.org. His insurance writing career has spanned across multiple product lines, with a primary focus on auto insurance, life insurance, and home insurance.
Edited by
Cate Deventer
Insurance Writer & Editor