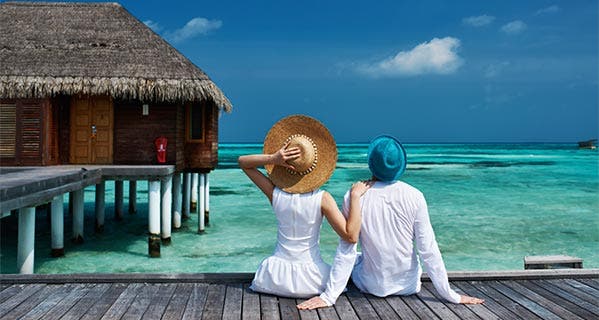 The increasing wealth gap between the richest 1% and the rest of the population will be front and center in the U.S. this year — especially as presidential hopefuls debate the issue heading into this fall’s election — according to a report on upcoming trends by Wealth-X.

The presidential campaigns will be shaped in part by the issue of wealth inequality and how the average person feels about the division, notes Wealth-X CEO Mykolas Rambus. “The most impactful and concerning trend for ultra wealthy individuals is what Main Street feels — and more importantly, does — this year in reaction to perceived and actual growing wealth and income inequality,” he wrote.

The rich are feeling a little unstable about their wealth, however, seeking ways to diversify their investments after a tepid year of stock market performance in 2015 and a volatile first few weeks of the new year.

A dearth of safe assets will cause the rich to shift their wealth, predicts Rambus. Globally, real estate as a safe asset has been tarnished by concerns about terrorism and restricted borders, he wrote.

David Friedman, president of Wealth-X, expects wealthy investors to take matters in their own hands by skipping banks in favor of direct investing. He believes the rich are skittish after losing money during the 2007 to 2009 financial collapse on investments they didn’t fully understand.

Family offices that want to grow their wealth will need to take on more risk, but they will invest in deals they have expertise in and understand, according to Friedman. He adds that this type of direct investing will free up liquidity and result in the growth of new companies.

The rich will never abandon luxury. But while Rambus predicts they will spend less this year than they did in 2015, they will continue to seek status. That might come in the form of experiences, rather than products, he adds.

Luxury manufacturers are slow to catch on to this, Rambus notes. Even as they chase wealth in tony Silicon Valley, they continue to push traditional brands that don’t necessarily appeal to the new billionaire. Rather, they should broaden their offerings to include more intangible indulgences.

“Will tech billionaires want the latest luxury watch? Maybe if they go out and build it themselves, or if they understand the engineering and creation process, or that it’s personalized,” he wrote. “Luxury providers have to re-envision the experience. It’s not about, ‘Here’s an expensive thing; it’s nice and shiny and complicated. Buy it.'”

Has the stock market’s rocky ride made you queasy? Here are some tips for conquering stock market volatility forever.