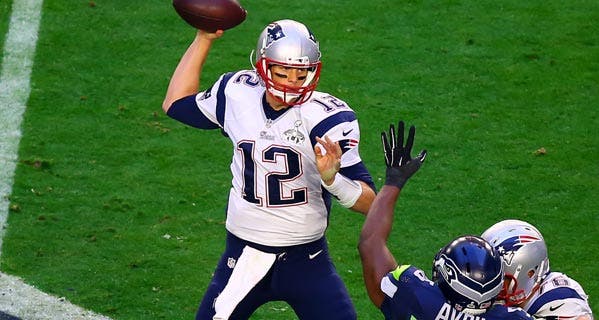 Winning the Super Bowl comes with a lot of glory, not to mention an enormous piece of jewelry. But there is also a nice bonus in the form of cold, hard cash that players earn for competing in the year’s ultimate football event.

A check just for showing up

For many of the players, individual wealth comes from endorsements. And of course, each player negotiates his own contract. But the NFL also pays a bonus to those who make it to the Super Bowl.

According to SBNation.com, the 2015 payout for each of the 53 players on the losing Seattle Seahawks team was $49,000, while the players on the winning New England Patriots team each received $97,000.

In addition to the Super Bowl bonus, there are bonuses for conference championship and divisional games. This year, the Seattle Seahawks players received a total paycheck of $117,000 and the New England Patriots each took home $165,000.

All in a day’s pay

A six-figure check is nothing to scoff at, but for some players, it’s a drop in the bucket. New England Patriots quarterback Tom Brady, 37, is worth approximately $31 million, according to Forbes, with $7 million of that coming from endorsements.

And lest you think the Super Bowl game doesn’t affect your own finances, there is such a thing as a Super Bowl indicator for stocks. Read about what a Patriots win could do for the market.