Cash is king for millennials 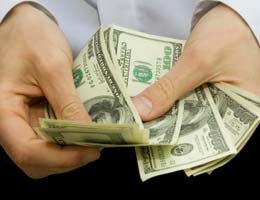 While many are still reeling from the effects of the financial collapse and resulting recession, its legacy may have made the biggest impression on those just coming of age during the crisis. A UBS Wealth Management survey found that millennials are the most fiscally conservative generation since the Great Depression.

“Millennials seem to be permanently scarred by the 2008 financial crisis,” Emily Pachuta, head of Investor Insights for UBS Wealth Management, said in a release. “They have a Depression-era mindset largely because they experienced market volatility and job security issues very early in their careers, or watched their parents experience them, and it has had a significant impact on their attitudes and behaviors.”

Danger in playing it safe

While the reaction to the recession is perhaps not surprising for this generation — only 12 percent of millennials said they would invest found money in the market — a reluctance to get into the market could be problematic for long-term growth of a portfolio.

While interest rates are rock-bottom, investors who play it too safe will lose money to the effects of inflation. Millennials allocate an average of 52 percent of their portfolio to cash, compared with 23 percent for investors of other generations.

But despite their skittishness about investing in the market and their inclination to hoard cash, millennials are quite optimistic about both their own financial future and that of their children, compared with other generations in the survey.

Forty-eight percent of them identify financial freedom as the single most important factor of success, defined by a household income of $220,000. However, a little extra money couldn’t hurt: Millennials believe an additional $1 million would improve their level of happiness.

When it comes to the nuts and bolts of achieving financial success, this generation is not afraid to work for it. Sixty-nine percent believe success requires hard work, 45 percent attribute it to saving and living frugally and 37 percent say it comes down to a good education.

“Conventional wisdom has categorized millennials as ‘entitled’ and ‘lazy’ because they have more than their parents and grandparents did. But this study counters that hypothesis,” Pachuta noted. “Having witnessed both the technology boom and the collapse of global markets, it has made millennials concerned, but resilient, and optimistic for the future.”