Taking an RMD from IRA CD 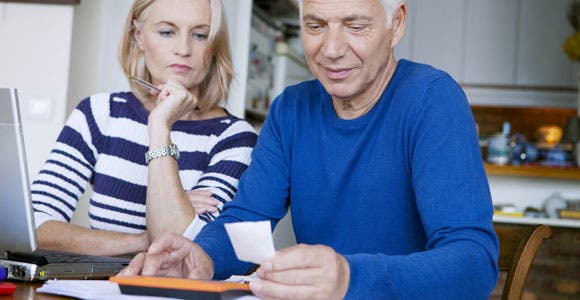 There are a plethora of rules around individual retirement accounts, but the most vexing may be the yearly required minimum distribution, or RMD, which kicks in once the account holder turns 70 years old. The RMD only applies to traditional IRAs; the Roth IRA escapes that necessity.

Figuring out the correct distribution amount is a hurdle in itself but owners of IRA certificates of deposit may have an additional obstacle: the early withdrawal penalties from the bank that issued the CD.

Most CDs intended for IRA purchases are eligible for withdrawals for required minimum distributions, according to Jeff Currie, president and founder of the Currie Financial Group in Boise, Idaho.

“If your readers want to know if the investment CD they are buying is friendly toward our RMDs, they may just need to ask. For clarification, a nonfriendly RMD CD would charge a penalty for pulling the RMDs out,” Currie says.

“CDs that will not waive the early surrender penalty for taking an RMD are common. What is uncommon is not allowing one,” he says.

If RMDs are on your horizon, find out the bank policy before committing your funds to a long-term CD.

Savers also could consider staggering maturities. Buy CDs that mature in waves that coincide with planned withdrawals. It takes a little more work than simply purchasing one CD and drawing from it, but it could save you money in the end. CD laddering also can lead to better CD rates as well.

Learn how to ladder CDs.

Have you ever had a problem with IRA CDs?