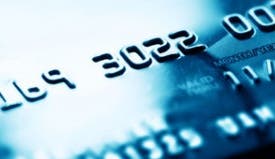 Being a good Samaritan can be difficult, as Bankrate’s Jessica Patel found out recently.

After finding a lost debit card on the subway, editor Patel called the number on the back to report it as lost.

But rather than a quick phone call, she found herself facing Chase Bank’s automated phone system, which did not have an option to report a found card.

She finally got through to a representative and reported the card, asking that the bank ensure that the owner of the card be notified.

“I once lost a card and someone reported it missing for me but my issuer never told me,” Patel says. “I had thought the card was lost in my house. It wasn’t until I went to the bank a few weeks later when they told me someone called it in.”

Assured the cardholder would be contacted, Patel was ready to move on with her day — until the representative told her the card needed to be brought into a Chase Bank branch instead of being cut up and thrown away.

“So now, I have to run an errand as a result of my trying to do a good deed,” Patel says. A quick decision to pick up a misplaced card and turn it in had turned into a significant drain on her day.

Despite Patel’s somewhat frustrating experience, calling the card issuer when a credit card or debit card is found is a better bet than many other options.

Chase spokeswoman Lauren Francis says calling the toll-free number on the back of the card is the best thing to do.

“Upon that call, we’re closing that account immediately,” Francis says.

She says despite Patel’s experience, Chase representatives are supposed to tell good Samaritans to either drop off the card at a nearby branch or to cut up and destroy the card themselves.

Making that call is a smarter idea than handing the card over to a supervisor or employee of the shop, subway or other place where the card is found, says Denise Richardson, a consumer advocate and author of “Give Me Back My Credit!” She says it’s hard to know how honest that employee will be.

Similarly, calling the number on the back of the card is preferred to trying to track down the card’s owner. With the Internet, it may seem easy to look someone up, but “say you call the wrong Mary Jane Wright,” Richardson says. You may be handing over a card to the wrong owner, who may not be as scrupulous as you, she says.

Richardson suggests handing the card over to the police, who can handle contacting the card issuer and the card owner. However, many police agencies are stretched thin, so it’s possible a good Samaritan also can spend some time dealing with that process.

It’s unclear how often lost cards are turned in to the card issuer, and there is no standard industrywide practice for banks when it comes to a person turning in a lost card, says Mike Townsend with the American Bankers Association.

In general, he says a person who finds a card should either drop the card off in person at a bank or destroy it. Both options would prevent anyone else from getting their hands on the debit card and spending someone’s hard-earned dollars.

It’s not easy these days to be a good Samaritan, Richardson says.

“Years ago, it would have been like, ‘Thank you, thank you!'” Richardson says reaction to turning in a lost debit card or credit card. Now, with so many worries about fraud and with fraud schemes being so complicated, there is a risk to picking that card up off the ground or the subway seat, she says.

“You never know what could be a scam,” she says. “Banks need to be very careful and err on the side of caution.”


Have you ever found a lost credit or debit card? What did you do?