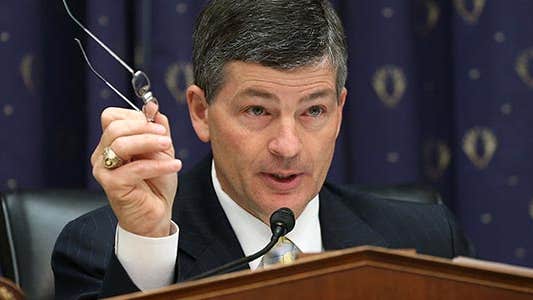 Republicans in the House Financial Services committee have introduced a replacement for Dodd-Frank they say will simplify banking regulation and make it easier and cheaper for financial services companies to comply, while still preventing a future banking crisis.

Under the CHOICE Act, banks who meet limits on the amount of debt they take on relative to their shareholder equity would basically be freed from a number of Dodd-Frank’s toughest rules, including:

Investment banks could also escape much of the heightened scrutiny they’ve faced since Dodd-Frank became law, says Aaron Klein, policy director for the Initiative on Business and Public Policy at the Brookings Institution.

“It would allow large broker-dealers like Goldman Sachs and Morgan Stanley to leave regulation by the Federal Reserve and return to being regulated just like they and Bear Sterns and Lehman Brothers were before the financial crisis,” Klein says.

The current watchdogs keeping an eye on banks, including the Financial Services Oversight Committee and the Consumer Financial Protection Bureau, would also lose much of their independence from Congress, who would gain the power to cut off regulators’ funding if they didn’t like what they were doing.

That’s worrisome, because in the past, regulators who have been closely controlled by Congress have tended to “to see worse outcomes,” Klein says. He cites as an example the regulation of Fannie Mae and Freddie Mac, which had to be essentially bailed out by the federal government. Both enterprises were regulated by the Office of Federal Housing Enterprise Oversight, which was dependent on Congress to approve its funding.

The legislation also calls for the CFPB’s director to be replaced by a 5-person board, and for its name to be changed to the “Consumer Financial Opportunity Commission.”

“Overall, the legislation, as introduced, would be a 180 degree turn from the regulatory system which the industry has been implementing for nearly 6 years,” Klein says.

The bill also contains a few even farther-reaching components, such as a repeal of a Supreme Court’s “Chevron deference doctrine.” That doctrine essentially gives regulators’ interpretations of the laws they are in charge of enforcing preference over other interpretations, which would appear likely to undermine regulation across the federal government.

As it stands, the legislation “stands little chance of enactment this year,” Klein says.

But that may not be the point. Instead, it may be a bid to get a repeal and replacement of much of Dodd-Frank into the “first 100 days” agenda of a Trump administration, should presumptive GOP candidate Donald Trump prevail in the November election and the GOP extend its majority in the Senate.

Jeb Hensarling, the Texas congressman who heads the House Financial Services Committee, met with Trump earlier this week to discuss the legislation, and Trump recently said, according to a Reuters report, that his platform will include “close to a dismantling of Dodd-Frank.”

“Dodd-Frank is a very negative force, which has developed a very bad name,” Trump was reported as saying.

What do you think? Should Dodd-Frank be replaced by this new alternative? Why or why not? Tweet to @ClaesBell