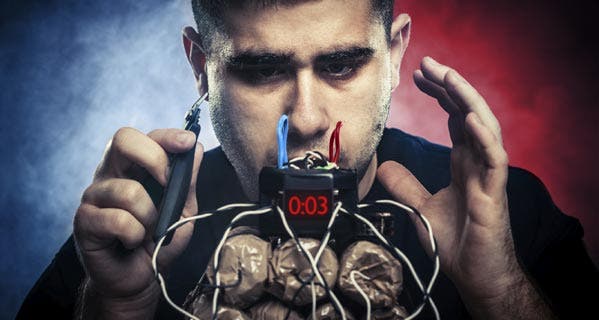 JPMorgan Chase & Co. isn’t just the largest bank in the world, it’s also the most likely to blow a giant hole in the economy if it fails.

A new report released by the Treasury’s Office of Financial Research scores banks on the scale of risk they pose to the financial system, and Chase came in at No. 1 overall by a wide margin.

The banking giant topped almost all measures of complexity, interconnectedness with the rest of the financial system and risk exposure, with a total market exposure of $3.6 trillion. Here’s the entire list, in order of the level of risk they pose to the financial system:

This is the first time the OFR, which was created under the Dodd-Frank financial reform law, has released this type of report, but it probably won’t be the last. Bank holding companies with more than $50 billion in assets have to submit all this information to the Federal Reserve every year, so this ranking looks to become an annual ritual.

That federal regulators are keeping a closer eye on the big picture when it comes to the financial system is a positive step. Part of why they failed to prevent the financial crisis was that regulators were too focused on individual institutions and couldn’t see clearly the instability across the whole banking system.

On the other hand, just knowing Chase or Citigroup or Bank of America are capable of doing severe damage to the economy doesn’t really do much for it. You have to be able to actually step in and limit the damage by winding down a “too-big-to-fail” banks in an orderly fashion, and federal regulators have yet to prove they can do so.

What do you think? Do you worry about another financial crisis happening in your lifetime?